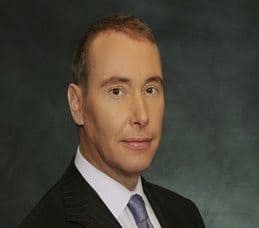 David Schawel: – What’s Jeffrey Gundlach up to? – Few bond fund managers attract as much attention as DoubleLine Capital’s Jeffrey Gundlach. David recently had the opportunity to take a close look at the fund holdings as of 30 September, which can give some valuable insight into how fixed income investors might consider positioning their portfolios.

Reuters: PIMCO’s flagship bests DoubleLine in both YTD return and new assets in October – PIMCO Total Return is up 9.49% this year and attracted $2.4 Billion in October.  That compares to 8.52% and 1.9 Billion for Gundlach’s DoubleLine.

US News: – State pensions could be the next big government bailout. – Now that the presidential debates are over, Americans have heard President Barack Obama and former Gov. Mitt Romney spar over an array of bailouts: auto bailouts, housing bailouts, bank bailouts, green industry bailouts and so on. The bailout not mentioned? A bailout of state pension systems, which is on the horizon unless politicians up-and-down the government food chain get their act in order.

Felix Salmon: Has Australia opened the door for more rating agency lawsuits? – S&P was not doing its job, and as a result a bunch of Australian municipalities lost a great deal of money.  Judge found S&P liable.

Bond Squawk: – A Romney win may turn corporate bond investors into losers. – Tomorrow’s outcome of the U.S. Presidential election may have a significant impact on the U.S. bond market over the intermediate and longer time horizon. While economic growth is at the top of the list of priorities for both candidates, one outcome could create turmoil in the bond markets.

Bond Buyer: – Muni bond issuance up slightly in October. – Municipal bond volume saw a slight bump for the month of October, continuing what has been an upward path for the issuance of new muni debt in 2012.

ETF Trends: – Muni bond ETFs and the election.– Municipal bond exchange traded fund investors could be impacted by the outcome of the presidential election, so they are watching for any potential changes to the federal income-tax exemption status on munis as the government tries to tackle the growing deficit problem.

SacBee: – Compton chips away at its CalPERS debt. – In a case that highlights the debate over pension costs, Compton has sent CalPERS about $2.07 million after getting sued for nonpayment. CalPERS has made clear it will do everything it can to collect payments from municipalities. It sued Compton in late September.

Press Enterprise: – San Bernardino granted added time to plead poverty. – The city of San Bernardino will have more time to prove to the U.S. Bankruptcy Court and its creditors why it’s eligible to declare insolvency.

FT: – Ballots put pressure on US state ratings. – State and local government credit ratings could come under pressure, depending on the outcome of scores of ballot measures up for a vote in Tuesday’s US elections. Rating agencies are warning that many of the measures threaten to limit the financial flexibility of governments and impair their ability to withstand a future economic downturn.

It's a pity that people dont understand what raising interest rates will do to public budgets "@sfconnected: @cate_long hockey stick.