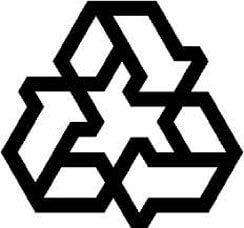 The “great rotation” from bonds into stocks seems to have fizzled out as we start the new year. But some pension funds have taken a contrarian view, selling stocks and buying bonds.

According to the Financial Times a number of pension funds have started the new year by selling stocks to lock in big gains from the last twelve months and invested the money in long dated bonds, taking advantage of rising yields.

And their timing was perfect, after speculation last Friday’s abysmal jobs report may delay the Federal Reserve’s retreat from its $75 billion a month bond buying program, sent yields higher still.

According to the FT, the S&P 500 has slipped 0.5% this month after it registered a total return of 32% last year. In contrast the Barclays index for long-dated Treasury bonds is up 2.5% this month after a total return of -13% as the yield on 10-year notes, which move inversely to price, nearly doubled last year, rising to a level last seen in July 2011.

The move also suggests that a broader rotation out of U.S. fixed income into equities as the central bank tapers its economic stimulus package does not loom in the near term. Something that plagued the bond market for most of last year, after the Fed first hinted at tapering back in May.

William O’Donnell, strategist at RBS Securities told the FT’s Michael Mackenzie. “Pension plans in the U.S. have seen their funding rise 2% during 2013 and are now at their highest level since 2007.”

“One wonders if the great rotation out of bonds and into stocks may reverse a bit this year given the fuller funding levels at private pensions,” he said. “For pension plans it’s the confluence of the rise in equity prices and rise in bond yields over the past year that is behind the move into fixed income.”

Motley Fool: – Municipal Bonds: The best income investment of 2014? – The bond market has been a scary place to invest lately, with soaring rates causing losses in 2013. But in 2014, municipal bonds are starting to look appealing, especially to investors who can benefit from their unique tax advantages.

BusinessRecorder: – Shrinking U.S. municipal fund outflows could signal end of exodus. – A record-setting flood of money from the US municipal bond market may be near an end as the sector’s high yields beckon investors bearing cash from year-end redemptions. In a hint that the relentless sell-off that sucked $62.6 billion out of municipal bond funds in 2013 is winding down, data from Lipper on Thursday showed net outflows slowed to just $18.99 million in the week ended January 8.

BondBuyer: – Munis richer, but still at fair value. – Municipal bonds remain attractive even after their divergence from Treasuries this past week, industry watchers say, suggesting the recent signs of strength in the market may carry into the new year.

Bloomberg: – Largest muni ETF at highest premium with fund outflows slowing. – The biggest exchange-traded fund tracking the $3.7 trillion U.S. municipal-bond market is selling at the highest premium to the value of its assets since May.

Bloomberg: – Detroit bond sale closer as holders offered pennies. – Detroit’s plan to end backfiring interest-rate hedges taken on almost a decade ago is its first step back to the municipal bond market even as investors gird for a return of pennies on the dollar to current holders.

LearnBonds: – Was it crazy to buy these bonds when I did? – Was it crazy to buy Treasury bonds last summer?  Some investors may think so.  I, on the other hand, am certainly glad I didnot wait.  Not only would I be paying more now (still true as of January 10, 2014), despite Treasury yields marching higher in the interim, but I would also have missed out on collecting and accruing a few percentage points worth of interest.

Telegraph: – ETFs may be simple, but don’t forget the ‘flash crash’ of 2010. – Exchange-traded funds offers an excellent range of products, but investors need to beware the risks.

Cliff Smith: – Unique application of moving day average to high yield bond ETFs. – The moving day average (MDA) has long been recognized as a simple tactical growth and risk mitigation strategy for retirement portfolios. The basic idea is to be in a stock/ETF when it is above the MDA, and to be out of a stock/ETF when it is below the MDA. Research has shown that large drawdowns can generally be avoided and overall total returns improved by using the MDA strategy.

FT: – Treasure hunt in U.S. bond junkyard turns tricky. – Hunting treasure in the junkyard of capital markets has been easy in recent years. Junk – or high yield – bonds have rallied strongly since the financial crisis. But as benchmark interest rates start to rise, that search is about to become a good deal more challenging.

Bret Jensen: – Insiders are buying these high yield plays. – High yielding real estate investment trusts (REITs) are one sector that is overrepresented among the top insider buys this week. This makes sense as the sector has vastly underperformed the market as interest rates on the ten year Treasury bond have risen from ~1.6% in late May before exceeding 3% slightly earlier this month.

International News: Emerging market bond sales make bumper start to 2014. – Emerging markets have kicked off their 2014 borrowing campaigns in style, with bond sales since the start of the year up 64 percent from year-ago levels and hefty order books contrasting with weakness in broader emerging assets.

Independent: – Investment advice: Hold fire on emerging market debt. – A new investment sector has been introduced for 2014 in recognition of the growing number of bond funds that invest in emerging markets. The Global Emerging Markets Bond sector encompasses 25 funds from big names such as Aberdeen, Invesco, M&G and Threadneedle.

Investorplace: – Income investing strategies for 2014: Bond ETFs. – Income investors face a brave new world in 2014 that is punctuated by real interest rates trending higher and the Federal Reserve slowly reducing the pace of their quantitative easing measures. This has led to fears of a massive shift in asset allocation from traditional fixed income to equities and alternative investments. In fact, many have abandoned bonds and bond ETFs altogether and have sworn off owning them for the foreseeable future.

Brian Romanchuk: – Do bonds make sense for long-term investors (Part II). – In part one, I argued that the problem with bonds is that long-term bond yields are quite a bit lower than expected long-term equity returns. I argued the main reason to hold long-term bonds is the uncertainty about those equity market returns. In part two I will list a few other reasons to hold bonds in your portfolio.

RGJ.com: – John Waggoner: A few tips for choosing bonds wisely in 2014. – When you stand outside at night and gaze at the stars, your mind turns to the big questions: What is our significance in the bejeweled vastness of space? Are there others in far-off planets who feel and think as we do? What will the yield on the 10-year Treasury note be this time next year?

BusinessRecorder: – Bond funds worldwide attract $5.3 billion inflow: BofA. – Investors poured $5.3 billion into bond funds worldwide in the latest week while pulling profits out of stock funds after market gains in 2013, data from a Bank of America Merrill Lynch Global Research report showed on Friday. The inflows into bond funds in the week ended January 8 marked the biggest cash surge since May of last year, while stock funds posted outflows of $400 million. Demand stumbled for funds that mainly hold US stocks, which posted outflows of $2.2 billion.

Bloomberg: – Bonds captivate $16 trillion of pensions. – Bond buyers stung by the first losses in more than a decade can look to pension funds from companies such as Ford Motor Co. for a measure of redemption.

FT: – Boring bond markets wait for evolution. – Bond markets have become quite boring. For several months, the chief interest of the market has been the US Federal Reserve’s programme of quantitative easing. But the questions investors have been trying to answer are when the Fed would begin to wind down its asset purchases and at what pace.

Funds Europe: – PIMCO-source ETF gives exposure to covered bonds. – Given that it is tough to find high-yield blue chip stocks nowadays — especially because of the big gains in the equities markets — it’s certainly worth taking a look at fixed-income alternatives, especially since the Treasury yield is near 3% (for 10-year securities).

TRIB Live: – Funds can be risky business. – That mutual fund you bought, figuring it would shield you from pain in the stock market, may turn out to be a wolf in sheep’s clothing.

Financial News: – PIMCO ready to drive harder into assets beyond bonds. – Pimco, the $2 trillion bond manager, will accelerate its diversification into equities this year, according to chief executive Mohamed El-Erian. He compares the situation to building a highway.

FundWeb: – Investors swing toward bond funds and cash at 2014’s start. – Fund investors poured money into bond portfolios and cash while selling equities in the first full week of 2014, in contrast to the apparent start of the ‘great rotation’ at the beginning of last year.

FT: – Funds raise exposure to long-dated bonds. – A new year rotation out of US equities into long-dated bonds is being driven by pension plans locking in their big gains from stocks over the past 12 months and taking advantage of much higher yields.

FT: – Yield-hungry investors snap up U.S. homeless bond. – A bond backed by a homeless shelter would not, at first glance, appear to be the stuff of investors’ dreams. But as demand for debt backed by commercial mortgages has soared in recent months, yield-hungry investors are rushing to snap up new deals that bundle up loans to non-traditional properties – from data centres to water parks.

a very fast pace emerging in the municipal bond market for a usually very sleepy Monday – bond bears are in full retreat at the moment..