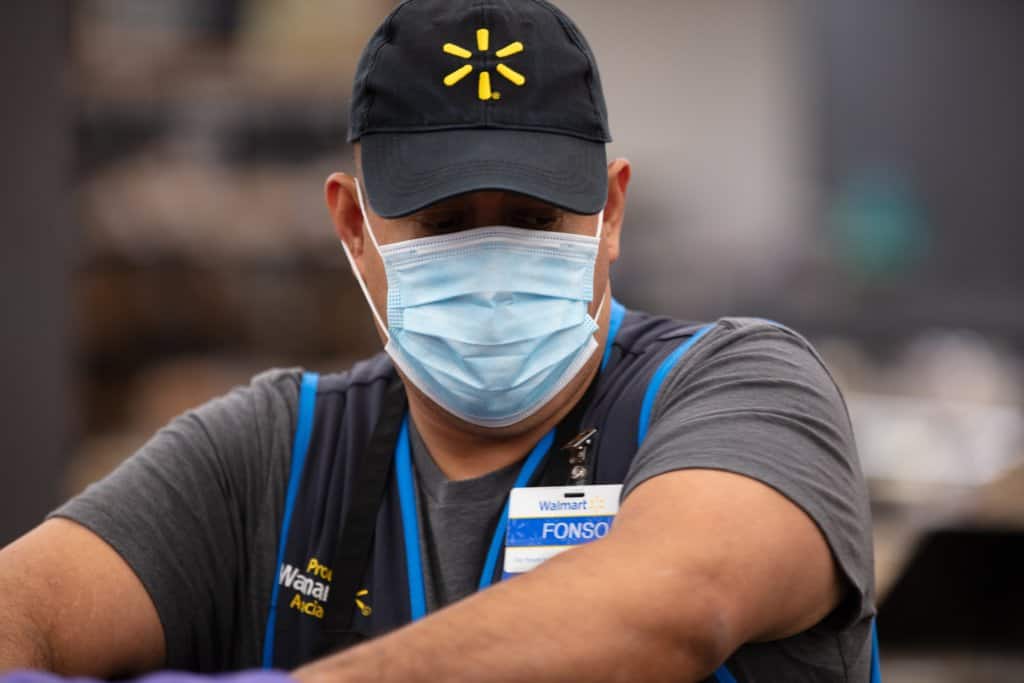 Walmart (WMT) is expected to show it has emerged as a winner of the health emergency when it reports results on Tuesday, as the retail giant managed to grow its e-commerce unit during lockdown.

Analysts expect another set of strong results, even if they are not as spectacular as the previous quarter, which saw the company’s US internet sales rocketed by 74% fueled by coronavirus pandemic stockpiling.

Earnings per share in the period are expected to take a hit of 3.9%, potentially ending the three-month period at $1.22 per share, down from the $1.26 per share the company brought the year before.

What analysts expect from Walmart?

For the second quarter, analysts expect that the firm reports higher revenues from its e-commerce unit, driven by the introduction of same-day delivery, a service offered in partnership with grocery delivery service Instacart.

However, a reduction in profitability in the second quarter is also anticipated, caused by a shift to higher sales in lower-margin categories, as unemployment fears see shoppers spending less on premium products.

Meanwhile, Walmart has provided extra bonuses for its workers during the pandemic, while it has also invested heavily in protective gear and other in-store safety measures, with these added expenses expected to have an impact on the firm’s bottom-line results.

What are Walmart (WMT) shares doing prior to the announcement?

Walmart shares have been struggling to jump above a long-dated upper trend line from 2018, with the stock failing to break through this resistance in mid-April and later in mid-May.

However, a recent surge seen in the first few days of July as a result of the launch of Walmart+, a service that will compete with Amazon Prime, could provide the gasoline needed for another push towards this resistance line.

A closer look at the one-day chart shows that the recent price action is forming a continuation pattern known as a pennant, which indicates that the stock could be poised to break above the wedge in the next few sessions.

A confirmation that this break is taking place would come from a spike in trading volumes, with the height of the triangle indicating that the next move could retest that upper trend line possibly at the $138 – $140 level.