Verizon (NYSE: VZ) stock price continues to trade in the range of $50 to $60 over the last twelve months. The range-bound movement is due to soft financial performance. It’s stock price currently trades around $58, slightly lower from 52-weeks high of $61 a share.

The company missed revenue estimate for the second quarter by $349 million. Its Q2 revenue of $32.1 billion declined 0.4% from the previous year period.

The growth in wireless service revenue was offset by lower than expected revenue from wireline service revenue and wireless equipment revenue. Its FIOS video dropped by 52K compared to the consensus estimate for a decline of 54,470.

Chairman and CEO Hans Vestberg said, “Verizon made history this quarter by becoming the first carrier in the world to launch 5G mobility. We are focused on optimizing our next-generation networks and enhancing the customer experience while we head into the second half of the year with great momentum.”

Its earnings per share of $95 cents in the second quarter declined from earnings of $1.00 per share in the previous year quarter.

With the decline in revenue and earnings, its cash flows also dropped from the previous period. Verizon has generated $15.8 billion in operating cash flows in the second quarter. This represents a decline of $600 million year over year in Q2. 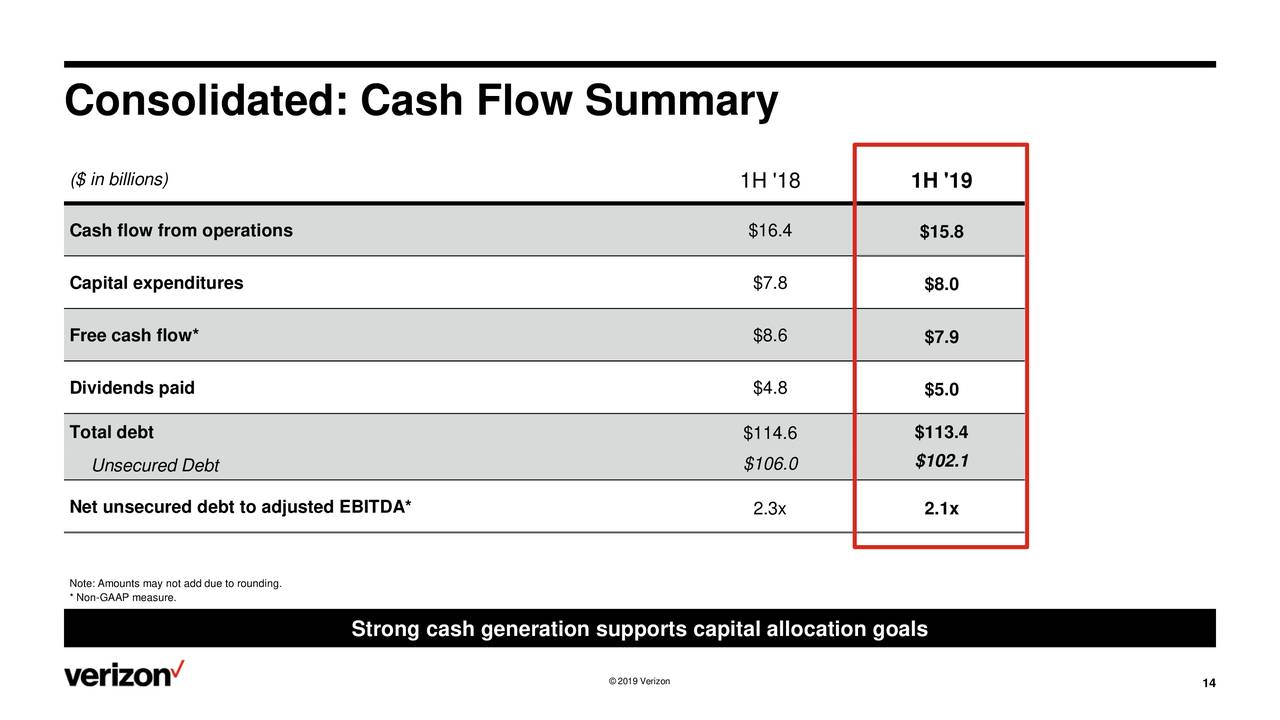 The company expects its revenue to drop slightly in fiscal 2019 compared to the previous year. Its adjusted earnings per share are likely to increase at a low mid-single-digit rate this year. Consequently, lower financial numbers could create a negative impact on Verizon stock price.