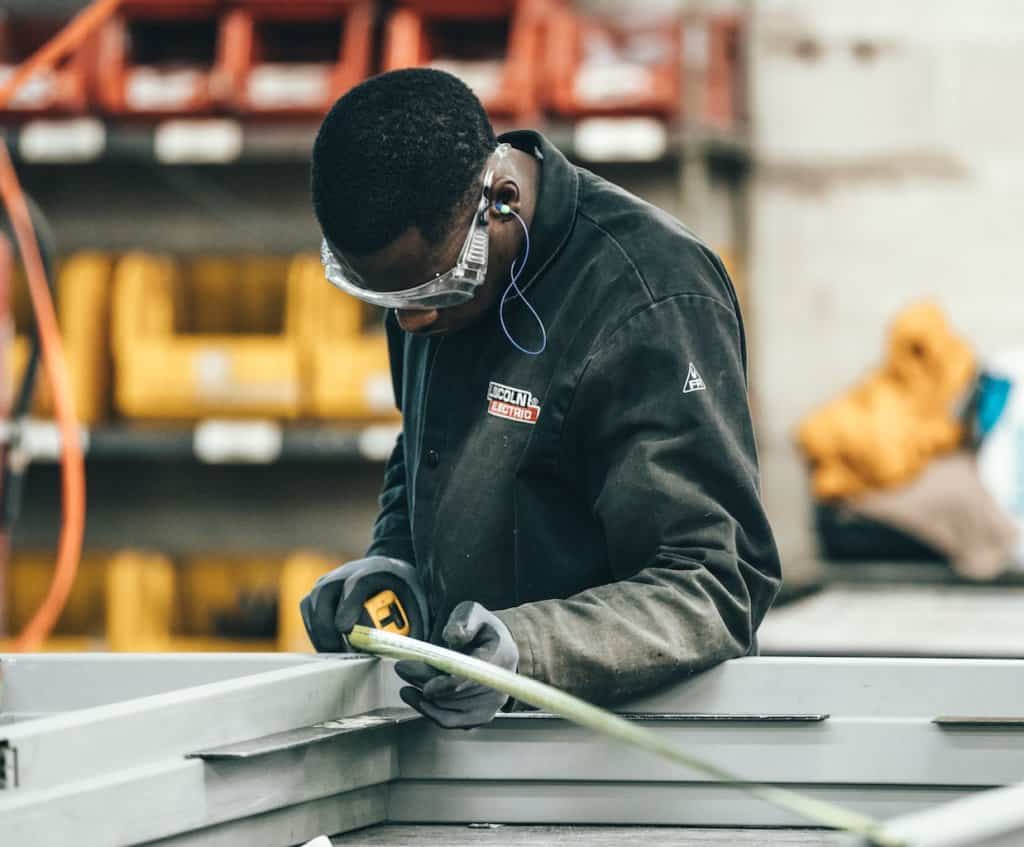 Approximately 20.5mn Americans lost their jobs in the month of April, according to an official report from the US Department of Labor released this morning.

The report, which was highly expected by the investment community, revealed that the unemployment rate landed at 14.7%, lower than the 15% to 20% rate most economists were expecting for the month.

This staggering number of job losses surpassed a previous post-World War II record of 10.8% unemployment, which makes the current level the worst that America has faced since the Great Depression of 1929, when the unemployment rate peaked at 25%. 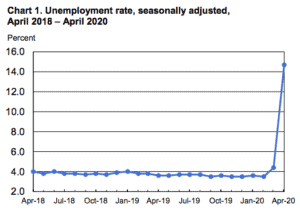 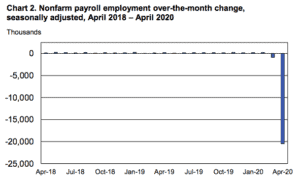 Meanwhile, job losses spread across a multitude of economic sectors, contradicting the views of many economists who were expecting a heavy concentration of lay-offs in the tourism industry, as these businesses have been the most impacted by the economic fallout resulting from the outbreak.

According to the report while the hospitality industry recorded a 47% unemployment rate, with 7.6mn workers laid off during the month, other economic sectors including education, health care, professional and business services, and retail also posted job losses above the 2 million threshold.

This particular aspect of the report points to the reality that the impact of the health emergency in the country’s economic growth has extended beyond the most virus-sensitive areas, affecting the chances of a potential V-shaped recovery after everything is back to normal.

Markets have performed positively after the numbers were released, as major US stock indexes opened the session with gains for their 3rd consecutive day. So far this morning, the S&P 500 is ahead 1.2%, while the Dow Jones Industrial Average and the NASDAQ advanced 1.3% and 1.1% respectively. 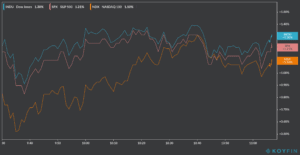 Chief strategist at Principal Global Investors, Seemah Shah, commented on the report: “Not only do the payroll numbers clearly set out the magnitude of the economic devastation that had already been trailed by incoming economic data in recent weeks, but it weighs heavily on expectations for the recovery”.

Contrasting with this view, chief investment officer from Bleakley Advisory Group, Peter Boockvar, told CNBC in a recent interview: “The market knows that the job losses are self-inflicted due to the widespread shutdowns”. He added: “Now that we are beginning the reopening process the market assumes many of these people will hopefully get hired back over the coming months and quarters”.

Many states in the US, including California, have been progressively easing their lockdown measures to restart their economies, to avoid further job losses. However, experts have warned that rushing towards a full-blown reopening could trigger a spike in the number of virus cases. As of this morning, there were nearly 1.3 million confirmed cases and 77,161 deaths in the North American country.