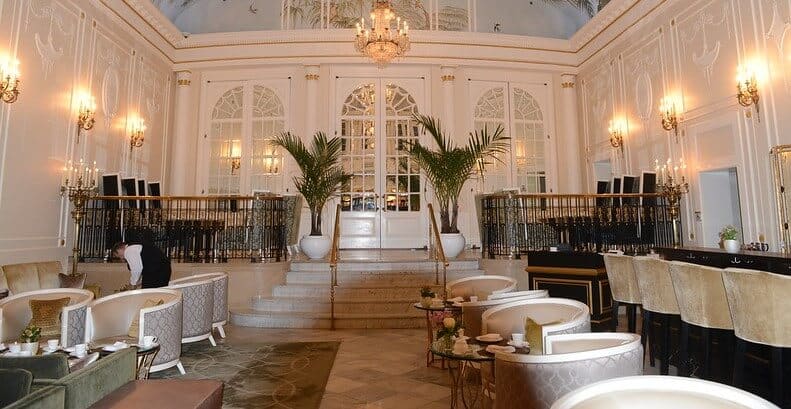 The travel industry is suffering a devastating phase as a result of the coronavirus pandemic that has seen borders closed, air travel cancellations and business lockdowns.

Marriott, which manages just under 7,000 hotels worldwide, has been noticing early signs of improving demand in China where the health crisis is being brought under control, but the disease still grips Europe, the US and other regions across the rest of the world.

Compared with February levels, occupancy and revenue per available room (RevPAR) have declined significantly in March across all regions except Greater China, Marriott said in a statement on Tuesday. Ahead of its first-quarter earnings report, Marriott expects worldwide systemwide RevPAR to decline approximately 23% in the first quarter 2020. RevPAR in North America is expected to fall 20%. The company stated that current occupancy in North America is nearly 10%, but in Europe it is below 10%. In the first week of April, occupancy increased 20% in Greater China.

The group also unveiled a new $1.5bn revolving credit facility. Shares of the company, which owns the Ritz-Carlton (Montreal bar, pictured) and St. Regis luxury hotel brands, rose as much as 7.5% to $83.30 in pre-market trading on Friday. The stock is down 47% this year.

A material improvement will not be seen until all restrictions have been lifted and the global pandemic is contained but the world’s second-largest economy slowly reopening for business saw the number of closed Marriott hotels in Greater China fall to just under 20 as of Tuesday, from more than 90 hotels in mid-February.

Other major hoteliers like Hilton Worldwide, Wyndham Hotels & Resorts, Inc. WH, and Hyatt Hotels Corp. have also been impacted by the coronavirus outbreak.

A spokesman for Hilton told investors that it is still too early to “estimate the financial impact of this unprecedented situation, which is highly dependent on the severity and duration of the pandemic”. As Hilton has suspended operations in 1,000 hotels across the world, RevPAR in March is estimated to have fallen to 56% to 58% and a 37.7% drop in stock price in the last three months.

Both Marriott and Hilton have issued preliminary first-quarter performance results, indicating they can’t issue a realistic financial forecast due to so many parts of the world having yet to stabilize from the global outbreak.

Analysts expect that smaller companies like Wyndham Hotels & Resorts, Choice Hotels, and Extended Stay America will become lucrative mergers and acquisition targets compared to bigger companies like Marriott, Hilton, and Hyatt. It is possible that even bigger players may be forced together in a favourable regulatory environment once the crisis is over.