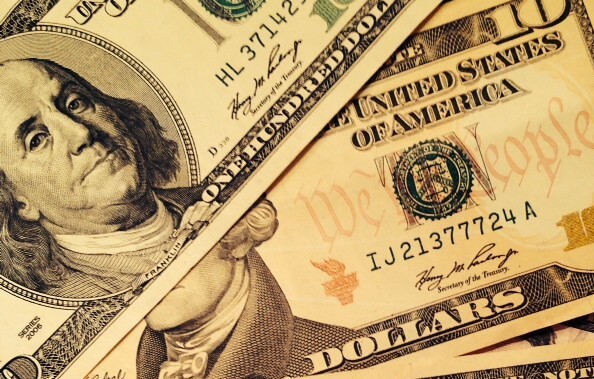 The US dollar appears to be set for further declines in June, following the month’s historical pattern of steady drops and amid investors prepared to look for risker assets as economies emerge from coronavirus lockdowns.

The value of the greenback, as reflected by the US dollar index (DXY), has been sliding steadily since May 26, losing 3.4% until this morning when it is trading at 96.40, down from a year-to-date peak of 102.43 at the height of the health crisis. 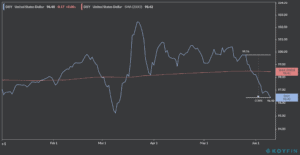 Investors were drawn to the North American currency during the first three months of the year, seeking safe haven from a deteriorating macroeconomic environment around the world, as virus cases spike in most latitudes.

However, this attitude is now shifting towards a higher appetite for riskier assets amid hopes of a global economic recovery and a flattened curve of new cases in most of the developed world.

Steven Englander, head of G10 forex research at Standard Chartered, told Bloomberg that the US dollar “has no big advantage in a risk-on world”, citing that investors are fleeing from the currency as they see “economic light at the end of the Covid tunnel”.

Moreover, the North American currency has seen declines in eight of the past ten years during the month of June, following strong upsides during May as a result of weaker results in the US stock market during that month – also known as the sell-in-May trend.

However, the pandemic has torn some of these seasonal patterns, as reflected by May’s decline in the value of the greenback, which caught traders off guard, causing reluctancy as to take long positions on the US currency, fearing deeper declines on the horizon.

On the other hand, analysts point out that certain events could end up turning the tables for the US dollar in the short run, including a potential second wave of the virus and higher US Treasury bonds yields.

There’s “very real potential for a second wave of infections to occur in the fall, which could mean a renewed move to ‘safe haven’ asset classes”, said Kristina Hooper, chief global market strategist at Invesco.

Meanwhile, bond yields for US Treasury bills have climbed back from their early May bottom, with the 10-year issue jumping from its year-to-date low of 0.490% to 0.796% during today’s session, as investors flee from the negative yields offered by some European bonds.

All eyes are on today’s Federal Open Market Committee meeting of the US Federal Reserve, even though no major decisions are expected, but seeking some hints as to the overall health of the US economy.