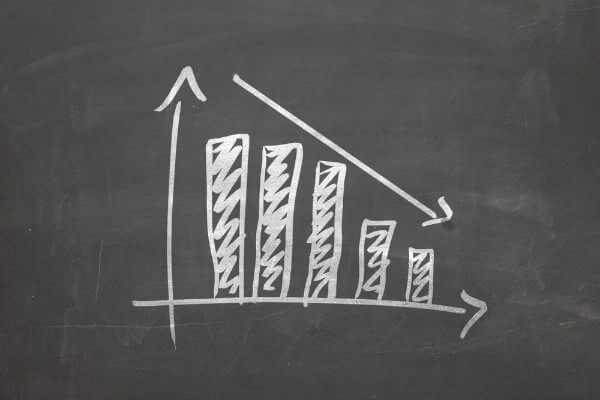 The United Kingdom’s ten year gilt hit an all time low in trading on Thursday as the effects of the European Central Bank’s quantitative easing program appears to be taking hold of the country’s debt market. Yields hit a low of 1.396% on the market,

German yields followed by hitting an all time low on Friday morning. The country’s bonds are sitting at yields of less than 1% for the first time ever, and are sitting close to record lows set by Japanese bonds last year.

The overflow from the Eurozone bond market means that UK yields are expected to stay low for quite a while, but investors betting on continued rises in prices seem to be ignoring one of the expected effects of UK growth. Inflation is supposed to be on the horizon in the UK, at least according to the country’s central bank head.

If inflation does manage to return to 2% in the next couple of years, those buying bonds at current prices will certainly lose money, and may lose it for long periods of time. The price of UK bonds signals an unwillingness to believe in the future as laid out by Mr. Carney, something which doesn’t bode well for the country’s economy.

Bond yields are not predictable

As bond prices rise, investors are wondering where the top of the market can possibly be, and whether the actual inflow of ECB money into the market is going to effect them beyond the expectations already priced into the market. Bond traders are beginning to line up on either side of the argument, but problems remain with the predictability of the market.

Although it seems clear that the actions of the ECB have compressed yields across the European Union, the effect of QE in the United States and the United Kingdom did not follow that path. Those countries both saw yields stay relatively high as a result of their asset purchasing programs. The reigning theory suggests that money flew out of the bond market into the stock market as investors ran from low return markets and took risks in order to drive performance.

A similar trend has been seen in the European stock market since the announcement of quantitative easing, but bond yields have been heavily compressed. German bonds have increased in price by more than 40% since the start of the year, well ahead of the movement in equities on the continent.

If inflation does pick up in the Eurozone, it will likely be exported into the United Kingdom because of the amount of trade between the two currencies. Inflation could destroy the value of bonds bought by investors in recent weeks, and would reek havoc on the bond market in general. After the US example, where a massive asset purchase program did nothing to stop deflation, investors seem unwilling to bet on QE’s inflation abilities.

The ultimate effect of quantitative easing won’t be clear for years, but investors should be aware that following everybody else into trades based on the general rules of central bank intervention is a very risky way to play the markets. With other risks on the European horizon, yields and the stock market may have macro conditions aside from ECB intervention to deal with in the months ahead.