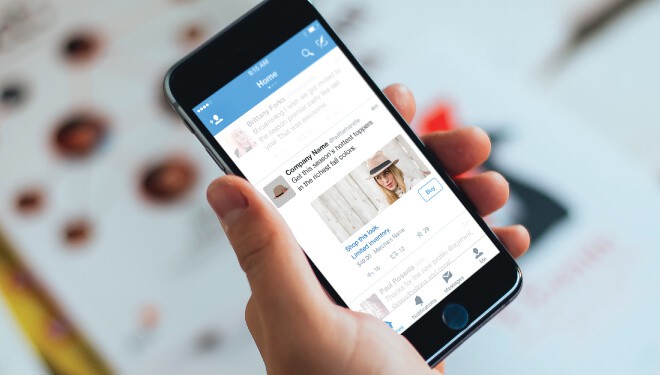 Twitter Inc (NYSE:TWTR) has rolled out GIF buttons that allow users to tweet animations that have already been made for any occasion. The social media outlet is working with GIPHY and Riffsy on the initiative. Want a GIF to cover a trending topic? Twitter has you covered.

A graphical interchange format, otherwise known as a GIF, is a bitmap image format that supports brief animations. With around 100 million GIFs shared on the microblogging website last year, this move only made sense.

Let’s say that you want to express a certain mood or reaction to a trending topic, whether it’s the Grammy Awards or the NBA All-Star Game. You scroll over to a button that lies between the photos and polls option. You click that button and what appears is a library of GIFs that can be inserted into your tweet.

The tech firm said Wednesday that the native GIF search would be available on the desktop, Android and iOS. You simply tap it and look through an array of GIFs using keywords. This will be powered by GIPHY and Riffsy, two very popular GIF search engines.

GIFs aren’t necessarily new to Twitter. The social network said last year that GIFs and videos would autoplay inside users’ timelines. But with this brand new feature, it’s certainly going to boost its usage. If you’re ever annoyed by the GIFs then just click the mute button.

“GIPHY delivers real-time GIFs as they happen, helping to power Twitter’s live commentary and conversation,’ said Alex Chung, founder and CEO of GIPHY, in a statement. “GIPHY’s users are creating GIFs for news, entertainment, sports, and expression that can enrich Tweets. We’re excited to work with Twitter to make sharing these GIFs even easier.”

Native GIF searches are now a part of messaging apps everywhere, from Facebook Inc (NASDAQ:FB) Messenger to Tinder. As Twitter wants to increase user accounts and user engagement, the company had to mimic the actions.

Meanwhile, websites like GIPHY are hoping that one day the feature becomes so prevalent and widespread that it can soon sell “promoted GIFs” to brands and marketers. Although the firm doesn’t generate any revenues, it did note that it had raised $55 million from an immense $300 million valuation.

What’s your GIF reaction to GIPHY’s valuation with zero revenues?

Twitter and its CEO Jack Dorsey have been working diligently over the past 12 months in improving its service. After its stock fell 63 percent in the last 12 months, the website had no other choice but to do something to shake things up. Will it reach its prominent $50 a share again? It’s trying.

Already this year, Twitter has revamped its suite of executives, removed ads from VIPS’ timelines, enhanced its video app Periscope and announced it would raise its 140-character limit.

Of course, that’s not all. In 2015, it was nothing but changes. It made conversations easier to follow, introduced a birthday celebration feature and updated and renovated its design.

Twitter shares were up six percent during Wednesday’s mid-day trading session at $17.33.