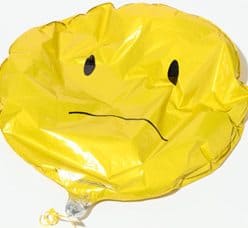 U.S. 10-year bond yields fell this week to within a few basis points of five-month lows. raising concerns that benchmark yields are not playing to forecasts of rising rates. Analysts say that recent Treasury strength is partly due to rising tensions in the Ukraine aligned with relatively soft data at home.

But according to the FT, “the move has made some traders nervous, their anxiety a function of a market wrong footed.”

Earlier this year Bloomberg surveyed 66 economists who showed an average forecast for 10-year Treasury yields of 2.98% in the second quarter of this year. With yields rising to 3.35% by the fourth quarter. But that’s not how its played out. By mid-session on Wednesday, benchmark yields were 2.65%.

Compare that to three-month Eurodollar interest rate futures which are displaying record net bearish positioning by speculators – short 1.2 million contracts – indicating increasing expectations that borrowing costs will rise, probably by the middle of 2015.

Haven flows in the light of the equity market’s recent “momentum” shellacking and Ukraine tensions are explanations that will be considered more benign, because both may prove relatively fleeting. Says Jamie Chisholm of the FT.

A more worrying scenario for equity-focused bulls is that the bond market senses a deflationary environment is approaching.

This echoes a recent statement from the IMF who drew attention to the harm being caused by what it called “stubbornly weak price increases” over the past five years since the start of the financial crisis, urging central banks the world over to increase their efforts to coax inflation up.

The IMF is worried that low inflation will undermine the global recovery, in part because it makes debt too expensive to service. While a weaker currency is great for nations with high export income, since they can earn more of their own money when they sell their products, a weak currency is counterproductive for nations with enormous debts, since it requires more of the local currency to cover loan payments and interest.

LearnBonds: – Want to reduce your tax bill? Consider municipals. – With our annual settlement with the IRS having come and gone, you may be breathing a sigh of relief for the first time in a few weeks. However, if line 61 (total tax) on your 1040 was a bit more than you anticipated this year, now’s probably as good a time as any to be thinking strategically about your investment assets and next year’s tax bill.

Fox News: – Puerto Rico’s new bonds plummet to a record closing low. – In more dismal news for the United States territory, the price of Puerto Rico’s newest bonds once again fell, notching its lowest session-ending price since their debut a month ago.

CNN Money: – Munis on the rise. – You’d think that with bankrupt Detroit fighting to slash payments to its bondholders, Chicago’s debt being downgraded because of pension problems, and Puerto Rico’s credit rating being reduced to “junk” status, these would be hard times for municipal bonds. Well, you’d be wrong.

BlackRock: – Getting to know municipal bonds. – Have you acquainted yourself with the municipal bond market? If you’re interested in keeping more of what you earn, it’s a market you need to know.

USA Today: – UBS’ Cashin: 10-year note is ‘thermometer’ for angst. – Trying to take the temperature of the financial markets? If so, keep an eye on the 10-year Treasury yield, it’s akin to a market “thermometer” measuring market angst, says Art Cashin of UBS.

Investment Executive: – IOSCO report sees risks in growing corporate bond market. – Corporate bond markets are becoming increasingly important to the real economy, raising a new set of risks and opportunities as those markets grow and evolve, says a new report from the research department of the International Organization of Securities Commissions (IOSCO).

Income Investing: – Junk bond default rate at 1.7%, lowest since 2008 – Moody’s. – The default rate among junk-rated U.S. companies keeps shrinking to ever-more negligible levels, and it fell to 1.7% at the end of the first quarter, its lowest level since February 2008, from 2.2% the prior quarter, Moody’s Investors Service said today.

Bloomberg: – Junk buyout loans eclipse ’07 record in deal making frenzy. – The U.S. junk-loan market has never fueled so much dealmaking. A total of $85 billion of loans have been raised this year to finance acquisitions, topping 2007’s record pace, data compiled by Bloomberg show.

ETF Trends: – A Mixed case for some EM bond ETFs. – Market observers and portfolio managers have mixed views on emerging markets debt. Some believe yields are not yet high enough to justify the risks. Those with more optimistic views argue swaps and yield spreads have priced in scenarios for some emerging markets, including higher interest rates and increased default rates, that are unlikely to materialize.

WealthFront: – What role should bonds play in your investment portfolio? – According to a recent report by the Bank of International Settlements the amount of global debt passed an ignominious milestone last year, rising from $70 trillion in mid-2007 to over $100 trillion by the middle of 2013.

Forbes: – Buy bonds with moving parts. – For the last few years there has been an inner voice telling bondholders “rates have nowhere to go but up.” That’s why skittish fixed-income investors stampeded into adjustable-rate-bond funds last spring when interest rates bumped up. But there is a smarter strategy than selling in panic or merely sitting on the sidelines.

Reuters: – Bonds shine again as Great Rotation gives way to asset reflation. –  Last Thursday morning investors queued around the block to buy the bonds of recent defaulter Greece, and by the end of the day were selling U.S. tech stocks furiously.

Motley Fool: – Should you ever buy a bond mutual fund? – There has been much discussion in recent years about the fees in equity mutual funds, and for good reason. With management expense ratios (MERs) over 2%, it has become very difficult for these funds to beat their respective benchmarks, and most of them don’t.

MT @MuniCredit: Detroit UTGOs effectively sub to pensioners far outweighs establishment of UTGOs as secured via spec rev. A neg for the mkt

We’ve gone from analysts being appalled GOs would be cut at all in BK to “74% recovery restores view that GOs are sacrosanct.” Hilarious.