(Bond Market Recap for August 2nd, 2012) Treasuries advanced for the second day after the European Central Bank said little about reigning in spiraling borrowing costs of Spain and Italy and a surprise decline in US factory orders weakened investor sentiments further. 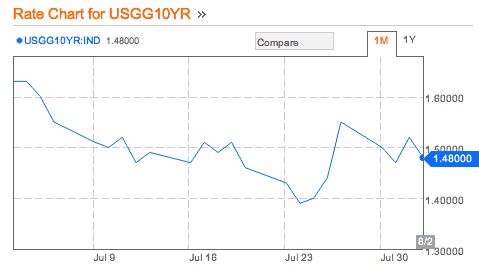 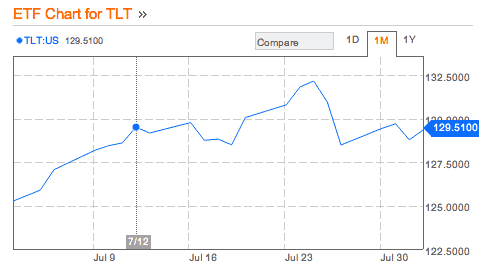 US stocks extended losses for the fourth straight session as the indexes closed lower Thursday after the European Central Bank failed to announce concrete measures to halt the advance of the ongoing debt crisis.  The Dow Jones Industrial Average (DJIA) closed 92.18 points, or 0.7 percent, lower at 12,878.88, clawing back from the day’s 193 point loss with 26 of the 30 components falling in red. Aluminum maker Alcoa (AA) was among the day’s biggest percentage decliners, losing 2.97 percent on the day. Chevron (CVX), Coca Cola (KO) and IBM (IBM) were the other biggest losers. 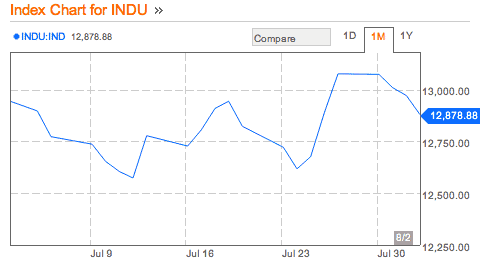