(Bond Market Recap for August 27th, 2012) Yields on 10-year Treasuries dropped to near two-week lows as prices surged over speculation US Fed chief Ben Bernanke will argue in favor of more bond purchases in his Aug 31 speech in Jason Hole, Wyoming. European Central Bank president Mario Draghi is due to speak at the symposium Saturday as well and investors are worried to see the central bankers lay the foundation for further accommodative policies. 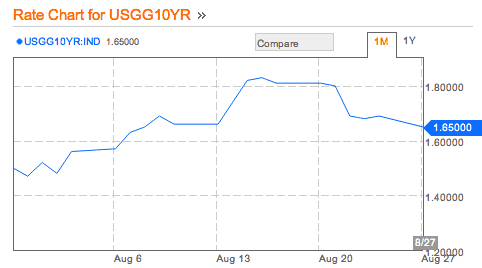 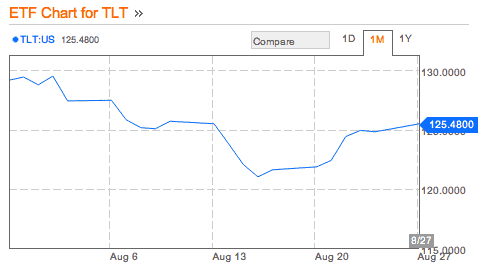 US stocks closed mixed with the blue-chip indexes ending lower as investors decided to wait for signals of further monetary easing by the Federal Reserve ahead of chairman Bernanke’s speech later this week.  The Dow Jones Industrial Average (DJIA) dropped 33.3 points, or 0.3 percent, to 13,124.67, with 20 of the Dow’s 30 components closing lower as breadth turned negative. International Business Machines Corp (IBM) slipped 1.1 percent following its announcement to buy human-resources software maker Kenexa Corp (KNXA).  United Technologies (UTX), Cisco (CSCO) and McDonald’s (MCD) were among the stocks that ended the day higher. 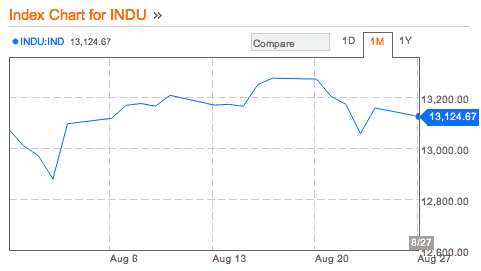 The S&P 500 Index (SPX) lost 0.69 points to close at 1410.44 with tech and utilizes outperforming and natural resources and telecom lagging among its 10 business groups.