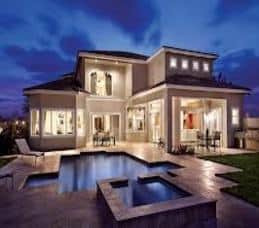 In November, Toll Brothers, through Toll Brothers Finance Corp. issued $250 million of 5.625% coupon senior unsecured notes.  Despite trading a bit over par, the notes still offer an attractive yield for the given level of credit risk.  Here are the highlights of the 2024 notes:

For readers less familiar with Toll Brothers, here is a bit of background on the company:

Investors willing to purchase individual bonds with non-investment grade ratings should consider the newly issued Toll Brothers Finance Corp. notes, CUSIP 88947EAQ3.  With that said, it is important to recognize the risk associated with the “Special Mandatory Redemption.”  Should the purchase of Shapell Industries’ single-family residential property business not be completed prior to May 31, 2014, the notes will be called at par.  If you purchase the notes at a price too much above par, it is possible to lose money on the investment.  This is true even when factoring in accrued and unpaid interest that would be paid when the notes are called.

Finally, the notes are currently trading at a yield that seems too high relative to the rest of Toll Brothers’ outstanding senior unsecured notes.  I attribute this to the risk of the “Special Mandatory Redemption” actually occurring.  If the deal with Shapell Industries closes as planned, I suspect the current premium (from a yield perspective) to other Toll Brothers’ notes outstanding will narrow.  Investors therefore currently have the opportunity to capture more yield than would otherwise be the case if the 2024 notes didn’t have a “Special Mandatory Redemption.”