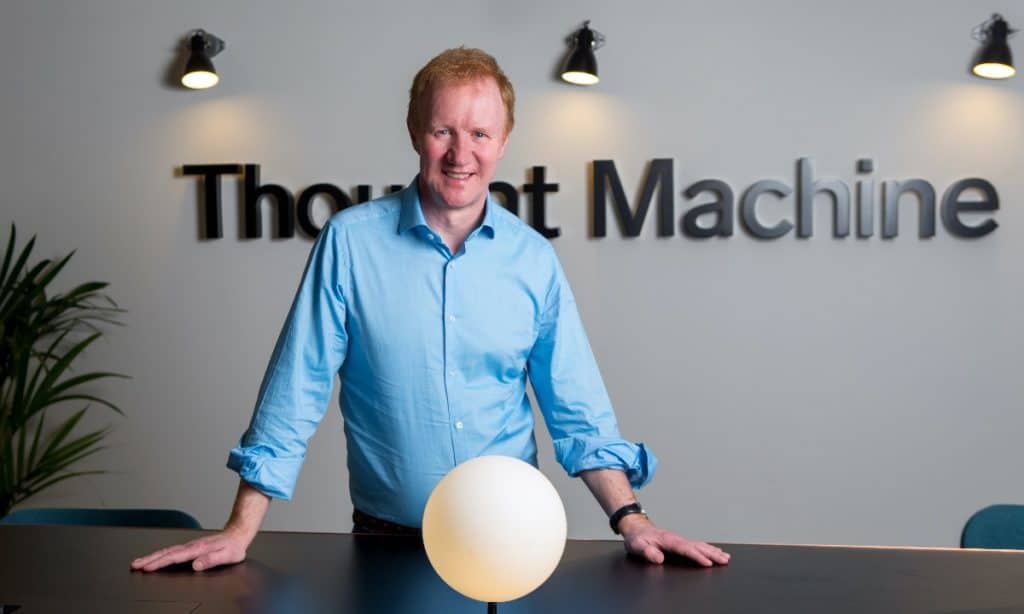 Thought Machine has raised $83m (£64.74m) in a funding round led by Draper Esprit as the UK fintech startup gears up for launches in the US and Asia Pacific.

The cash call was led by the London-listed tech-focused venture capital firm that has also backed fintech unicorns Revolut, N26 and Transfwewise.

Thought Machine provides banks with a platform to offer more innovative products like those offered by app-only banks. High street lenders struggle to produce new features for customers at the same rate as smaller startups due to the limitations imposed by their large legacy systems. Its clients include  Lloyds Banking Group, Standard Chartered, SEB and Atom Bank.

The London-based fintech was founded in 2014 by chief executive and former Google engineer and Paul Taylor (pictured).

Thought Machine, which employs 300 staff, said it plans to launch in Australia, Japan and the US later this year. Last year, it opened an office in Singapore to market its services in the region.

Draper Esprit investment director Vinoth Jayakumar said: “Our investments in Revolut and N26 demonstrate how banking is undergoing a once in a generation transformation in the technology it uses and the benefit it confers to the customers of the bank. We continue to invest in our thesis of the technology layer that forms the backbone of banking.”

He added: “Thought Machine stands out by way of the strength of its engineering capability, and is unique in being the only company in the banking technology space that has developed a platform capable of hosting and migrating international Tier 1 banks.”

Thought Machine’s Taylor said this funding came “at a pivotal stage in the company’s growth”.

Taylor added: “The customer demand is huge, and this investment allows us to grow rapidly enough to serve all our target markets. As well as international expansion, we will put further investment into our core technology, ensuring that banks will always have the best possible cloud native platform, and allow them to keep up with technology breakthroughs in the future which bring agility, security, resilience and good economics.”