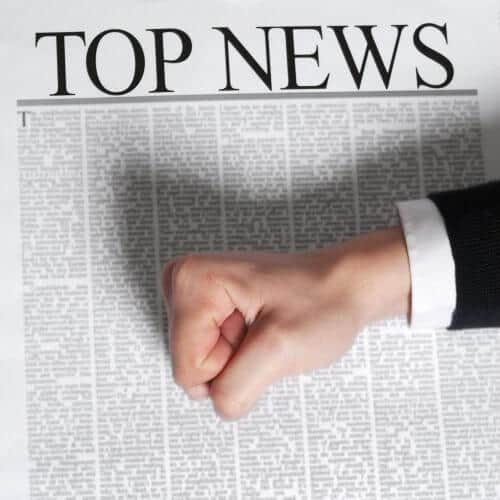 LearnBonds: – Boeing stock looks overpriced. – As one of two leading manufacturers of commercial jetliners in the world and the second largest defense contractor in the country that spends more than any other on its military, Boeing is one of the jewels of American industry. An anchor of the U.S. export economy, and a member of the Dow Jones Industrial Average since 1987, it’s consistently considered one of the best-managed and most admired companies in the world. But it’s not like BA never has a down cycle.

LearnBonds: – Puerto Rico debt restructuring. – Puerto Rico seeks to restructure debt backed by utility and highway revenues. In the bond world, a debt restructuring is tantamount to a default as it almost always results in affected bondholders receiving less than par and cessation of interest payments. Haircutting investors could provide significant relief to Puerto Rico’s balance sheet. Of course, if the Commonwealth cannot solve its woes, further bondholder-unfriendly actions could occur.

MarketWatch: – Tobacco bonds prove unlikely muni market leaders. – Opportunistic buyers like hedge funds have supported a rally in tobacco bonds this year, as the embattled corner of the high-yield municipal bond market shrugs off a dominating narrative of decline.

Morningstar: – Muni market mid-year update. – The municipal bond market faced a rather tough year in 2013, with news of troubles in Detroit, Puerto Rico and elsewhere scaring off some investors. This year hasn’t exactly been smooth sailing for the muni market either, but the waters seem a bit calmer.

FT: – U.S. develops a taste for Asian bonds. – Debt bankers in Hong Kong and Singapore are having more and more late nights. But rather than wasting the twilight hours at the local drinking hole, many are stuck at their desks waiting for a call from the other side of the Pacific. The reason: success or failure of Asian bond sales – which used to be a predominantly local affair – is increasingly influenced by appetite from credit investors in the U.S..

Citywire: – Draghi has ‘superseded’ the Fed, says bond star Mather. – Mario Draghi’s decision to use several different stimulus tools shows how the ECB is following through on its commitment to revive the eurozone region.

LPL Financial: – Bond market perspectives – Behind the curve. – Despite the Fed labeling the recent inflation increase as “noise,” longer-term bond yields rose, inflation expectations increased, and the yield curve steepened — all signs of the bond market pricing in inflation risks. As the low inflation pillar of year-to-date bond strength fades, it may be one more reason to be cautious in the bond market.

The Nation: – $1.5tn worth of global bonds issued in first five months: S&P. – Global corporate new bond issuance has been robust in the first five months of 2014, totaling US$1.5 trillion, but remains lower than the nearly $1.6 trillion issued during the same period in 2013, according to Standard & Poor’s Ratings Services.

FT: – Bond traders bet the Fed has got it wrong on interest rates. – Once more bond traders are betting the FOMC is being too optimistic about the economy and that interest rates will remain low well into this decade.

Donald van Deventer: – Target corporation bonds: Expect more, pay less. – Target Corporation’s 10 year annualized default probability is 0.23%, which ranks in the safest 10% of the retailing peer group. However, they rank in the bottom one-third of all heavily traded bonds on June 23 using the criterion of credit spread to default probability ratio.

Market Realist: – Corporate debt trends—have high-yield investors had enough? – While investor flows in high-yield and leveraged loans (BKLN) mutual funds were negative, investment-grade mutual funds reversed last week’s trend with net inflows of over $1.9 billion in the week ending June 18 (Source: Lipper). We had talked about the possibility of reversals in investment-grade flows this week in our last corporate bonds update.

MoneyBeat: – For bonds, the ‘century mark’ is here to stay. – Corporate bonds are beyond the “century mark” – and could very well stay there for the rest of the year.

MoneyBeat: – Tired of paltry junk-bond yields? Try these alternatives. – Junks bond yields these days are about equal to what a one-year Treasury bill used to fetch back in the old days (really, it’s a fact). So if junk doesn’t present the same rewards it used to, where should a yield-seeking investor go? Barron’s Jack Hough dropped by the MoneyBeat desk with some ideas for dividend-paying stocks that have growth potential and work as viable alternatives to junk bonds.

Market Realist: – Why are junk bond yields the lowest ever on record? – Returns on high-yield debt correlate more to stock market returns rather than the returns on other forms of debt, as spreads between investment-grade and non-investment grade bonds usually decline due the belief that high-yield debt would have improved debt servicing ability in an economic expansion.

InvestmentNews: – Emerging-markets rebound hasn’t convinced everyone. – Last month investors sent $45B into emerging markets, the most money to developing countries in 20 months, despite Fed taper.

PIMCO: – The evolution and future of emerging markets fixed income. – As the emerging markets (EM) fixed income asset class evolves, investors want to know which trends are lasting and which are fleeting. To that end, looking at the major inflection points over the history of the asset class can provide a useful perspective. One very relevant theme that emerges is: Innovation in the EM asset class has often followed periods of global financial market volatility.

The Province: – Despite Argentine woes, emerging market debt story ‘is positive’. – Argentina’s latest debt crisis is another black eye for emerging markets, but fixed-income investors who trade in the region are unfazed by the troubles and remain steadfast about the high-quality, high-yield opportunities that reside in the developing world.

FT Adviser: – Confidence in EMs halves in two years. – Confidence in emerging market investment returns has plummeted in recent years, according to a major survey of global asset managers.

Businessweek: – Emerging markets show biggest premium since ’12 with ETFs. – Investors are returning to developing-nation ETFs after pulling $31 billion from them in the year through March on concern that the end of easy-money policies from central banks and flare-ups of violence from Thailand to Ukraine would destabilize markets.

FT: – World Bank sells first ever ‘cat bond’. – The World Bank has issued its first ever catastrophe bond as hunger for yield allows developing countries to transform their fiscal position.

Barron’s: – Best sources of income in a low-rate world. – The bond market has made a habit of defying expectations, and it has stayed true to form in 2014. The conventional wisdom was that yields would rise as the economy improved and as the Federal Reserve scaled back its bond-buying program. Instead, rates have fallen. That’s good news for bondholders, but frustrating to income-hungry investors, especially those who continue to expect rates to rise.

Chicago Tribune: – Can’t decide where to invest? You’re not alone. – If you are agonizing over where to invest your money, you aren’t alone. The pros are there with you — nervous about stocks and bonds as clear opportunities become fuzzy in both. As the best and brightest fund managers talked at Morningstar’s three-day conference in Chicago last week, they repeatedly expressed reservations.

Kiplinger: – Great funds to own in retirement. – A smart way to assemble any investment portfolio, including a retirement portfolio, is to put your money in low-cost, no-load mutual funds. Here are a few funds that can help you meet your retirement goals (all returns are through June 25).

ETF.com: – New active ETF planned. – Wells Fargo is the latest bank outside of the ETF space to file for permission to launch its own brand of active ETFs, continuing a trend of mutual-fund-focused firms looking to get a piece of the growing ETF market.

MarketWatch: – Bond mutual funds hold more cash than you think. – If there comes a day that retail investors decide to pull all of their money out of bond mutual funds at once, it would register pretty high on the list of bond market nightmares.

Morningstar: – 3 Good funds with big credit risks. – Don’t expect funds that have fared well during the rally to hold up during a correction. The Morningstar Medalists below placed in the bottom half of either the high-yield bond or bank-loan categories in 2008 but fared much better in 2009.

ETF.com: – 10 Top-performing ETFs in first half of 2014. – Treasury bond ETFs may have dominated the headlines in the first half of the year with a performance that few anticipated as yields dropped. But it was commodities, gold miner and international equity funds linked to India that stood out with outsized returns in the first six months of the year.