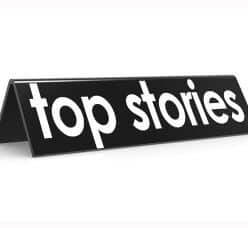 Learn Bonds: – Caterpillar: Hold, don’t buy, this core holding. – Caterpillar Inc., a worldwide leader in the manufacture and sale of heavy equipment and diesel engines, deserves to be a core holding, and if you own it, keep it. But I’m reluctant to recommend starting a new position at current valuations.

LearnBonds: – Better-than-expected jobs data and the financial media’s muted response. – The financial media was stunned by the muted response of the bond market to last Thursday’s better-than-expected jobs data. With a print of 288,000 jobs, one might have expected the yield of the 10-year Treasury note to run somewhat higher. However, long-term interest rates are very much the province of inflation pressures.

LearnBonds: – Consider this before abandoning bonds for bond equivalents. – Income-focused investors would be well advised to pay special attention to their inflation-adjusted yields.

Learn Bonds: – Retirement planning for millennials – Getting Started. – The first in a series of articles aimed at helping millennials get on the investing lader.

Bloomberg: – Franklin muni fund declines to record low on Puerto Rico losses. – A Franklin Templeton Investments municipal-bond fund with the industry’s biggest allocation to Puerto Rico has sunk to the lowest in its 29-year history as prices on the struggling commonwealth’s debt set record lows.

Businessweek: – Munis cheapest to Treasuries since March amid biggest ‘14 exodus. – Municipal bonds are the cheapest in four months relative to Treasuries as speculation that debt from Puerto Rico will default spurs the biggest exodus from local-debt mutual funds since January.

Bradenton Times: – What is duration, and why should I pay attention to it? – The Federal Reserve’s actions over the next year could be important to bond markets, particularly if and when the Fed decides to increase its target interest rate. Since bond prices typically move in the opposite direction from yields, rising bond yields will translate into a decline in bond prices.

Bloomberg: – Bond investors ignore cries of `wolf’ and pile back in. – Investors are tired of analysts predicting the bottom will fall out of the bond market.

Time Money: – A simple trick that will help you understand the bond market. – The up-is-down world of bonds can be hard to keep straight. This chart turns things right-side up.

LPL Financial: – LPL Financial Research – Irrepressible bonds. – Fixed Income & Investment Strategist Anthony Valeri looks back at the bond markets first half performance and discusses the outlook for the second half of 2014.

Wall St Cheat Sheet: – 3 ways rising interest rates change the game. – It seems that the Treasury bond market, which has been incredibly strong this year, might be topping out.

Barron’s: – Charts do not look good for Treasury bond market. – (Subscription Required). Last week’s trading may have been shortened due to the holiday, but it packed a lot of action. And while Dow 17,000 makes for a nice headline, the real action took place in the Treasury bond market as a rising trend was broken to the downside. Lower bond prices and higher yields are now a real possibility.

WSJ: – U.S. government bonds rise after Fed minutes. – Treasury bonds rose for a third straight session Wednesday as the minutes of the Federal Reserve’s June policy meeting suggested the central bank is in no rush to raise interest rates.

Donald van Deventer: – Bank of Nova Scotia and Goldman lead 20 best value bond trades for maturities of 1 to 5 years. – We rank the “best value” trades by the ratio of credit spread to matched maturity default probability.

Money Marketing: – Richard Woolnough: The merits of investment-grade corporate bonds. – There have been few significant challenges to the generally positive environment for fixed interest assets in recent months.

FT: – Corporate bond sales hit five-year highs. – Global companies have turned to international debt markets in the first half of 2014 to meet their funding needs, seizing on low borrowing costs and strong investor demand to push sales of corporate bonds to the highest level in five years.

Businessweek: – Complacency breeds $2 trillion of junk as buyers seek fertilizer. – These are boom times for complacency. To gauge just how comfortable the world of debt has gotten, consider.

Benzinga: – High yield bond ETFs have hit a plateau. – The high yield bond market has continued to reap the benefits of low interest rates and a hunger for yield that has fixed-income investors climbing down the credit ladder. This healthy demand has helped push prices in many junk bond ETFs to all-time highs, which in turn has pressed yields near historical lows.

ValueWalk: – From tactical to core: The case for emerging market debt. – A dominant theme over the past few years has been the search for yield, particularly when accompanied by low volatility. Given the meager return on cash, investors have been moving into credit in search of additional returns and into asset classes with perceived levels of low volatility.

CNBC: – What taper tantrum? EM bonds return to peaks. – Emerging market bonds have been a hot trade this year as prices fell in the wake of convulsions following last year’s “taper tantrum,” but some analysts say the rally may have run its course.

Businessweek: – Argentine bonds jump on prospect of settlement with holdouts. – Argentine bonds surged the most in emerging markets on speculation the South American nation is moving toward settling with holders of defaulted debt.

Western Journalism: – Money to be made in Venezuelan debt if you can stomach the risk. – If you are looking for a high yield in emerging markets, you need to look in Latin America.  And if you look at LATAM, your choice is really between Venezuela and Argentina.

WSJ: – Diversified investors, don’t lose your balance. – Investors with diversified mutual-fund portfolios would have been hard pressed to lose money in 2014’s first half, but that doesn’t mean it’s time to go all-in on stocks or bonds.

ETF.com: – Ferri: The risk of short-term bond funds. – I never bought into this shorter-is-better mentality. My view has been to remain in intermediate-term bonds even if though interest rates were low, assuming you don’t need all the money in the short-term.  This is the case for most retirees and people who are saving for retirement. Staying intermediate-term has worked best most of the time, and the past three-five year period is no exception.

BlackRock: – Trying to “Fed Proof” your portfolio? Beware of the risks. – As head of BlackRock’s Multi-Asset Portfolio & Investment Consulting team, I get a courtside seat to investor trends. Since the Fed’s tapering announcement last May, many investors have been extremely worried about how rising interest rates will affect their portfolios. Unfortunately, in their quest to “Fed-proof” their fixed income investments, some investors are unintentionally taking on other types of risk-and in doing so, losing diversification and increasing their exposure to volatility.

Focus on Funds: – Bank loan funds have ‘design problem,’ pose risks: Moody’s. – Moody’s Investors Service today joins the fund executives and analysts who warn of potential trouble in bank-loan mutual funds and ETFs. The firm says those funds suffer from a “structural design problem” that could result in “reputational risks” for their creators, such as Eaton Vance, Fidelity Investments and Invesco, if and when the funds don’t behave the way investors expect.

David Fabian: – Not all short-term bond ETFs are cut from the same cloth. – The popularity of short-term bond ETFs has continued to gain steam in 2014. In the wake of Federal Reserve taper fears and rising interest rates last year, many fixed-income investors flocked to these low duration funds in an attempt to shelter their portfolios from decline.

Money Marketing: – Are growing strategic bond funds losing their nimbleness? – n the shadow of a thriving equity bull run, fixed income has become a difficult asset class to find yield in. It is no wonder then that strategic bond funds have experienced a surge in popularity as more investors opt for managers who have a greater degree of flexibility over what they can hold and where they can invest.