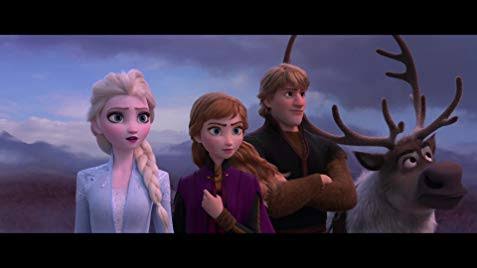 The Walt Disney (NYSE: DIS) shares have been receiving support from its studio business as its recent film releases reached record numbers. The success of Frozen II along with the potential launch of The Rise of Skywalker is helping in setting new records at the global box office. Moreover, the successful launch of Disney Plus is adding to sentiments.

The Walt Disney shares rallied more than 35% since the beginning of 2019. DIS stock price is currently trading around an all-time high of $150. Market pundits expect DIS shares to sustain the upside momentum in the coming days.

The Success of Studio Business Supports The Walt Disney Shares

The Frozen II crossed the $1 billion mark last week. This represents the sixth release of the year from Disney to join the billion-dollar club. Consequently, the entertainment company already passed the $10 billion mark for the first time in history.

The company has previously broken the box office record in July when it breached its own $7.6B record set in 2016. Moreover, the result does not include the recent acquisition of 20th Century Fox and Star Wars.

The stronger than expected performance from the latest film releases would help in strengthening its revenues for the final quarter. The company had generated a 52% year over year increase in Q3 revenues from studio businesses. Consequently, its consolidated revenue also grew 33% year over year in the latest quarter.

Disney Plus is Adding to Sentiments

Disney Plus has generated higher than expected subscriber growth. The research firm Apptopia data shows that the Disney Plus app has been downloaded by 22M times to a mobile device since its launch.

The research firm also suggests that almost 9.5 million people daily use the Disney Plus app. On the other hand, the reports are also suggesting that Disney is getting 1 million subscribers per day. Overall, several catalysts are supporting the extension of a bullish trend for The Walt Disney shares.