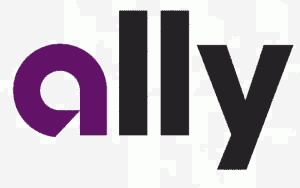 Have you seen an ad for Ally Bank recently on TV?

Ally Bank positions itself as different than other banks:

It offers great customer service, innovative products, and high interest rates. Clients can always speak to a real human being with only short delays before being connected by phone.

Additionally, Ally Bank has pioneered products such as  bump up certificates of deposit (where you have the potential to get a higher rate as interest rates move up) and no penalty CDs where there is not even in small penalty for taking money out before the maturity. To top it all off, its interest rates tend to be higher than the national average.

Is this some innovative scrappy start-up that is challenging the banking giants?

Nothing could be further from the truth.  This is an old bank, that just a few years needed a big financial infusion from the US taxpayer to survive. In fact, the US government owns the majority of Ally Bank.

Ally Bank used to be GMAC

Ally Bank is the new name taken by GMAC Bank. Over 90 years ago, in 1919, General Motors Corporation started the General Motors Acceptance Corporation (GMAC) as a provider of financing for people who wanted to buy GM automobiles. GMAC bank expanded to offer mortgages in 1985 and then traditional retail banking services in 2000.

GMAC’s mortgage arm, renamed “ResCap” for residential capital, became heavily engaged in subprime lending around 2005. At the end of 2008, the Treasury Department invested $5 billion in GMAC in TARP (Troubled Asset Relief Program) funds to rescue the failing bank. With subsequent injections of capital, by December 2010 the United States Treasury owned 73.8% of Ally.

Taking “corporate welfare” has a stigma. Who would want to put money in a relatively small bank that needed a major rescue only a few years ago? However, the Ally Bank that is around today is a very financially healthy institution. Its been reported that the bank will make $1 billion dollars in profit this year.

The most important factor for depositors may be that Ally Bank is FDIC-insured, under the same conditions and with the same guarantees as any other FDIC-insured institution. So within FDIC insurance limits, depositors can be reassured about the safety of their funds, while Ally Bank works to turn a “near death” experience into “born again” service and profitability.