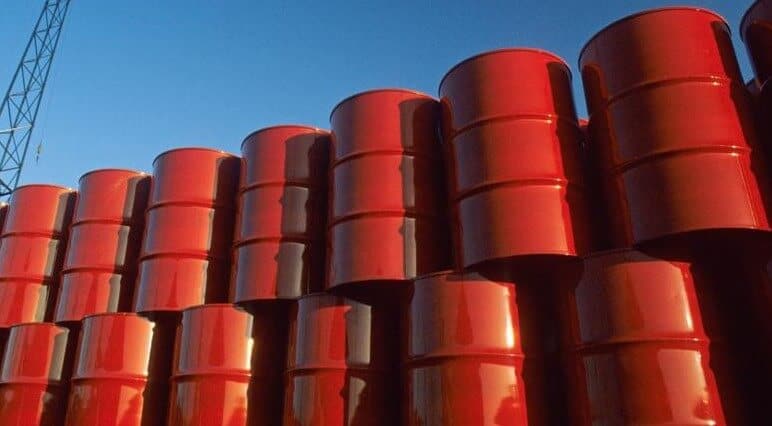 The collapse in oil demand, caused by a price war and the coronavirus pandemic, has left oil producers facing the possibility of being forced to give crude away as they run out of space to store an unprecedented glut of crude.

The price war between Saudi Arabia and Russia has led to an increase in production, which has already sent oil crashing to 18-year lows.

But the health emergency has seen a growing number of countries effectively shut down their borders and bring entire industries to a halt, in a bid to contain the disease. This means that storage facilities, refineries, terminals, ships and pipelines eventually could hit capacity — something that hasn’t happened since 1998, according to Goldman Sachs.

This could lead to traded crude prices hitting zero, and then falling into negative territory, where producers pay to have their crude taken off their hands.

Analysts at Goldman Sachs have warned the outcome of the coronavirus outbreak is “extremely negative for oil prices and is sending landlocked crude prices into negative territory.”

Energy analysts warn that global oil storage could reach its maximum capacity within weeks due to the coronavirus crisis dramatically reducing consumption. Some of the world’s biggest crude producers have started to ramp up their output.

The outbreak of the virus coincides with the collapse of a three-year pact between OPEC and non-OPEC partners to curb oil output, paving the way for oil producers to increase production.

International benchmark Brent crude traded at $27.06 Thursday morning, and has collapsed by over 65% in the first quarter as many oil producers have nowhere to send their crude when refineries shut down.

“The price is trying to go to a level to force companies to keep the oil in the ground. If it has to go negative to incentivize that behavior, then it will,” Jeff Wyll, a senior energy analyst at Neuberger Berman told CNN.

Some obscure grades of oil already have actually dropped below zero as a result of the glut. Wyoming crude grade was recently bid at negative 19 cents a barrel, Bloomberg News reported last week.

Following weeks of a price war with Saudi Arabia, Russia announced it will not increase crude production given the oversupply in the global market. The growing tension between the former OPEC member and other major players led to US President Donald Trump announcing a meeting with Saudi Arabia and Russia with the goal of staunching the historic plunge in oil prices.

In the fallout from Moscow rejecting an oil production pact with Saudi Arabia, shares of Russian oil companies plunged in March. State-owned Rosneft recorded a 20% drop — equivalent to a $15bn fall in value — while Gazprom shares crashed by almost 25% initially, before regaining some ground to stand 15% down.