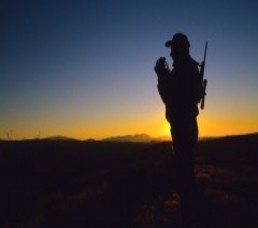 Investors often have a home country bias when it comes to their fixed income portfolios, which means they are generally too reliant on domestic issues. Today, however, there are a number of reasons why investors should consider maintaining a strategic benchmark allocation to emerging market debt.

In recent posts, I’ve highlighted some of these arguments, including the increased stability and improving fundamentals of emerging market countries. But since so many investors are asking me lately about emerging market debt, I figured I’d expand on the case for this asset class in this post. Here’s a bit more on four arguments favoring exposure to emerging market fixed income.

Fading inflation risk: While investors in emerging markets were reasonably concerned about inflation in 2011, inflation appears to be a fading risk in most of the large emerging market countries, the exception being India. Chinese inflation is currently running at 3.6%, roughly half the level of last July. In Russia, inflation has fallen to 3.7% in March from nearly 10% last May. Even in Brazil, a country with a history of stubbornly high inflation, consumer price inflation has dropped to 5.2% in March, down from 7.3% in September. International Monetary Fund estimates suggest that this trend should continue, with emerging market inflation expected to fall throughout 2012.

Diversifying hedge: Emerging market bonds add diversification and a hedge on the dollar, although they are more volatile than domestic bonds. And for those wishing to avoid the foreign currency exposure associated with international bonds, there are dollar denominated emerging market bonds and funds that offer the incremental yields without the foreign currency risk.

Russ initially joined the firm (originally Barclays Global Investors) in 2005 as a Senior Portfolio Manager in the US Market Neutral Group. Prior to joining BGI, Russ managed several research groups focused on quantitative and top down strategy. Russ began his career at Instinet in New York, where he occupied several positions in research, including Director of Investment Strategy for both US and European research. In addition, Russ served as Chief North American Strategist for State Street Bank in Boston.