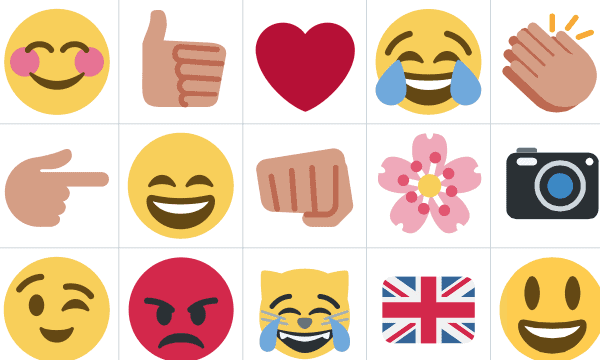 Twitter Inc. CEO, Jack Dorsey finally made the first big change in Twitter. On Monday, bigger emoji was released for the direct messages. Now, they look like the ones found in Facebook Inc or Snapchat. The new “life-sized” emoji will be available on Twitter’s main website and app. It’s still not clear whether they will be available in third party clients like Tweetdeck or Tweetbot.

In a recent tweet, Twitter shared: “Emojis are already a big deal in Direct Messages. We just made them bigger. Send super-sized emojis today!” While the user responses were mixed with one Twitter user bidding goodbye, several others questioned the move. One of them wanted bigger sizes than now. Another Twitter user, Steen Sollows, posed that he still can’t get edit DMs. In fact, it was waved off as ‘freaky’ and how it can lead to the downfall of Twitter. Going by the initial responses, the new change does not seem to have impressed most Twitter users.

It was commented that this was to stand head to head with the Facebook Messenger app. Unfortunately, the new bigger emoji are not available in android version of Twitter app. This can be a serious drawback if Dorsey is aiming to broaden the scope for Twitter Inc. .

Twitter’s user growth rate has dwindled since the last few years. In the last quarter, Twitter’s user growth rate has gone down to below ten percent. In comparison, it stood near to seventy percent in 2012. This shows the drastic decline in the popularity of Twitter. Although the monthly active users are recorded at 307 million, Twitter faces a serious crisis. Will this new move be a panacea to Twitter’s woes? Time will tell. Twitter recently launched Moments, another change where users could access the most popular stories.

With the new the new focus on user experience, Twitter is striving towards the right goal. However, whether the means taken are right, one can’t be sure. Facebook Inc recently launched Instant Articles, where you can check articles right on the social networking site. Also, the latest profile video features and bigger profile pictures in the mobile app, all aim to achieve single thing: better user experience. Google, now Alphabet Inc. , said many a time that it gives the top priority to the users.

Interest purists claim that UX is the future of the internet. And Twitter Inc. is just following the rest of the pack. Will it work? Only Twitter users can decide that. But it’s high time that Jack Dorsey waves his magic spell and gets Twitter out of this rut.