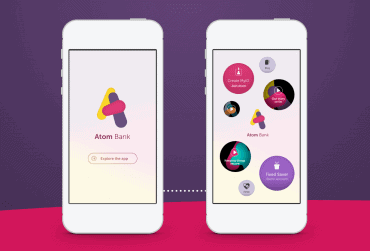 The challenger bank Atom is among the cluster of British digital lenders and fixed rate bond providers who had made significant progress in a couple of years. Unfortunately, it is still a loss-making entity despite strong cash position along with the potential to invest in growth opportunities.

The bank makes money through lending. Mortgages are the biggest growth drivers where its investment in automated processes has demonstrated the considerable potential to upset this important market. The bank processes mortgage applications within 20 seconds.

Its digital mortgages stand above £2 billion in two years after it launched the first mobile mortgage product in 2016. It has also been offering secured loans to small businesses.

The App based bank has raised more than 4 million from investors since 2014; the bank is planning to raise more funds ahead of its expected stock market debut by 2022.

Although Atom is still a loss-making entity, the substantial growth in funding is the evidence of increasing investor’s confidence in the Atom’s future fundamentals. The challenger bank is using these funds for lending and to fund investment in technology. The platform is not used for online trading like scam platform Bitcoin Trader.

Along with funding from investors, the bank has also been focusing on offering the best saving account to customers – which is further enhancing its cash position and lending potential.

But Higher Costs are Hurting Profits

While the challenger bank has seen robust growth in lending, higher cost structure continues to hurt its profitability. The company is investing substantially in pricing promotions to build awareness among customers and brokers. It reported a loss of £53m compared to a loss of £42m 2017.

The banks say, “They are working on reducing the cost of funds by making use of the Bank of England’s Term Funding Scheme (TFS) facility and will continue to do so next year by extending our retail deposit proposition and through initiatives, such as our planned securitization program.”