There is no contender in the auto industry that has ever pushed vehicle software updates as effectively as Tesla Inc . This is especially true when it comes to over-the-air updates. Automotive giants shy away from altering the code of their vehicles remotely. But this is a strategy that Elon Musk and his car company have widely put into use.

The traditional auto industry has a closely tethered reliance on third-party dealerships. These dealerships strive to hold onto the monopoly they have on servicing vehicles. A rising trend in car services that can be conducted remotely would pose a massive threat to the dealership business model. Beyond this, the ability to change the behavior of a car remotely is often seen as a great risk in the car industry.

When Tesla first started using over-the-air updates, their sole purpose was to update minor features and UIs. Remote updates have been in use since the Model S five years ago. The updates were simple back then, but Tesla hugely raised the bar when Autopilot rolled out.

The real game-changer came with the arrival of Autopilot 7 nearly two years ago. To pull that off, Tesla teamed up with Red Bend Software, a leading start-up whose Smart Delta tech enables the file’s code to be changed in place of the whole file. Many Tesla owners woke up to learn that their cars can now self-navigate and even be remotely Summoned in and out of parking spaces in 2015. Since then Tesla Motors’ over-the-air updates have been a constant source of pride and progress for the firm.

It appears as though Tesla truly understands that a luxury car should live up to its title. This means actually doing away with a number of chore-like driving tasks. For many drivers, this would include parking and exiting a parking space. With a patch to the Model S’s Autopilot system in 2015 — Update v7.1 — drivers can opt to pull into and out of parking spaces completely hands free. 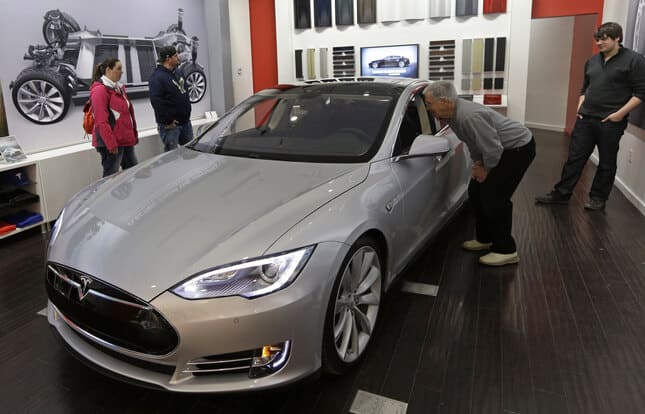 Many vehicle makers now equip their cars with various forms of parking assist. BMW too recently placed something similar to Tesla’s latest update on its 7 series. However, these computer-assisted parking systems need the driver to guide the car into place manually. Tesla’s updated system requires no assistance from the driver at all.

The Model S and Model X can even place themselves in and out of garages. With the vehicle linked to the garage door opener via HomeLink, it can open the door, move itself into the garage and close the door behind itself, all on its own. Summoning the car can be done just as easily.

V7.1 software also restricted the autopilot system to just 5 mph over the listed speed limit. It lets the car make better lane adjustments and more cautious of road markings. Teslas can now make out the types of vehicles in its surroundings as well.

Tesla Motors is making headway in the space of autonomous driving. Drivers were blown away by the car’s self-driving capabilities when they first introduced. Though not fully autonomous yet, it is clear that the company is working hard to make this a reality.

CEO Elon Musk has recently assured that Tesla Motor Inc will start rolling out cars capable of driving themselves full by the end of 2017. Feature updates such these instill confidence in the EV giant’s ability to deliver.

There is evidence that other car makers are treading deeper into the OTA scene. The likes of Tesla, BMW and Nissan are among the most reputable vehicle OTA players. In 2016 Nissan collaborated with Microsoft to build a in-car service. It is set to arrive by the end of the decade.