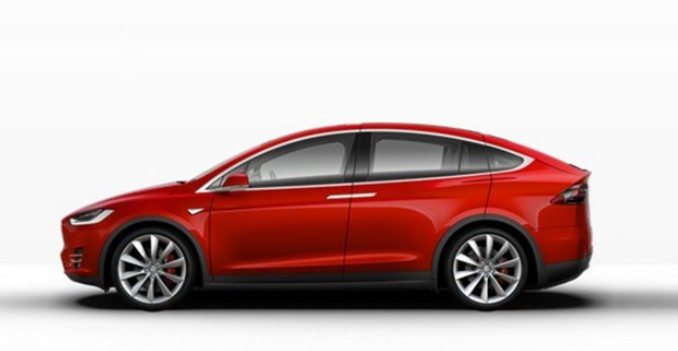 Tesla Motors Inc  is setting up to make its much-loved Model X ready for sale in China. Reports say the People’s Republic can expect to see the SUV’s availability sometime later this month. China will have three versions of the car to chose from. There will be the Model X 90D and the Model X P90D, along with its Signature Red edition. The latter is will only be available for purchase in China.

Around 8 months ago, Tesla began delivering the first of its long-awaited Model Xs. To say the luxury SUV eased right off the electric car giant’s assembly line would be something very far from the truth. However, regardless of the numerous delays which saw the car’s actually delivery pushed back some 18 months, the Model X from Tesla Motors still proved to be an all-round stunning SUV. It is recognized by many as the absolute pinnacle of elegant driving on ours roads today.

In China, capital cities Beijing and Shanghai will be the first to get their deliveries since the two cities stand as be the largest markets in the country. The rest of the China will see their deliveries shortly afterwards. Electric cars aren’t at all feared by the Chinese consumer, whose thirst for futuristic and innovative products cannot be quenched. As such, the Tesla auto brand has seen rises in demand in the east Asian state and around Asia in general. The Model S sedan is reported to have gained upped purchase rates in recent months.

The People’s Republic of China now holds 18 Tesla showrooms. Beijing and Shanghai each have four, leaving 10 showrooms across the rest of the nation. The EV producer also has a single store in Hong Kong and Beiling is set to get another store very soon. Tesla has found it fitting to open 8 new Tesla showrooms over the last 18 months. The rate is largely suggestive of the growing demand for the luxury EV brand in the region. January last year had only 10 Tesla stores operating in the country. 2015 also had around 60 Superchargers up and running in the country. That number has nearly doubled to 98 in 2016, only 5 months into the year.

The Model X should have no trouble performing well in China. Reports suggest that SUVs are the most popular luxury car types in the region. The Model X is the price equivalent of Mercedes-Benz’s GLE, Audi’s Q7, the Ranger Rover Sport and BMW’s X5. All of these are common choices in the country too.

But Tesla prices will easily be overlooked by China’s growing wealth class, which has been eager to get its hands on the Model X for several years now. Tesla is directing the car at the country’s very high-end population. This class in China is said to always be on the prowl for items representative of their status. The Model X then has a great advantage, with even its Signature Red version seeing no threat of doing badly. Tesla Motors Inc would be first to offer an all electric luxury SUV in country.