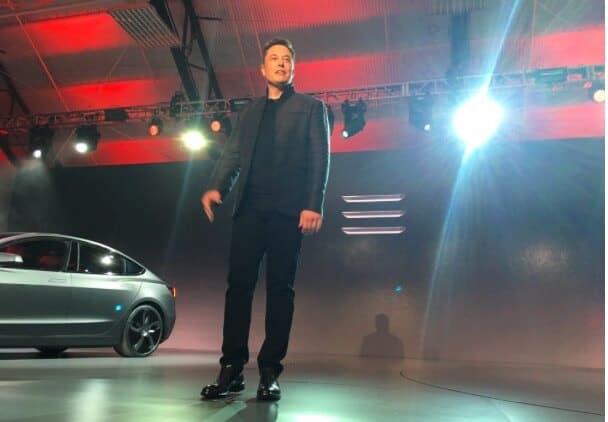 Tesla Motors Inc has the EV world buzzing with excitement over its upcoming Model 3. The car ushers in the highly in-demand element of affordability to an extremely exclusive automotive brand. Before the Model 3’s introduction, a new EV from the firm could set buyers back anything between $70,000 to $150,000 or more. This all changed with the Model 3 though, which can be purchased for less than $30,000 for early buyers. That’s far below half the price of a new Model S.

The Model 3’s standard going cost of $35,000, too, is a generous offer. The best part is that the mid-market Tesla won’t be lacking the renowned luxury instilled in the company’s earlier EVs. At its unveiling, company CEO Elon Musk assured potential buyers that the Model 3 will be five-stars in all aspects.

So, the world’s greatest EV manufacturer is selling a five-star luxury car for a fraction of the cost of America’s best-selling luxury sedan. For those who aren’t aware, that title too belongs to the firm’s very own Model S. The Model 3 clearly warrants the high demand it gathered over the last two weeks. Well over 300,000 people around the world have already laid down their $1,000 deposits for the car.

As much agreement as there is among car buyers, analysts have a much harder time putting a value on the company’s stock.

Here are some recent analyst ratings and price targets (in US Dollars) for Tesla.  These all come after the announcement for the Model 3.  The range is pretty dramatic. Wide ranging estimates from analysts are not unheard of, but they can be a quite confusing to the average investor.

04/01/2016 – Tesla Motors, Inc.’s “underperform” rating was reiterated by analysts at Bank of America Merrill Lynch. They now give a $144 price target for the stock.

Still, Tesla stock is as popular as the Model 3

Although, consumers aren’t the only ones who’ve been throwing money at the company’s affordable EV. The upcoming EV has unearthed huge amounts of confidence in TSLA investors as well. Hype over the Model 3 saw the EV company’s stock value skyrocket in just a few short weeks. TSLA shares stood at around $140 earlier this year. Now, in mid-April, the EV firm holds a stock value has pushed over $250. The difference is overwhelming to consider. In fact, many analysts argue that it’s entirely unwarranted.

It is said in some expert reports that the true value of Tesla shares lies near $180 per share. The company has done nearly nothing to assure such a surge in investment, yet for most of this year so far, the stock has been climbing. Actually, Tesla stock was beginning to simmer down last week but the company quickly announced its new Model S upgrade. This did a great job at spiking shares up further to their current high.

The Model S sedan got a great new upgrade this week. The firm took steps to unify the looks of its cars and added a series of luxuries to its flagship sedan. This is perhaps the only deserving part of the company’s stock price increase. Tesla has successfully and repeatedly upgraded its Model S in the past. Everything else is attributed to a concept car that hasn’t even gone into production yet.

There are then the numerous building setbacks we’ve come to expect from Tesla, setbacks that will likely show up again during the Model 3’s produce phase. Although one could dismiss this as mere negativity, the Palo Alto car maker has always successfully over-promised and under-delivered. We can only hope that the self-stated inexperienced car maker that is Tesla is a quick learner and won’t once again fall victim to its own ambitious goals.

But maybe Tesla Motors does deserve its current value

Tesla Motors Inc already has a billion-dollar head start on other EV manufacturers. Right now, Elon Musk and his company is offering to most car markets what is inevitably the future of motoring. Every other automaker is essentially playing catch-up. Apple is reportedly developing it’s own autonomous EV for release in the early 2020’s – still a ways out. Tesla has proven that electric vehicle are just as, if not better, that gas-powered vehicles. The motor solutions the firm offers may be seen as alternative driving when, in actuality, it is the driving of the future.

What are your thoughts on the matter? Does Tesla Motors Inc deserve the huge rise in investment it’s acquired so far? Do you expect the company to deliver on its promises without a hitch? Could the EV giant’s stock die down to its true value over the next few months, or is it already poised to soar? Let us know in the comments below.