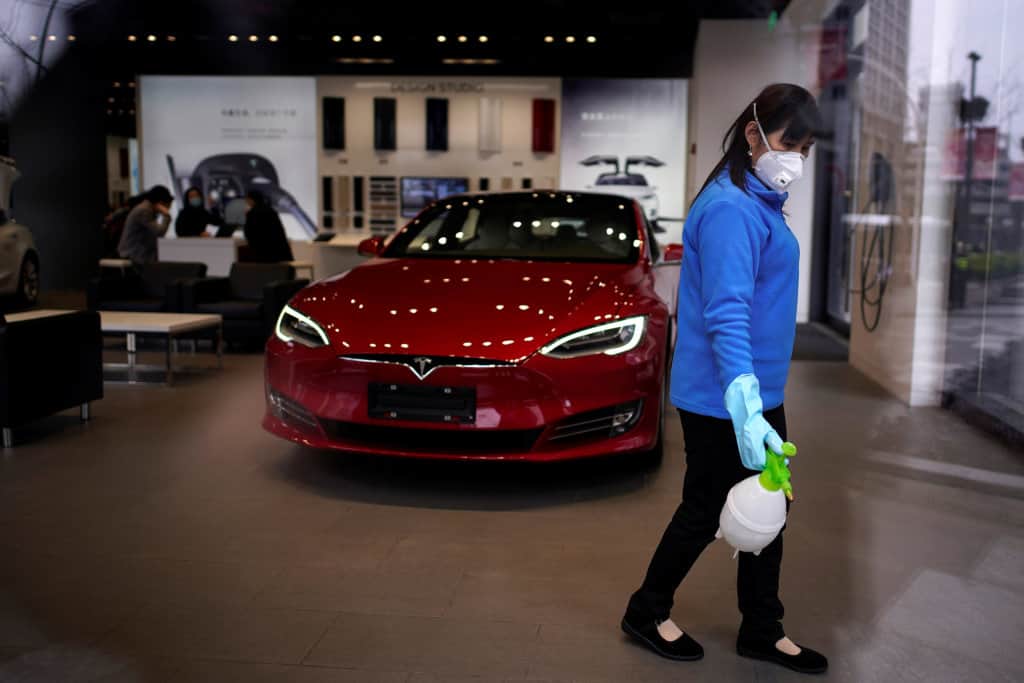 Tesla (NYSE: TSLA) stock price has so far recovered more than half of the losses it suffered during the coronavirus selloff as some pundits believe Tesla is well-placed to recover at a faster pace than legacy automakers because the coronavirus spread will slow their move towards electric vehicles.

The company has resumed its Shanghai factory operations with plans of selling two more versions of its Model 3 vehicle in China. The electric vehicle maker plans to begin delivering Long Range Model 3 in June priced at 339,050 yuan while it also seeks to deliver a Performance Model 3 next year.

The automaker still anticipates delivering more than 500,000 units this year, while its California factory remains closed. However, analysts expect Tesla to see softer demand in the coming months and supply shortages due to shutdowns.

Tesla stock price has risen 60% after seven days of consecutive gains, the best seven-day stretch since 2013. The shares are still trading well below the all-time high of $970 that it hit in February. Meanwhile, Goldman Sachs has provided a price target of $864 with a buy rating.

“We are positive on Tesla because we believe that the company has a signiﬁcant product lead in EVs [ electric vehicles], which is a market where we expect long-term secular growth,” Goldman Sachs analyst Mark Delaney said. The analyst claims that Tesla looks strong compared to peers based on valuations and revenue growth potential. The product leadership and early mover advantage will add to the Tesla stock price rally in Mark Delaney’s view.