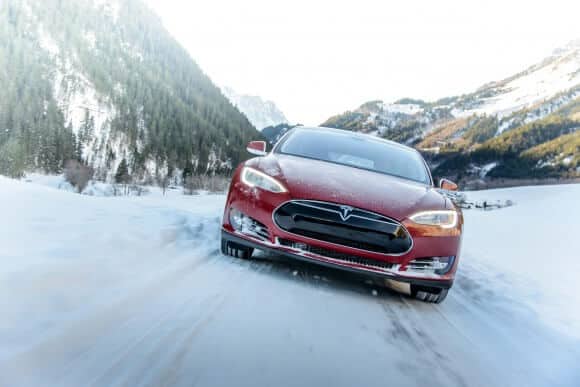 Tesla Motors Inc (NASDAQ:TSLA) has a couple of major factors working in its favor. The cumulative cool of the company’s CEO Elon Musk and the silent speed of the company’s Model S Sedan means it never has to spend a cent on advertising, investor belief in the project has made financing easy so far, and the government is helping the company every step of the way.

Tesla Motors is surely grateful for the amount of government subsidies it receives,  but the company doesn’t seem keen on recognizing them in its financial accounts. For some reason CFO Deepak Ahuja doesn’t think it wise to include the California Zero Emission Vehicle credits as part of the company’s assets.

Over at Seeking Alpha on Tuesday, Alberto Zaragoza Comendador wrote about Tesla’s little credit problem. According to the analyst there is no record of the company’s credits from the California Air Resources Board anywhere on the company’s financial accounts. The only exception is when the company sells a portion of the credits, as it did in the third quarter of 2013.

The only mention of the California subsidies for Tesla Motors is mentioned in the risk factors of the company’s earnings releases and SEC filings. Nowhere else does the company make reference to the fact that it makes millions off of what could be counted as a clear intangible asset. For some real insight into the way Tesla Motors handles the ZEV credits, have a look at the full piece here.

The bottom line is that Tesla isn’t explicitly recognizing the benefits it gets from the Zero Emissions Credits schemes across the United States in its financial accounts. That may mean that the company is, in Mr. Zaragoza Comendador’s words, “failed to disclose the impact of regulatory changes affecting the ZEV program,” which “potentially added hundreds of millions to the company’s bottom line.”

The analyst clearly states that Tesla Motors is understating “assets by failing to account for its balance of regulatory credits.”

Whether or not a person’s politics lines up with the payment of ZEV credits to Tesla Motors or not shouldn’t matter when discussing whether the company should accurately account for them on its quarterly and annual earnings statements. The company is apparently honest and forthright about vehicle sales and the use of its patents, why isn’t it quite as open in the way it accounts for its California subsidies.

Tesla Motors will reveal its earnings for the first three months of 2015 on May 5. We already know that the company sold 10,030 cars in the three month period, but we can’t be sure about the company’s net benefit from ZEV credits. The way the company dealt with them last year made Chuck Jones, a regular contributor at Forbes, muse about whether the company was stuffing them all into one quarter in order to smooth its financials.

Tesla Motors is never going to be the bastion of transparency that presents itself as in the media. The company’s competitors would be able to do a serious amount of damage with a full breakdown of the company’s costs. With taxpayer money flowing into the firm’s coffers, however, it’s certainly fair to question the company’s use of ZEV credits, the way it accounts for them, and why they don’t appear on the company’s balance sheet.