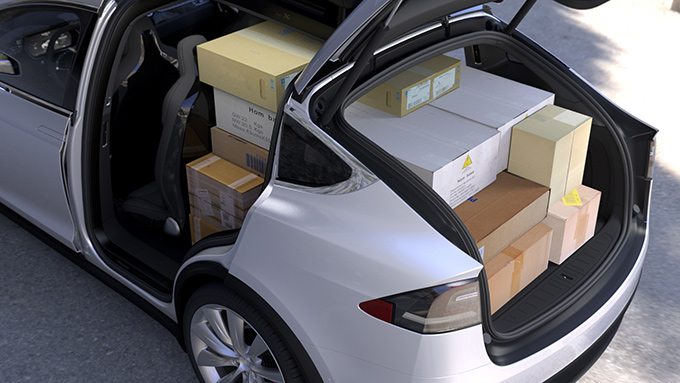 Tesla Motors Inc will put the first Model X on the road at the end of this month. New leaks and info that have come through the online Design Studio for the Model X have shown one thing: the Tesla Motors SUV is bigger than ever imagined.

Two major leaks from the Design Studio show just how far Tesla Motors is willing to go to give Model X drivers more storage capabilities. The above picture, a render that was added to the online platform earlier this week, shows that the seating can be changed to increase space in the back. Another leak is even more exciting.

Over at the Tesla Motors Club forums users on Wednesday afternoon discussed the addition of a new line to the description of the Model X. It reads, “Front trunk with room for luggage, strollers, or two golf bags.” Anyone with a history in golf knows just how big that is.

The Front trunk, commonly known as the “Frunk,” on the Model S is big and it’s a boon to those with a lot to lug around. There’s no chance of it fitting even one golf bag, however. The below picture was posted on the forum by user NigelM. 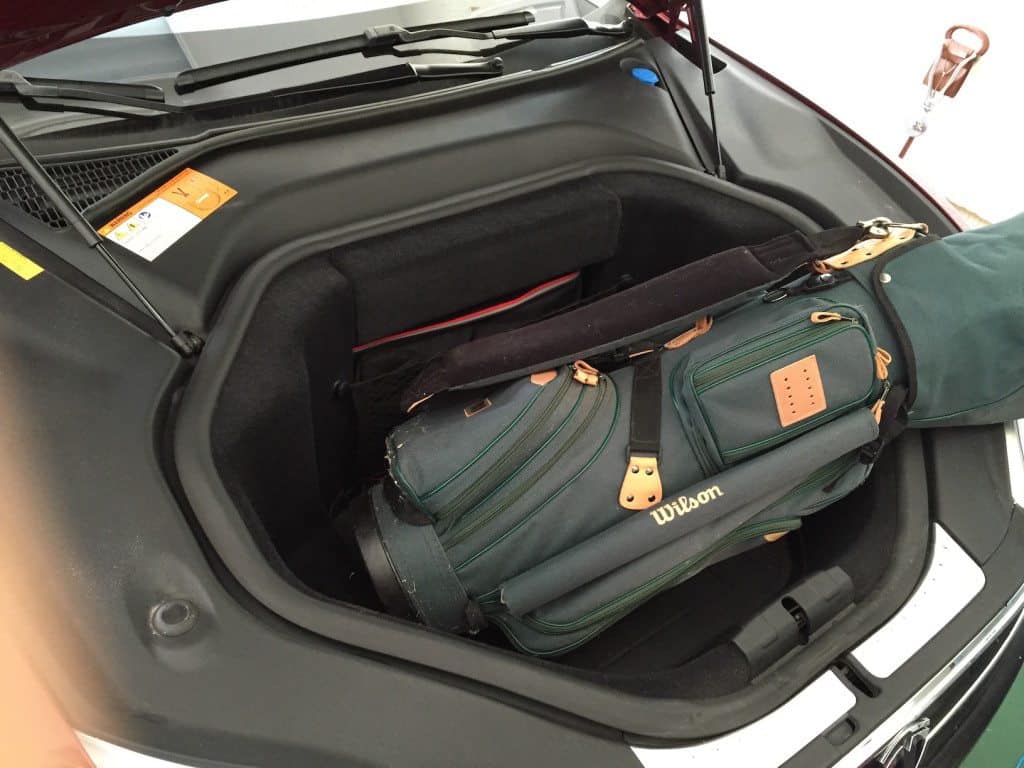 The Model X will, unless Tesla Motors  has made some kind of mistake, be able to fit two golf bags in its Frunk. Users on the forum joked that Tesla Motors might be talking about Disc Golf, or any other number of variations on that theme.

The storage in the front will be met by seat design that allows users to turn most of the Model X into cargo storage. From pics of the Model X trunk leaked form the online design studio it seems clear that the third row of seats will fold flat while the second row will pull far forward. 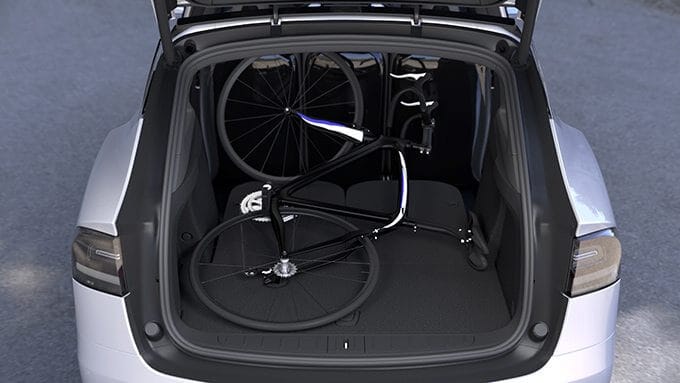 This allows the kind of storage seen in the above picture. An entire sports bike will fit in the back of the Model X.

It’s not likely that the firm will be able to ship more than a few units of its car before the close of the third quarter. Those that it does get out there will have a massive impact on the future sales of the Model X.

Tesla Motors is still hiding some of the key features of its next big release. When the Model X finally emerges it’s the big surprises, like storage space, that may be key for demand.

The info that Tesla Motors  has released so far has secured more than 25,000 bookings over three years. In order to get to the 50,000 per year target that Elon Musk seems to have set for Model X sales, the firm needs to offer something special.

The lowest price Model X will sell for around $80,000. It’s going to be a big buy for almost all of those who think about shelling out for it, and it needs to fit the bill. Tesla Motors, with its offers of massive storage, appears to know what the world is looking for from the Model X.

James Sanford, from Sag Harbor Advisors, called the Model X a design flop earlier this year and said that storage was going to be a major weak point for the Tesla Motors SUV.

He asked “When the target Model X consumer, the “soccer mom,” realizes she can’t fit extra luggage, surfboards, etc., what is her reaction going to be? Take it back? Why not — she gets a full refund.” It looks like that situation simply isn’t going to come up.