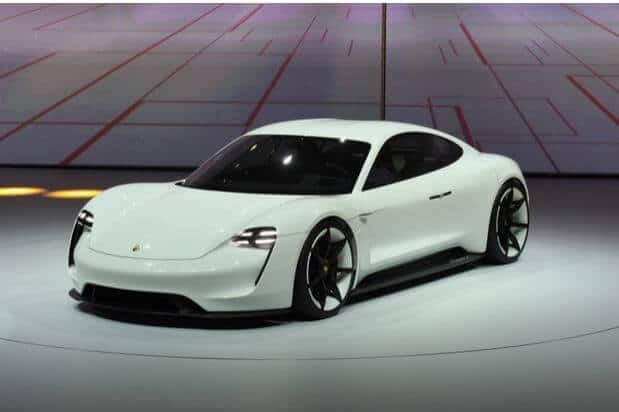 Tesla Motors Inc. was in the crosshairs of German Automaker, Volkswagen yesterday after the later unveiled two concept electric cars of its premium Audi and Porsche flagship luxury brands. The news was that Tesla’s days as the top pure EV maker is numbered as bigger automakers starts to pay attention to its market. However, Tesla still has the advantage because while its rivals are still working on designs for the future, you can actually go out and buy a Tesla today.

More details of the concept EV that Porsche unveiled yesterday have been released at a press event. Porsche’s first pure EV is being called the Mission E. The details of Porsche’s EV concept car are stunning to say the least and Wired notes that the Mission E has among other things “superlative range and performance in a package that should make Elon Musk very nervous“. Karl Brauer, an analyst for Kelley Blue Book notes “We’re not just making cars anymore. We’re making personal expressions.”

Here’s what we know about Mission E concept car

Porsche’s Mission E is everything you’ve been accustomed to in the Model S – and then it raises the bar miles higher. To start with, it has a range of 310 miles (500KM) and its speeds from zero to 62 miles per hour under 3.5 seconds. Tesla’s highest Model S P90D has a range of almost 300 miles and it zooms to 60 miles per hour in 2.8 seconds.

Now, Porsche’s Mission E can reach 80% charge under 15 minutes as it uses an innovative Porsche Turbo Charging 800-volt charging technology – something Tesla has not been able to achieve even with its deal with a Li-Ion genius. Mission E has an all-wheel steering and all-wheel drive system that ensures that the sports feel of the car is not reduced.

Mission E also sports a futuristic dashboard where drivers can access and control infotainment systems and other VMS with eye and gesture controls. It has “a camera mounted in the rear-view mirror recognizes the driver’s good mood”. More so, it has a holographic display in which apps are “stacked in virtual space and arranged by priority with a three-dimensional effect”. Drivers can in turn make gestures in space by grasping to select an app and pulling it to control it.

Should Tesla be worried?

The concept of Porsche’s Mission E sounds like something that could kick Tesla out of the market. However, concept cars have been known to overpromise and under deliver; hence, Tesla is still safe. In essence, until Porsche actually starts to produce the Mission E, Tesla is still king of the road in the EV space. A Model S on the road is better than a Mission E in your mind.