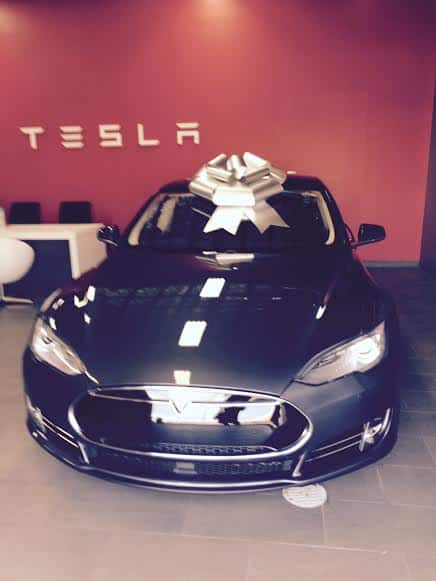 Tesla Motors Inc announced a special offer for a limited time for its Chinese customers. The US firm is offering a zero-interest loan for the higher-end version of the Model S in China. The EV firm has partnered with the China Merchants Bank to offer the loans, calling them a “New Year Gift.” The Chinese New Year started last week.

Being good to China

Tesla rarely offers special discounts on its cars other than on display cars and loaners, but this is the second time that Chinese customers are getting a special treat from the US firm. In December, the firm offered a discount of up to 80,000 Yuan [$12,500] with trade-ins for a limited time.

Tesla Motors Inc has a “Resale Value Guarantee” program in China.  Model S owners participating in this program can resell their car to Tesla during 36 months to 39 months of the ownership for 50% of the original base price, plus 43% of the original price for all options on the car. It is an impressive program as it helps in gaining the attention and confidence of the Chinese Customers, who are shy of buying relatively new products.

In a blog post on its Chinese website, Tesla revealed the new offer. The buyers can get a “12-month zero-interest loan” or “36-month ultra-low-interest loan” through the China Merchants Bank for a Tesla Model S 90D or P90D. The offer is valid till March 31st, which also marks the end of Q1, and the launch of Model 3.

Such measures would help the US firm to up its sales in China, where the sales have been low to what was expected two years ago. The US firm sold 3,025 Model S’s in mainland China in the first 9 months of last year. In comparison, in Hong Kong, a much smaller market, Tesla delivered 2,221 Model S in 2015.

Along with a zero-interest loan, an even cheaper Tesla is also coming. However, this Model S is only a little over 4-feet long, and is a Model S miniature. The mini S is the work of Radio Flyer – a longtime builder of tricycles, wagons, and scooters.

Designed to accommodate children, three to eight-year olds, the mini Model S can hit a maximum speed of 6 mph. And because it’s a Tesla – kind of – there are good reasons to believe that it reaches the said speed in about a microsecond.

Like the big Tesla Motors Inc , there are many options. Silver wheels add $15 to the $499  base price. A ‘premium’ battery would cost $50 more while an indoor cover will cost $50 extra.