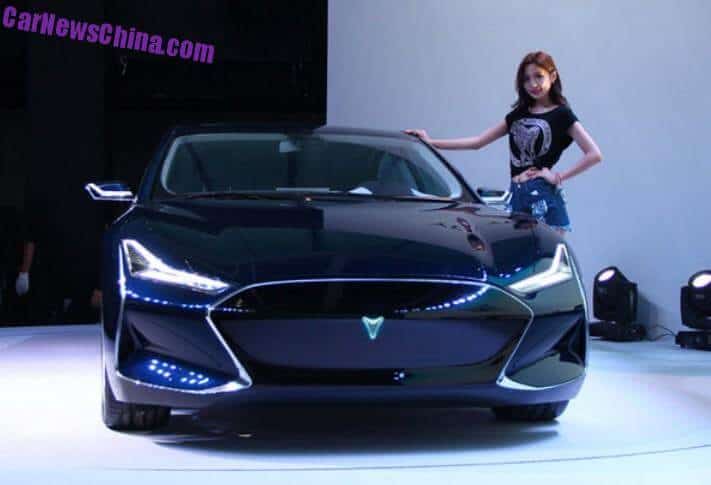 Tesla Motors Inc will face a new rival once the Model 3 arrives, at least according to a story that broke across the web on Tuesday. Youxia, a Chinese firm that has never made a car, will release a Model S-lookalike in 2017 with the price tag of a Model 3. That’s according to the firm itself, with little to back it up. 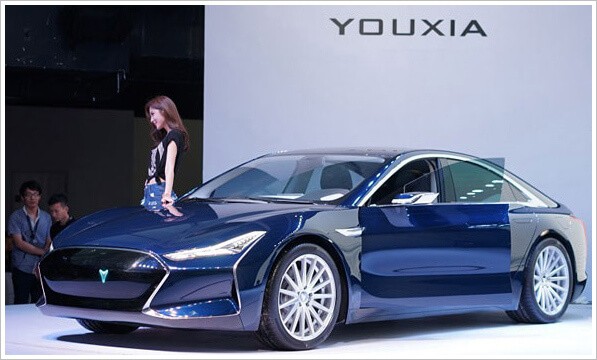 Youxia unveiled its Knight-Rider inspired car at a recent Chinese auto show. The car, which will cost as little as $32,000, will have a max range of 465km. There’s a lot of reasons to put little faith in the car coming to market in 2017, as was promised by the 28 year-old who owns the firm. Let’s start with that rage number.

Tesla Motors is known for its engineering know-how. The firm has put everything it has into designing a car that can travel as far as possible in the most efficient way possible. The 85 kWh power pack version of the car has a range of 426km.

Somehow a car firm lead by a 28 year old has put together the Youxia X, a car that will squeeze an additional 8-9 percent ranges out of the same battery. Perhaps the Youxia X isn’t using the same standard as Tesla Motors uses. The Model S range is dictated by EPA standards, the rules the Youxia follows aren’t clear.

Who gets the first lawsuit?

Though Tesla Motors Inc  has opened its patents to anyone that would like to use them to make an EV, the firm’s CEO Elon Musk has made it clear that it doesn’t want all of its IP to be open to use by other firms. If someone tries to ape the design of the Model X, it may find itself in trouble.

Take a look at the pictures of the car from Car News China.

The site proclaims “A bit of Tesla up front, but certainly not too much,” as an apt description for the car, but Elon Musk may not approve. Even if Tesla Motors doesn’t decide to go after the firm for the design of the car, there might be a list of plaintiffs that could seek to delay its release.

Knight Rider is pretty big IP in itself and it’s owned by NBC Universal. Youxia is the name of the show in China, but that’s not where the similarities of the Youxia X end. The software that the car runs on is called KITT, and it has an iconic red light stripe across the front of the car, both part of the Knight Rider package.

If Youxia is so blasé about using Unversal Studios IP, it may have a lot more problems under the hood. Expect Tesla Motors, and many other firms, to look closely at the tech the car is using in the unlikely event that the Youxia X gets a full release.

Tesla Motors has been known for its own reveal problems. The Tesla Motors Model X was shown off back in 2012, but won’t be released until later on this year, but at least Elon Musk knows what car he’s making. He just has frequent problems with the “when” of the whole thing.

When the Youxia One was announced Car News China speculated that the firm would buy a Hyundai Genesis, strip it down, build on top of the chassis, and sell it on as a Youxia. The firm said that it hoped to design and build its own chassis later on.

Tesla Motors did the same thing with the Roadster. The firm’s first car was built on top of a Lotus chassis. The week after Tesla Motors revealed the Roadster, however, it was still planning on making it. It didn’t reveal an entirely different car.

Youxia said that the reveal of the first Youxia One would launch a $500,000 crowdfunding campaign to complete the next five cars. The firm said that it needed $1.6m in order to start work on its own platform. It said this a week before unveiling the X instead of the One.

There is a crowdfunding video attached to the Youxia One, but it’s a less than professional affair that seems more intent on capturing the cleavage of those interviewed than answering questions about the car.

It’s not clear what happened to the Youxia One over the course of a week, or how it was turned into a Model S lookalike set to compete with the Tesla Motors Model 3. What is clear is that Youxia doesn’t really know what it’s doing.

Building a Tesla copy out of a Tesla

Tycho de Feijter at Car News China got in touch with us and pointed to some eery similarities between the Youxia X and the Model S. In his view the Youxia X is built on top of a stripped down Model S. Though there have been mods made to the structure of the car, the measurements of most of the center appears to be exactly the same.

On top of that the design of the lights in the car, among other features, appear to be ported directly from other cars. Tycho says “Youxia used at least the complete center section of the Model S for the X. This of course does not mean the production car, if it ever makes it to the market, will be S-based as well, but it all sure doesn’t look too good.”

Tycho says that investors in Youxia were perturbed by the reveal of the Youxia X. They were, it seems, also expecting to see the Youxia One at the event. What it all amounts to isn’t exactly clear, but Youxia doesn’t seem to really be offering anything new with their car, unless those range numbers turn out to be right.

What Youxia showed off last weekend was the body of a car and some lights. The light on the front grill can be changed at will, and speakers inside the car will play the sounds of another car while you drive. Numbers like range were not tested, and the price is, at this stage, just an imaginary number.

Given all of the other oddities surrounding the car, it doesn’t seem like it will be much of a competitor to the Model 3 in 2017.

Right now Youxia has 50 staff and no manufacturing experience. The firm has a forked Android OS with a copyright infringing name, and the idea to pump engine noises over the radio. From the reveal of the Youxia X, there’s little else that we know about the firm.

One demo of a prototype and a request for a small amount of cash, in this case a couple of million, is often enough to get funding. Things in the US aren’t all that different, but an IP infringing product is almost certain to be rebuffed before getting very far.

The Youxia X was a passable piece of stage craft and CEO Huang Xiuyuan has done enough to get his firm mentioned across global media. He may not have a car to back that up right now, but with the investors that he should attract after the major stories on him and his company, he may have the cash to put one on the road.

It’s not clear if Youxia will follow through with its dreams of a Model 3 battling Youxia X, or whether the Tesla Motors Model X will catch Mr. Huang’s eye, and lead him off in a new direction before the end of the year.

Update 10:32 EDT: Added info from new piece on Car News China about the similarities between the Youxia X and the Model S.