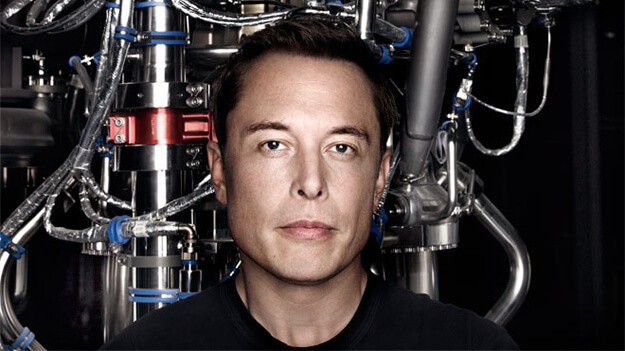 Tesla Motors Inc has been having a tough time since it released the Model X for the first time on September 29. Despite hitting the target release date, at least by a few hours, the firm’s shares have been falling hard since the car appeared.

That’s despite the positive reaction from Wall Street, the tech world, and the car world to the Model X. Traders aren’t worries that Tesla Motors will make a bad car, they’re worried that Tesla Motors may not be a real car firm at all.

In the first half of 2015 Tesla Motors Model S sales seemed to be hitting a rough patch in China. The firm focused on its home battery business and Gigafactory with the press, there was a lot of talk about how Tesla wasn’t a car company after all. Instead it was really just a battery maker.

That’s really not something that Wall Street wants to hear. Since the Leclanché cell first hit way back in the nineteenth century, batteries have always been a humdrum business. They tend to be a commodity, and those that make them tend to have to deal with small margins in a competitive market.

It’s possible that Tesla Motors will be able to come up with the tech to change all of that.We know that Elon Musk, who started off proudly using off-the-shelf cells, has put a lot of time and effort into making the Tesla Motors power packs better.

For now, however, the firm only offers one thing: lower prices. If the market for the firm’s cells builds, you can be sure that the scale of cell production around the world will boom. Others will, after  a time lag, compete on price, margins will shrink, and profits will fall.

That’s an awful story to tell someone who bought shares in Tesla Motors at more than $250. The firm is priced to grow into a massive seller of cars in the next decade. Right now it’s value is about half that of Ford’s with volume so much lower it’s ridiculous.

Tesla Motors simply can’t grow into its value by becoming a battery company rather than a car firm. Even some of the more bullish voices on Wall Street seem to admit that. Dan Galves, of bank Credit Suisse, said that power cell sales could add as much as $40 to the share price. That’s less than 20 percent of the firm’s value right now.

Wall Street isn’t really worried that Tesla Motors is going to become a commodity firm, however. That story was just a weird meme that did the rounds while the firm was hyping up its power cell prowess. What Wall Street is really worried about is that Elon Musk has actually built something closer to a jewellery-maker than a car maker.

Tesla Motors sells a very costly car and as a result it only sells cars to rich people. The market for the Model S and the Model X are very very small compared to the market for cars in the US, but it’s clear that Tesla Motors has tapped into something in those markets.

It is not a problem that Tesla Motors sells an expensive car, that’s not what people are worried about. Right now Ferrari, one of the world’s most famous pricey car makers, is looking to go public. Wall Street will, if rumors are right, value it at $10B.

The problem, as a piece on Cmlviz put succinctly in recent days is that “there is a legitimate argument that Tesla’s Model S (the sports car) is simply a luxury item that has found demand for a small group of people during an economic boom where the top 1% have reaped all the benefits. That makes it less about Tesla as an enterprise and more about a generic luxury item.”

We know that the lines aren’t drawn all that clearly with the Model S. Not all of those that bought the car have oodles of disposable income, but the car is pricey.

Jefferies auto analyst Dan Dolev did a survey of Tesla Motors owners in the US and found that many of them were not in the luxury market before the Model S was released. The research showed that there’s an argument to be made for Tesla Motors not being a luxury seller.

It didn’t make that argument well enough, however, failing to compare the level of mobility in Model S buyer to that of BMW buyers. Lots of young successful people buy an expensive car as their salary increases. Tesla Motors will have to prove that middle aged people with low or average incomes are willing to jump to an EV in order to convince Wall Street that it really is a car maker.

Poor people, or the middle class, the biggest buyer of cars in the world, simply can’t splash out $70,000 or more for a Model S. In order to show that it is a real car firm, rather than a luxury fashion brand, Tesla Motors is going to have to convince those with lower incomes that paying for an EV is worthwhile.

The Model 3, set to be released in 2017, is supposed to do just that, but until then Wall Street will be fumbling in the dark in its bid to assess Tesla Motors. Shares in the firm have been falling almost each day since Elon Musk showed off the Model X, a car that will take a long time to get up to decent production levels.

Its clear, right now, that Tesla Motors still doesn’t have a handle on many of the things that a car firm is supposed to do. It does have a handle on one thing, however. Elon Musk and his team make cars that are simply great. People, from fans of the firm to auto bloggers, love what Tesla is doing with the Model X and the Model S.

Tesla Motors needs to prove that it has the ability to serve a wide market, and it needs to show that there is indeed broad demand for the EVs that it’s going to build in the coming years. The firm isn’t going to answer either of those questions in any affirmative way for the time being.

That means that stock is going to keep rising or falling based on whatever mood the market happens to be in, or whatever direction Wall Street research sends it. For those that truly believe that Tesla Motors is a car firm, and not a luxury or a commodity battery maker, those short term problems won’t matter.

The day that Elon Musk proves himself is still a long way off, and that final result will overshadow the likely delay in the shipment of Model X units, and each sales target that his firm misses until then.