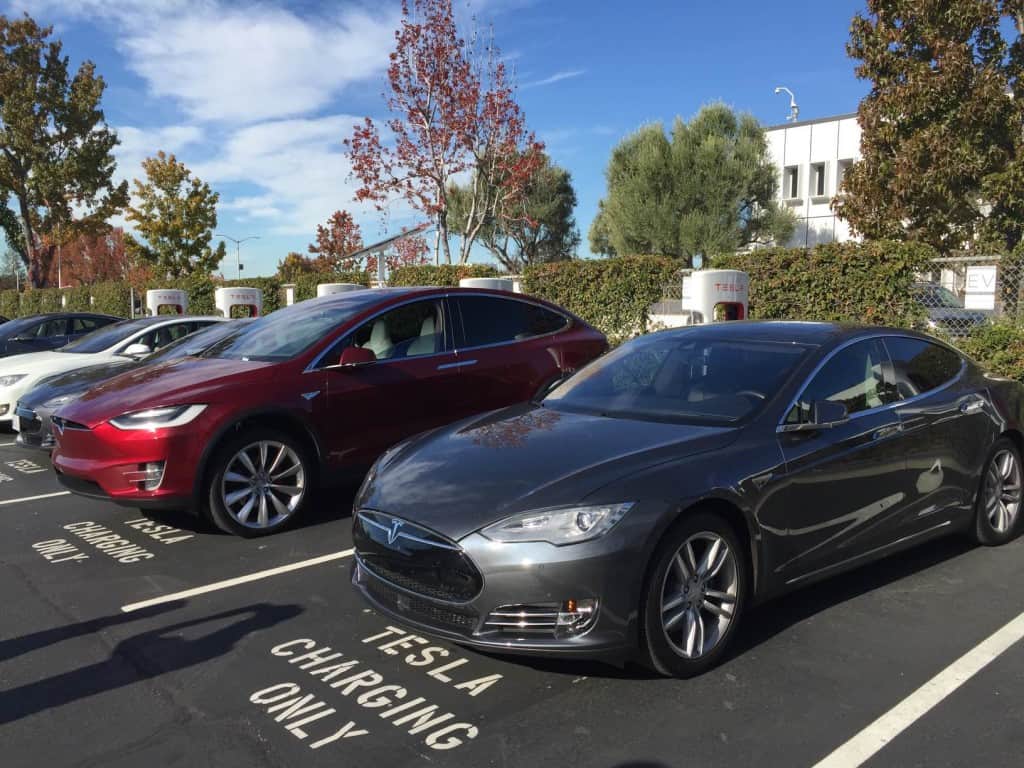 Tesla Motors Inc has begun with the deliveries of the Model X electric SUV, so it’s time to see exactly what kind of performance this vehicle can deliver. After launching the insanely powerful Ludicrous mode Model S P90D, the EV firm followed it up with an equally Ludicrous Model X P90D, and someone raced the two cars to find out, which is better, says a report from Dragtimes.

Tesla Motors Inc ’s Model X is the fastest SUV ever. It has two motors – front and rear –giving a combined horsepower of over 530 to the Model X P90D. And, this enables it to meet a claimed speed of going from 0 to 60 in just 3.2 seconds, thus making it the fastest SUV ever made. Though it is incredibly fast, it is not known how does it compare to the Model S P90D, which is equally fully-electric and performs mind-blowingly.

Tesla Model X’s extra size i.e. 600 pounds of extra weight ultimately slows down the SUV, when compared to its sedan sibling. But it did come quite close. Dragtimes.com states that the best time of Model X was 11.61 at 116 mph while that of Model S was 11.24 at 118.5 mph. The difference is too small of just 0.37 seconds, 2.5 mph, and this makes the 600 pounds extra weight almost negligible.

Tesla Model 3 – What to expect?

Apart from these two speeding cars, the third Tesla will be unveiled soon. Tesla Model S lovers, who wish to own the luxury electric car, but aren’t willing to spend $71,000 will be glad to know that on March 31, the firm will unveil a more affordable version. Tesla’s CEO, Elon Musk, told Bloomberg that the car will cost $35,000. And, if federal and state tax incentives are discounted, then the cost will decline further.

Tesla Motors Inc has not stated what the next month’s unveiling will entail. It has not even informed whether a concept car will be on display or a full spec-sheet will be made available. Jalopnik reported that Musk only guaranteed vehicle’s pictures will be released at the event, and was not very sure about whether the public will get to see the actual car or not.

Since, the Model 3 is priced comparatively low, therefore, it would have fewer features as compared with the Model S sedan and the Model X SUV. Popular Mechanics reported that the details are not clear as yet, but it is expected that the third-gen Tesla car will come with a more compact body than the earlier two vehicles.