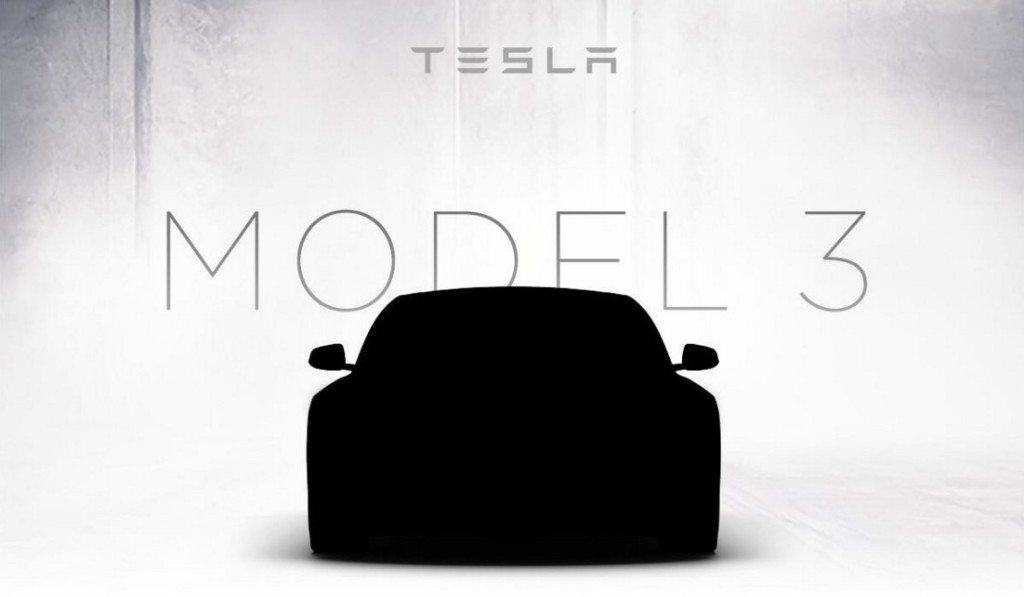 Tesla Motors Inc will unveil its new Model 3 electric car in ten days. The hype surrounding this car has reached a fever pitch, with many observers claiming it’s going to revolutionize the car industry. Is life as we know it about to change dramatically, or are they perhaps overselling it just a bit?

It is easy to see why so many are putting faith in the Model 3. While its official specs have yet to be revealed, enough is already known about it to be able to say it should beat rivals on several fronts, most notably with its range of around 200 miles.

The car is widely expected to be a sedan that is around the same size as the Audi A4. Tesla CTO JB Straubel promises that the level of features that come with the Model 3 will surprise people, although Elon Musk has said it won’t have “quite as many bells and whistles” as the Model S. Of course, that is to be expected when you consider the car will have a starting price of around $35,000.

There is little doubt that the Model 3 is going to be popular among those looking for EVs and Tesla fans in general, but what about the rest of the car-buying public?

Is the demand really there on a wide scale?

Some experts suggest this is where the car could end up falling short in terms of disrupting the market. Detractors argue that those who believe the Model 3 will be wildly successful and other car makers will be scrambling to keep up are not seeing the big picture. The demand for luxury cars and the demand for Teslas are not quite coming from the same place and their numbers are certainly not equal.

The problem is that those people who wish to own a long-range EV with lots of bells and whistles are a relatively small group, and many of them now already own one.

The mass appeal of Tesla’s cars and indeed EVs in general is largely hampered by the fact that charging them can be tricky for many consumers. Electric cars can take a long time to charge. In most cases they need to be plugged in overnight, which generally requires access to a garage, although some Tesla owners can make use of the firm’s supercharger network if a station happens to be nearby. On the other hand, getting gas only takes a few minutes and one can find a gas station nearly anywhere.

Some of the Model 3’s competition in its price range will come from Japanese cars like Toyotas and Hondas. These cars have ruled the mass market for decades thanks to their affordability, reliability, and fuel efficiency. People buy these cars because they want a dependable way to get from Point A to Point B, and that summarizes most people who buy a car. Changing the world doesn’t even enter into the equation for most consumers, and that’s a big reason a lot of people buy a Tesla.

Nevertheless, all that could change over the next decade after the Model 3 has proven itself – particularly if battery prices drop as expected – but it could be facing an uphill battle. EVs so far have been pretty unimpressive in terms of performance, and consumers have been very slow to get on board. Tesla has to prove that this market exists on a mass level before they can truly shake anything up on a large scale.

It’s not only about selling cars for Tesla

Of course, that is not necessarily Tesla’s main intention. Elon Musk has always stated that his overall goal is not to sell a lot of cars but rather to prove to the world that the experience of driving an EV can match that of a car powered by gas. He has stated that the purpose of Tesla is to “help expedite the move from a mine-and-burn hydrocarbon economy towards a solar electric economy.”

That is not to say Tesla is not making an impact. Its batteries are perhaps the most innovate thing about the cars, and the firm is also making waves with its over-the-air updates and self-driving technologies. The Model S has been a clear winner in its niche, but the question remains whether this success will be achievable on a much more massive scale.

Right now, with gas being relatively cheap, there is little motivation to switch to electric for many consumers who find comfort in familiarity. EVs from Nissan, Honda, and others are not taking up very much of the market share compared to traditional cars.

Can Tesla really be considered a disrupter? Experts say it’s more in line with a “sustaining innovation”, which is what occurs when an existing product is made better, and few would argue that Tesla hasn’t accomplished that with the Model S.

The reality is that less than 0.5 percent of all cars sold in 2015 were made by Tesla, which is an extremely small proportion of the overall market. Many car makers feel it just doesn’t make sense financially to make electric cars right now. For example, Fiat Chrysler CEO Sergio Marchionne said he would sell the minimum amount required and “not one more”. He also told Bloomberg, “I can’t make money building a car like Tesla. So for the time being I am abstaining.”

While Tesla knows how to build a great car, it looks like for now, at least, the revolution is still a way off.