Tesla Inc is about to embark on the biggest move in its history. The launch of the firm’s Model 3 may even change the auto industry forever. One thing is certain, however: You can’t believe the rumors going around. We don’t have a huge amount of information about the final Model 3 specs, but that won’t stop people from guessing.

In order to help you level your expectations, here’s a look at some of the rumors we here at Learnbonds are more skeptical about. If you’re betting on the Model 3 to send Tesla stock flying upward, or the opposite, you should pay attention.

This is a rumor that emerged from a photo of the Model 3 interior. The images, which were captured at the San Mateo Supercharger, show, after some simple maths, that the range of the car could be 300 miles. There are many things that could be amiss with this estimate. Because the screen could be using beta software or non-EPA measurements, it’s important to be skeptical.

Elon Musk has said pretty clearly that he’s aiming for a “more than 215 miles range” on his big release. He also said that buyers shouldn’t expect the car to come with the latest and greatest tech. The longest range Model S will take you just 351 miles. The firm certainly could release a more expensive Model 3 with a similar range. It has the technical capability, but it does seem to go against the grain of past statements. 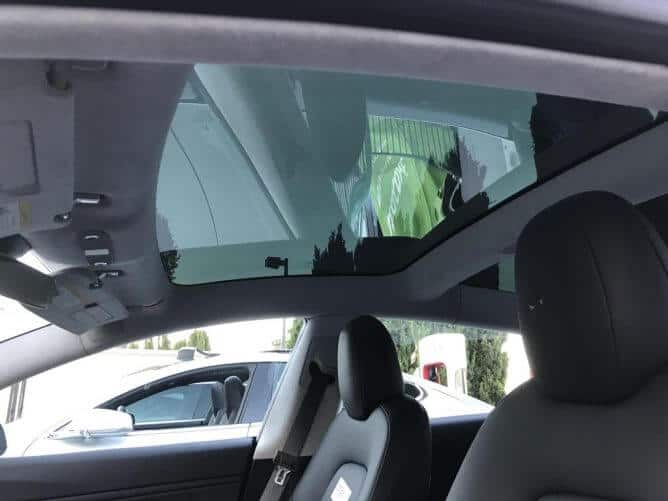 Despite that, it’s worth sticking a pin in this rumor until launch. Don’t go planning any 300 mile road trips just yet.

Ben Sullins at Teslanomics reckons he has figured out the Model 3 delivery schedule. By his count the firm will manage to get more than 80,000 cars to consumers before the end of the year. This is yet another guess that’s worth taking with a pinch of salt.

Sullins uses a complex, foggy method to come to his number. First he looked at Toyota’s production when it owned the Fremont factory Elon Musk will build the Model 3 in. He is then guided by Elon Musk’s comment that “Another thing I really want to emphasize is the production ramp tends to look like – is exponential. Ultimately it is an S-curve. An exponential goes to linear then goes to log. And it’s very difficult to predict exactly where that beginning part of the exponential and the S-curve fits in between quarterly reporting.”

After this he applies his “learnings” from a factory visit and comes up with 83,000. You can check out the method used for the estimation here.

Tesla has fallen afoul of Murphy’s Law before. That means it’s a good idea to be skeptical of all delivery estimates.

Model 3 options have been cut

Over at the Tesla Model 3 Owners Club this week we got news that may have disturbed some Model 3 reservation holders. Trevor, who runs the forum and has a reputation for solid information, says that there won’t be many options at launch.

We’ll have to wait and see if that rumor is true. Because Tesla is trying to make its budget EV en masse, it doesn’t seem outside the realm of possibility. It may be a little bit crazy on Tesla’s behalf however. Consumers can be fickle, and we could here a lot about misleading commentary if this is the case.

Tesla is going to lose money on the Model 3

A UBS report released back in May started a rumor that’s hard to get rid of. The investment bank says that Tesla Inc won’t be able to make money if it sells the Model 3 at $35,000. That’s the price point the firm set the car at years ago, and it seems to be keeping to its promise.

UBS said in its report that the firm would need to sell at an average price point of $41,000 in order to break even. The bank’s analysts thought that this was highly likely, given the extra options the car will offer.

Since the report was released it has been used to bolster the anti-Tesla case. There’s one major problem however: the argument was based on the cost of the Chevy Bolt.

The UBS analysis may offer some sort of guide to the price of the Model 3, but it’s almost worthless at putting a “break-even” point. What’s the margin of error on the firm’s calculations? Given the odd methodology, which may be neither valid nor reliable, it would be surprising if it’s under 10 percent. That’s a big swing in profitability.

There are a lot of people out there who hold shorts in Tesla Inc stock. Some of them are entirely logical. They have a good case built up on why the stock is overvalued, and they try to act on it. Other traders have decided to short first and make their case later.

That seems to be the case with Cloister Research over at Seeking Alpha. In a post describing their short position today, the firm analyzed the words that Tesla CEO Elon Musk used on a recent earnings call to argue that shares are over valued.

According to the piece “Indeed, discussion of the “energy” portions of the business made up almost exactly 30% of the meeting, while the Model 3 made up only 7.5%.”

In conclusion Cloister, which is short Tesla stock, says “If it’s true that Model 3 and autopilot are being downplayed, then we can expect both to underperform expectations. For such a story stock as Tesla, that might be a death knell.”

Cloister could be right, but that method of analysis seems flawed to start off with. As Tesla stock trades on hopes for the future, it is a dangerous move to bet against it. The Keynesian adage says “The market can stay irrational longer than you can stay solvent.”

Tesla holders should ignore the news

It’s hard to do, but research shows that investors do better when they check their stocks less often. Those holding onto Tesla stock should take that advice to heart. Spending too much time worrying about the future of your investment does you no good.

If you’re worried about Tesla Inc , and you want to sell before the crash the best time to sell is probably right now. That’s not a prediction that shares are headed for a fall. It’s a prediction that those who try to buy low and sell high almost always get it wrong.

If you believe in Tesla, you don’t have to believe the rumors. Sit back, enjoy, and wait for your Model 3 to arrive. Elon Musk isn’t known for punctuality, but he is known for keeping customers happy. That has gone doubly for shareholders in recent years.