Tesla Motors Inc has ambitions that reach far beyond the road and electric cars. Much of the world already knows the luxury car brand and its game-changing achievements.

For those who are clueless, Tesla stands at the fore of electric vehicle and energy markets. CEO Elon Musk and his company have taken on skewed laws and regulations that seek to secure the monopolistic success of long-standing, car industry giants. The young American auto giant has repeatedly disrupted auto-markets in order to expand its stronghold.

However, the award-winning, luxury car maker is much more than many might think. Beyond the luxury, the electric vehicles and enhancing road safety for all, Tesla Motors has projects aimed at making it the world’s ultimate household and business energy brand. Today LearnBonds looks at Tesla as something greater than the renowned Model S and upcoming Model 3. Here is a look at a few of the company’s other booming developments.

Roof tiles. That is what the eccentric Elon Musk revealed several months back before an audience of a few hundred invited guests. Part of his agenda was to shed the negativity that loomed over the hotly debated merger with SolarCity Corp. However, Musk appeared more set on proving just how simple it will be to pull in household consumers with the combined efforts of the two companies.

Of course, these were not ordinary tiles by any means. They are practically indistinguishable from ordinary roof tiles. Although the glass, textured roof pieces come fixed with solar cells.

Tesla Motors wants to make solar tiles just as attractive as electric cars have become in recent years. Musk believes that every household roof can and should be solar. And why not? Tesla has proven that its innovation can produce tiles which are cost effective in the long run and sustainable, too. Their use can ease entire communities off their reliance on non-renewable grid power.

“We need to make solar panels as appealing as electric cars have become,” the CEO insisted. “It needs to be beautiful, affordable and seamlessly integrated.” If all those bases are covered and such technology is a made readily available, “why would you go any other direction?”

Glancing at the solar tiles from low angles makes them look solid and nontransparent. It is only upon closer inspection that one sees they are see-through, revealing the hidden cells hidden within. The trick lies in a special coating that changes transparency based on the angle at which they are seen. This effect is much like the privacy-enabling screens on most laptops and smartphones, which can appear dimmed to people not directly in front of the devices. Simply put, sunlight passes through the glass tiles just fine while anyone at ground-level sees conventional roof tiles.

Although insanely appealing, there are a whole heap of factors that would naturally spring to the mind of the skeptical buyer, and rightly so. What would the cost of maintaining these tiles be over the years? Can they withstand the cold and extreme weather conditions like hail? Musk took care of such concerns by showing the audience clips of drop tests. These proved the solar tiles are more durable than normal slate or clay tiles. 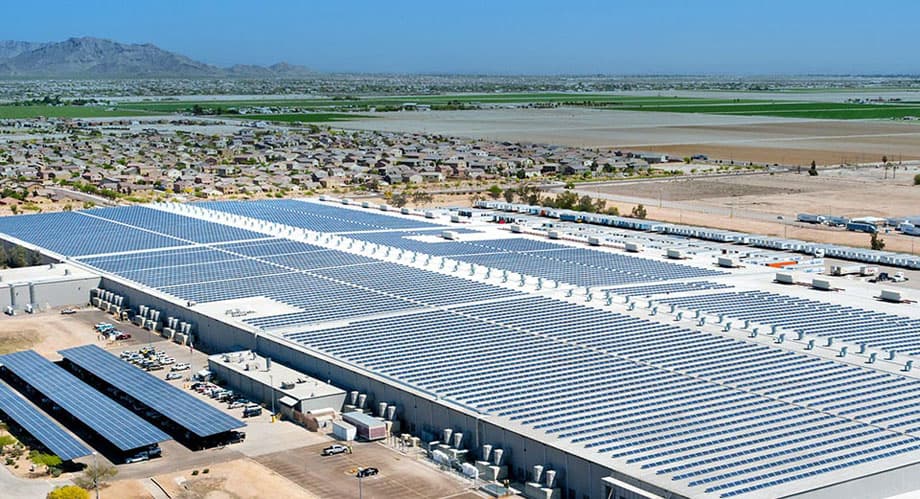 Musk told those present that “it has a quasi-infinite lifetime. It’s never going to wear out.”

There are more benefits to the company’s recent SolarCity adoption. The merger is set to boost the value of Tesla’s existing solutions. Elon Musk showcased Version 2 of the Tesla Powerwall the very same night of the Tesla solar roof concept. The company’s solar rooftops are designed to work with the revamped house battery system. The Powerwall and its industrial counterpart — the Powerpack — were rolled out in April 2015. It is a home battery that collects electricity from either the city grid or solar panels. It can be used to energize homes and businesses or store power for back-up energy.

Andy Ogden believes Tesla’s rooftop tech has all the workings of a successful strategy. He chairs the Industrial Design Department at California’s ArtCenter College of Design. “If [Tesla] can make it easier, and less expensive and more attractive for roofs to be solar, then that will drive the uptake of battery systems.”

Tesla’s goal to seamlessly integrate clean energy solutions into existing markets forms part of a master plan that will see the company grow into a formidable road and household name over the next few years. All this will take place while offering extremely stylish products. The firm takes a page from the success of its own appealing luxury EVs. A sleek glass roof that powers your home but looks like any other is the same appeal that draws buyers to an elegant car with a sporty edge but actually runs on electricity.

Of course, ordinary solar panels can get the job done. However, one can’t deny how hideously they sit on rooftops, often lessening the appearance of homes. Tesla Motors has repeatedly gone out of its way to prove that going green doesn’t mean you have to sacrifice style.

Upon completion, Tesla Motors’ Gigafactory is set to acquire a total 13.6 million square feet of the Nevada landscape. Construction began in 2014 and should be complete by the end of this decade. Once it is done, the plant will push out more lithium-ion batteries than the rest of the world does in a year.

According to Tesla, “the Gigafactory will produce batteries for significantly less cost using economies of scale, innovative manufacturing, reduction of waste, and the simple optimization of locating most manufacturing process under one roof.”

The battery plant is a joint venture with Panasonic. In one part of the massive building, the Japanese electronics major will take the lead in making the battery cells. Tesla will then assemble them into Powerpacks for its cars and other end-products.

However, only a portion of the Gigafactory’s production will go into the upcoming Model 3 and the rest of the Tesla car line-up. A great number of the battery packs will go into the formation of the station units like the Powerwall. Tesla projects it home products business to greatly surpass its EV business over the next several years.

What is your take on Tesla though? Is the company doomed to fail? Is it poised for even greater global achievements? Let us know your thoughts in the comments below. You may also keep the conversation going by sharing this page on social platforms.