The highly anticipated Model 3 sedan from Tesla Motors Inc  was finally revealed last night and Tesla CEO Elon Musk had nothing but good news to share. The verdict: it seems to be everything we had hoped for from Tesla Motors and a little bit more. The company’s “Master Plan” — a revolutionary mission aimed at speeding up the availability of sustainable vehicle solutions around the world — is finally on course with an enormous amount of support behind it. 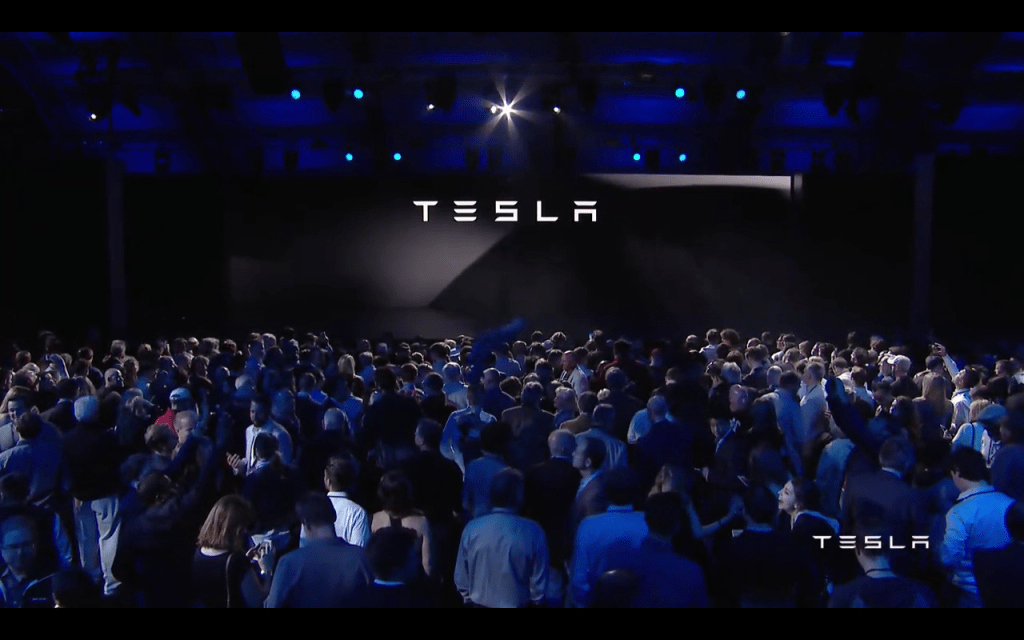 The event began streaming last night with a dimmed stage set out in view. Cameras panned around the audience to capture the obvious excitement that filled the venue. The name Tesla was set in the background with several hundred or so attendees holding out their smartphones and cameras, not wanting to miss a moment or the much-awaited unveiling. 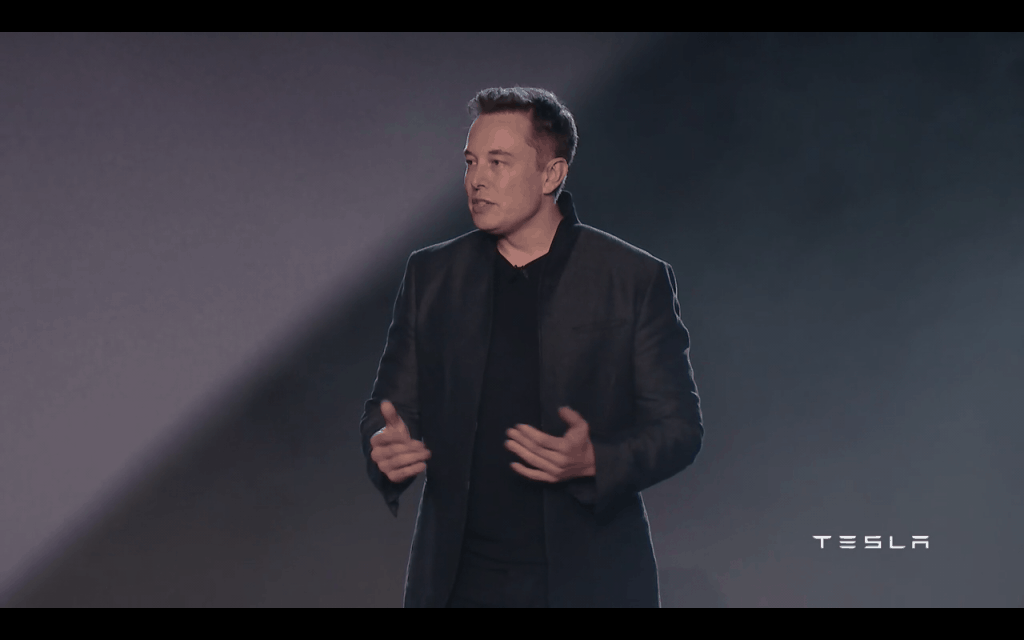 Everything the EV giant has done until now was to fund the Model 3 initiative. Elon Musk admitted this not long after he came on stage. It was a very long and taxing process, but the company is proud to say that things are finally coming together quite nicely. From the Roadster to the Model S and even the recent Model X SUV, Tesla had one thing in mind. That was to prove to the world that electric vehicles can be just as, and even better, than conventional motor cars. 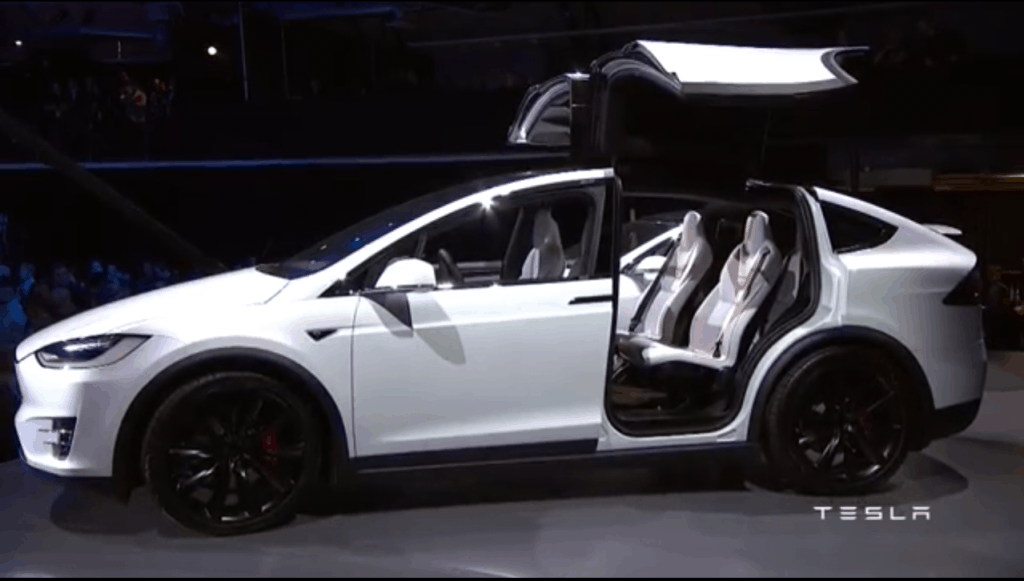 And who can deny that the groundwork was played out effectively? Sure, there were numerous setbacks and hold-ups, but changing the strongly held perceptions of masses is no easy task. Today, an EV manufacturer holds the title of best automaker in the world. The Roadster caught our attention, the Model S proved that luxury, speed and fun can all be crammed into an electric vehicle, and the Model X, well though equally elegant and fun to drive, it was mostly produced to add a bit more funding for the Model 3. 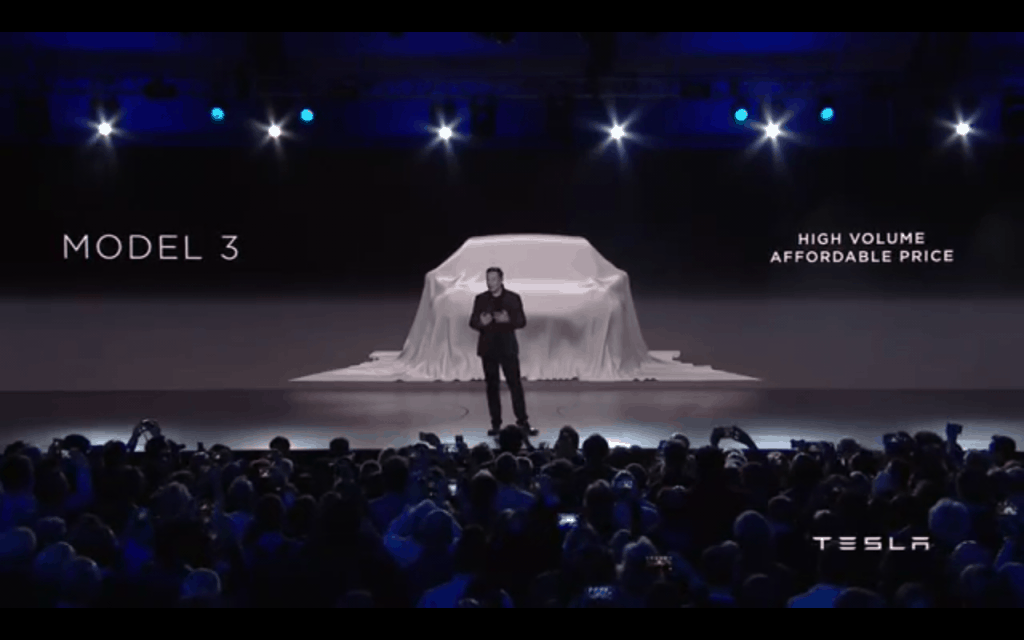 Though many analysts and potential buyers had their doubts, Tesla Motors put many of our insecurities to rest last night. Firstly, yes, the Model 3 will indeed go for $35,000 with several tax incentives around the world allowing it to be much cheaper. It will be able to span at least 215 miles per charge and other versions will be made available with even more distance capacities.

Musk assured us that there will be other Model 3 options available for purchase too. Not much else was shared about these but they will surely come with a lot more of the much-loved features that are expected from Tesla. That’s not to say that the standard Model 3 will be lacking either. If anything, the basic Model 3 will come with a lot more than what you’d expect for $35,000. 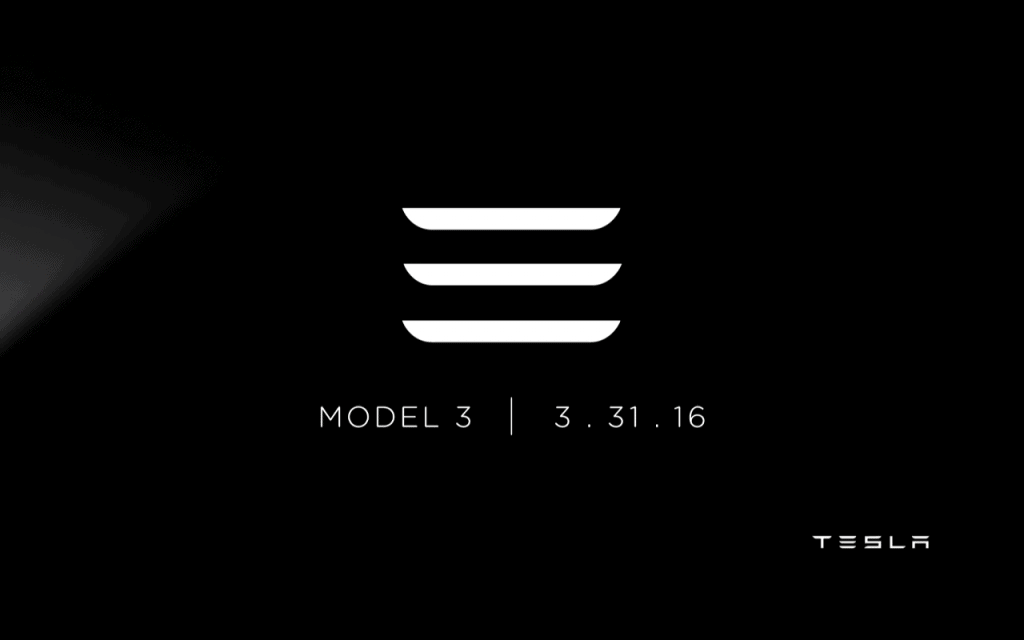 Offering a sigh of relief, the CEO reported that the mass-market EV will come with free Supercharging just like its high-end superiors. That’s the ability to fuel your car for free at any public Tesla outlet. The Model 3 will also  come with Tesla’s Autopilot hardware. This means the ability to drive your car hands-free and Summon it in and out of parking spaces will not be reserved for the Model S and Model X alone.

Tesla Model 3 is a performer too

The upcoming Tesla will also be a fast little beast, capable of going from 0 to 60 in under 6 seconds. “We don’t make slow cars here a Tesla,” Musk jokingly asserted. But he also made a point of assuring us that safety is the EV maker’s first priority and that, yes, top safety is not a high-end luxury and will be instilled in its mid-market car as well. Not only will it be fast and safe, but it is aslo flaunt all the Tesla luxuries at a fraction of the price. The CEO says the Model 3 will be five-star in all aspects. 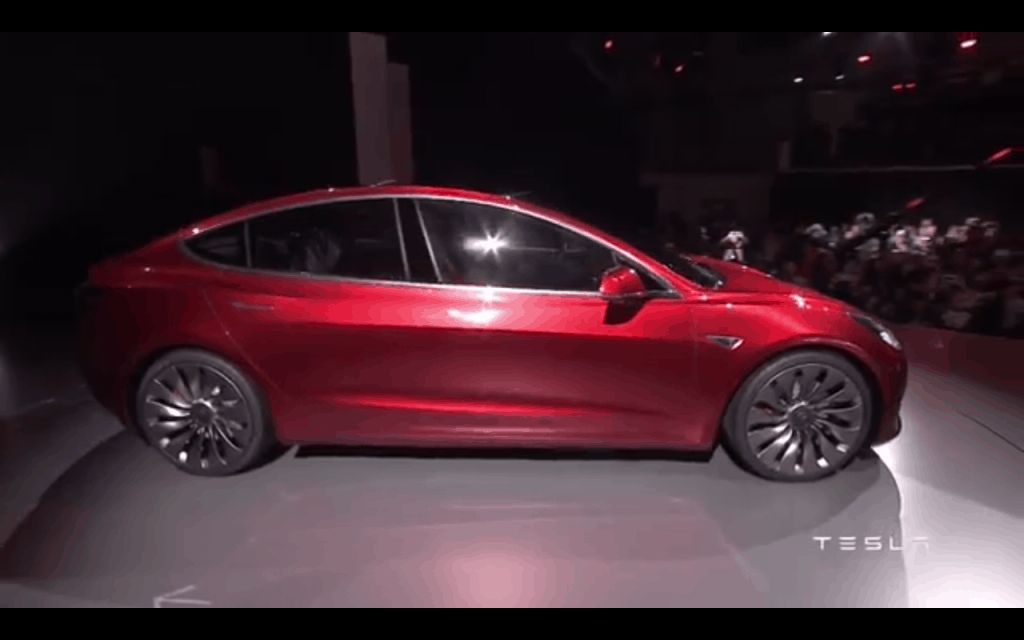 It will be spacious too, very spacious, with the ability to seat five adults very “comfortably”. Like the Model S, the Model 3 will have front and rear trunks for loading all your things as well. Though nothing else was said about the interior design other than space and legroom, we did see a very nice center console housing a large screen and a smooth and futuristic dashboard. It should be noted, though, that the car still has months to go before it goes into production. Much like its high-end predecessors, the car is likely to go through a number of changes before it is actually built for the market. 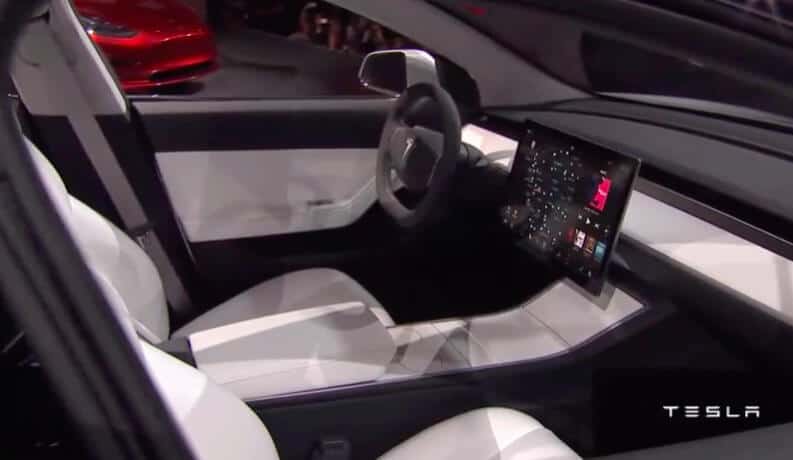 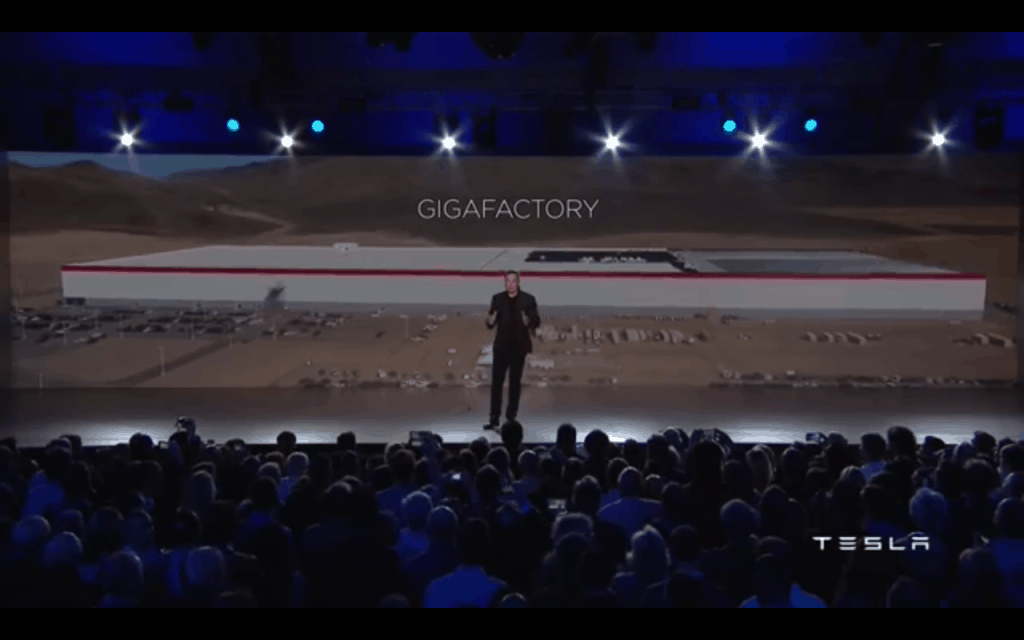 The Fremont factory, Musk assured, is well underway to producing 50,000 Teslas a year. Already in operation is the highly covered Gigafactory. This plant is said to be essential towards ensuring the affordability of Tesla EVs. Tesla Motors reports that it is aiming for extremely efficient high volume production. In fact, once fully completed, the Gigafactory will make more Lithium-Ion batteries than all other production plants combined.

Model 3 is hopefully on track

Tesla Motors Inc has gained a huge amounts of Model 3 support. Musk relayed that by the the time of the unveiling, the Model 3 had gotten over 115,000 deposits worldwide. Online orders must have added significantly to that number too.

As for when we can expect to see the car on the road, Musk is fairly confident that the Model 3 will be delivered by 2017. However, considering what you’ll be getting for a mere $35,000, a car as great appears to be worth the weight. If you missed last night’s unveiling, the Model 3 event can be viewed right here.