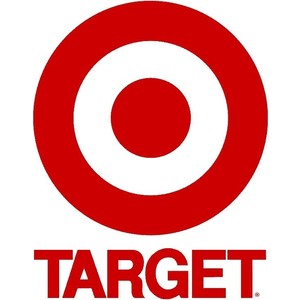 Target Corporation (NYSE:TGT) may be the big retail winner this holiday season. This is the prediction being thrown around after the retailer reported that it was able to draw in shoppers once again. Although sales were down a tiny bit, the losses were not as immense as initially expected. The shoppers went to Target for the back-to-school shopping season, and traffic trends are getting better ahead of the Christmas season. Once January rolls, Target may have had the best visit from Santa Claus.

Target is having a big day in the market. After Target reported a smaller than expected drop in comparable sales, the retailer’s shares climbed as high as nine percent. Its admirable ecommerce growth, which saw a 26 percent increase in digital sales from a year ago, also contributed to its upward movement on the stock exchange.

The strong third-quarter helped quash concerns of its second-quarter. During the April-to-June period, Target warned of a potentially weak holiday season. But that’s in the past and may not be the case anymore.

Ostensibly, Target is drawing in more shoppers to its stores. This was a problem for the discount retailer just earlier this year. According to the numbers, comparable sales dipped just 0.2 percent, lower than the two percent projected.

All of these may be signals for a huge holiday season. With more consumers expecting to spend more than previous years, Target may benefit from this trend.

Target is already stress-testing its web systems. It is also looking to improve its in-store pickup area. Despite its early struggles, it’s trying to enhance its grocery section. So, if you’re looking to pick up a turkey and some sweet potatoes to go along with your Christmas presents then you don’t have to worry when you’re at Target.

Target has been plagued by problems, especially when it opened up stores in Canada. Everything from a poor ecommerce system to the lack of inventory, customers have regularly complained about Target. But the retailer started to listen, and it seems that listening has started to pay off.

The momentum couldn’t come at a better time. As consumers turn to the likes of Amazon.com, Inc. (NASDAQ:AMZN) and Wal-Mart Stores, Inc. (NYSE:WMT), Target needs a competitive edge. If its website works well, if it has plenty of inventory until New Year’s Eve and if the stores are filled with cashiers, Target may do very well this holiday season.

With that being said, Target is already looking beyond Christmas.

Target CEO Brian Cornell said on Wednesday that the retailer will open hundreds of small-format stores. These stores would sell apparel, home goods, baby products, convenient foods and other items.

“We think we have the opportunity to enter many, many new neighborhoods,” Cornell said on a conference call.

Today, Target has roughly 30 such stores. One of these stores, which is 45,000 square feet, is located in Tribeca. This store has been the basis for understanding how to exactly operate such a store.