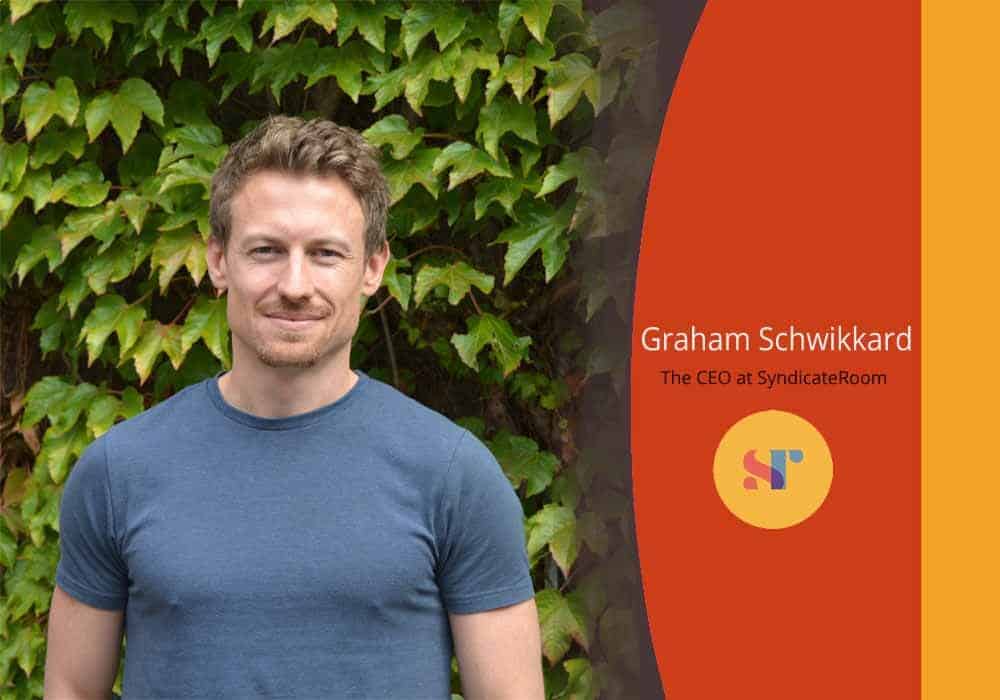 In a recent interview with Learnbonds.com, SyndicateRoom Chief Executive Officer, Graham Schwikkard explained why London is witnessing a decline in the number of fast-growing startups. During the interview, Schwikkard further explained how Brexit will impact the SyndicateRoom operations and the entire crowdfunding sector.

At the same time, Schwikkard explained how the industry can approach the challenge of a lack of investors in the startup sector across the UK. According to the Chief Executive, this remains the biggest challenge to date.

Investing in early-stage businesses comes with a lot of risks. However, SyndicateRoom has been successful so far in getting investors to put their money in startups. What has been your trick in selecting the right startups and getting investors who understand the risks?

“Since 2013, our strategy has always been around identifying and co-investing with lead investors, or super angels, who have access to top startup deals and a demonstrable track record of backing high-performing companies. While we’ve adjusted our model over the years, the core principle has remained the same. Once you have access to top startup deals, investors notice and over the years we’ve become the go-to place for thousands of ambitious startup investors.”

SyndicateRoom recently launched the “Top 100: Britain’s Fastest-Growing Businesses” and it emerged that London was witnessing a decline as the home of fast-growing startups in 2019. From your point of view, why is this happening?

“It’s a fascinating phenomenon and I think it can be best summarised by the rise to prominence of areas like Cambridge and Oxford which are fast establishing themselves as cities to grow large, successful tech businesses. These cities have young, dynamic and well-educated workforces, plenty of capital to support companies throughout all stages of growth and have very well-established yet open entrepreneurial networks. Both cities have grown some very successful unicorns like CMR Surgical and Darktrace and there’s a real sense that you no longer need to go to London to go big.”

Investors tend to be torn between going for Crowdcube or Seedrs. What would be your advice to investors to help them make the right decision?

“My advice to any investor – large or small – looking to invest in startups will always be to come to SyndicateRoom. I’d argue that our approach to sourcing top startup deals is more robust. Our ambition is to be a seed investor in every single British unicorn and we believe that we have a strategy to achieve that. Being true to our crowdfunding heritage, we also want as many people as possible to come on this journey and share in its excitement and potential profits.”

Do you expect SyndicateRoom to target more outside the UK in the near future? Is there a roadmap for expansion?

“For the time being, our focus remains on the UK, which has Europe’s most active and vibrant startup investment market. There’s still a lot to achieve here. Our plans for growth are focused on building out our super angel community – which consists of the UK’s best-performing startup investors.

We currently track the performance of around 1,100 angel investors and co-invest with almost 50 of the top-performing super angels. In the short-term, we want to identify all of the UK’s super angels and invest across all of their deals to replicate their collective success.”

What are your thoughts on Brexit? How will this impact SyndicateRoom’s operations and the crowdfunding sector in general?

“Entrepreneurs thrive in uncertainty and even in the most severe downturns that we’ve modeled, the startup ecosystem appears very resilient. For the long-term, it’s imperative that the government keeps the UK’s doors wide open to entrepreneurs and startup talent if we want to keep our status as Europe’s top destination to build tech companies.”

SyndicateRoom’s portfolio has several health-related startups. Do you expect this trend to continue? Is there any other sector where you see an opportunity for capital formation?

“We are completely sector agnostic. The areas we invest in are largely determined by what the super angels we follow to invest in and historically this has been weighted towards life science businesses. We’re very proud of our life sciences portfolio, not only for its investment potential but also because of the colossal impact it can have on the future of our health. I’d like to see us continue to support this sector in a big way.”

How do you make decisions in the event you come across interrelated opportunities with great potential?

“We don’t try to choose between companies on perceived merit – instead, we focus on building highly-diversified portfolios of companies backed by super angels. If two competing companies receive backing from a super angel and meet our other criteria, then we’d likely invest in both.”

As a start-up yourself, how does your experience over the years help other startups achieve success?

“Especially in the early days, we too had to spend a lot of time and effort on fundraising for ourselves. Fundraising can be a colossal distraction for any team and we’ve since been designing our services to be as entrepreneur-friendly as possible. For example, as we do so much analysis and due diligence upfront on the super angels, we can move very quickly when it comes to investing in companies. From the first contact with an entrepreneur, we are able to make a commitment to invest in their company within 10 days.”

Since joining the market in 2013, what has been your biggest challenge while sourcing for investors?

“The biggest challenge (and one that isn’t really ever addressed) is that there aren’t that many startup investors in the UK. According to HMRC records there are fewer than 40,000 individuals who claim EIS tax relief (by investing in startups) and that number isn’t growing. So, the challenge for all the platforms has been about growing the market.

We’re banking that Access EIS will open the startup investing market to hundreds of thousands of new investors, with highly-diversified portfolios, low fees and accessible minimum investments. We see ourselves as popularising startup investing in the same way that Vanguard did with stocks and shares.”

What does the future hold for SyndicateRoom and the crowdfunding sector in general?

“Our future will be around fulfilling our vision of a world where anyone can be or back an entrepreneur. Though unlike crowdfunding platforms, we will deliver on this via our funds. We believe that pooling capital into funds is the best way to get much-needed capital to high-potential entrepreneurs, and get ambitious investors – both large and small – into top startup deals that deliver consistent returns for them.”

Thank you, Graham, for the conversation!