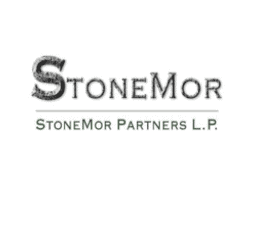 By Author of Life, Investments, Everything Blog

As the junk market has rallied, pickings have been getting slim in the 10+% YTM category.  Of the non-Caa/CCC rated names that regularly show up in my searches there are precious few I would want to own.  However, Stonemor Partners (STON) 10.25% bonds due 2017 (CUSIP 86184BAB8) recently offered at 95 cents on the dollar in retail sized lots appear to be one of the rare attractive yield opportunities currently available.  These bonds yield a bit over 11% if held to maturity and as much as 16% if they are called at the issuer’s earliest opportunity.

While STON bonds do not offer a material capital gain potential, I believe they are a solid value for yield oriented investors.

STON is currently rated B3/B- and has bewilderingly complex financial statements.  The company is primarily an owner and operator of cemeteries, with a few funeral homes added to the mix.  Cemeteries require the operator/owner to maintain two types of trusts, a “perpetual care” trust and a “merchandise” trust.  The perpetual care trust is designed to throw off enough cash over time to ensure that the property is taken care of in perpetuity.  The merchandise trust is designed to ensure that when someone pays in advance for a plot and possibly a funeral there is money to pay for the supply of the goods and services.  Under GAAP accounting, STON is required to show these trusts on its balance sheet to the tune of half a billion dollars of trust assets.  The trusts own a mix of bonds, equities and preferred stocks so their value fluctuates considerably with market movements.  STON cannot simply raid the trusts, but it does get periodic distributions of cash from them, so the health of the trust investments is important.  With the capital markets looking a lot better than was the case a few months ago, the trusts should be in decent shape to kick out cash to the company over time.

The other major distortion to STON’s financial statements is the effect of growth in “pre-need” sales.

Pre-need sales are sales of cemetery plots and funeral arrangements before someone dies.  Growth in this area tends to consume cash and capital as receivables increase and STON has to put out cash to generate this business backlog.  As time passes, the cash owed the company is received and STON recovers its initial cash expenditures plus profits.  But as long as the company is growing pre-need sales, reported GAAP profits are depressed.

Due to these distortions to STON’s fianncials, I find that the non-GAAP management accounting reported in the company’s press releases and SEC filings is very helpful in understanding how the firm is doing.  In particular, adjusted operating cash flow is a measure that removes much of the short term cashflow distortions caused by pre-need growth.  By this measure, STON generated distributable free cash flow of about $35MM in the first 9 months of 2011.  Since STON is a full payout vehicle as an MLP (see below) this cash did not stay within the company, but it is a useful metric in determining whether the company can pay its creditors.  Assuming full year 2011 distributable free cash flow generation of about $45MM, STON is leveraged about 3.5X through the bonds based on distributable free cash flow.  This is fairly modest for a low single B rated issuer and if the company experienced difficulty paying its creditors the payouts to equity holders would stop and STON would appear to have ample retained cashflow to work out its problems.

As I noted above, STON is structured as a master limited partnership (MLP) which presents some special risks.

As an MLP, the bulk of all cashflow generated (and sometimes a bit more on top of that) is paid out as distributions to equity holders.  This means that STON does not retain any capital it generates to pay down debt, grow its business, etc.  Since the company has been highly acquisitive since its IPO, one might wonder how the company has not imploded.  Simply, when STON wishes to raise capital for acquisitions or deleveraging it must sell new shares, which the company has done several times since its IPO.  If the company were unable to issue more shares for a prolonged time, it would likely begin to be at increasing risk of financial stress.  So this is a risk that must be acknowledged and monitored (watch the share price – if it drops and stays down it is a problem).

If bought and held to maturity, STON’s bonds would yield about 11% (absent default).

While this is attractive, these bonds may end up yielding as much as 16%.  How?  STON issued these bonds in late 2009 when the company was under a lot of pressure from its prior bondholders and banks to refinance and pay them off as soon as possible.  At the first opportunity the company had, STON issued bonds to do so even though it was quite expensive (10.25% coupons are not cheap) and the bonds came with a fairly restrictive covenant package.  Since late 2009, conditions in both the bank loan market and the junk bond market have improved in terms of both pricing and covenants.  In January 2012, STON was able to amend its revolving bank facility to a far more borrower-friendly structure than was previously the case.  Improvements included lower cost, less restrictive covenants, maturity pushed out to 2017, no required amortization, fewer restrictions on what STON can do with the proceeds, and an additional $10MM in size.  In some respects, the covenants on the bank facility now look potentially less restrictive than those embedded in the bonds.  As a result, if junk bond market conditions do not deteriorate from their present terms and pricing, I believe that STON will probably call the existing bonds as soon as they can and refinance with new bonds that are less restrictive.  If STON calls the current bonds as soon as it can (December 2013), buyers of these bonds at 95 will earn approximately 16% annually through the call date.

As always, do your own due diligence, consult your advisors, and don’t buy too much of any one thing no matter how attractive.  A careful reading of the company’s SEC filings is important to determine whether these bonds are a suitable investment for anyone.  This is not to be construed as investment advice.  These are junk bonds: you can lose money on this stuff.

Disclosure: I am long STON bonds.