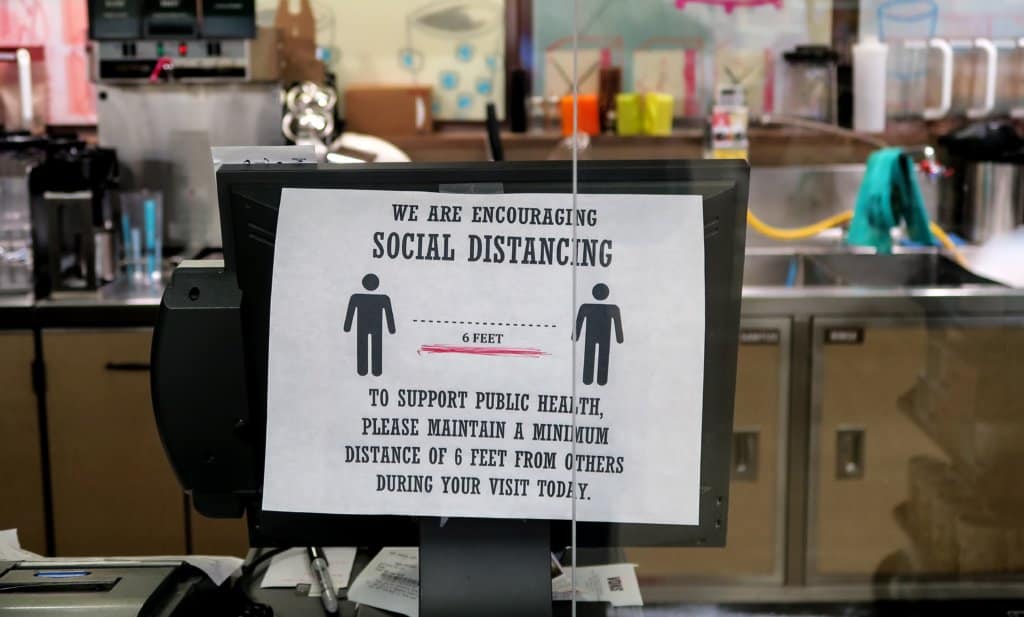 Starbucks expects its second-quarter earnings to fall by almost half and scrapped its full-year forecast due to the coronavirus – but investors bought what they saw as a cheap stock.

The world’s largest coffee chain forecast its profits in the second three months of its year would tumble by 47%, anticipating earnings per share of $0.15, down from $0.28 it was previously expecting.

It added that revenue in China faced a shortfall of around $400m compared with its expectations, partly due to a 50% decline in same-store sales for the second quarter ended March.

However, the Seattle-based coffee chain, with over 30,000 stores worldwide added in a Thursday market update that “we see more evidence reinforcing our belief that the business will fully recover over the next two quarters”.

Shares in the firm lifted 2.5% to $73.40 in afternoon trading as investors thought they saw a bargain.  But overall, its stock has fallen by just under 18% this year.

The firm’s stores in the US and around the world have been significantly affected by the health emergency, which has seen social distancing and stay-at-home measures have been enforced by governments. It said in the US, where these measures were tightened on 12 March, store sales declined between 60% to 70%. 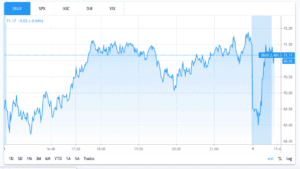 In response, to containment protocols in the US, the company has shifted its business model to store pick-up, drive-through, and delivery only and has enforced extra cleaning protocols to remain operational while complying with preventive measures.

The fast-food industry in the US is facing its worst weeks, as containment measures are ramped up in response to a spike in coronavirus cases that has put America at the top of the list of contagions with 435,000 confirmed cases and 14,797 deaths to date.

Meanwhile, chief executive Kevin Johnson said the business currently sits on $2.5bn in cash and equivalents and is able to withstand the temporary turmoil. It said its firepower included the proceeds of a $1.75bn =bond issued on 10 March, along with a $500m term-loan facility and another $1bn from a 364-day credit facility.