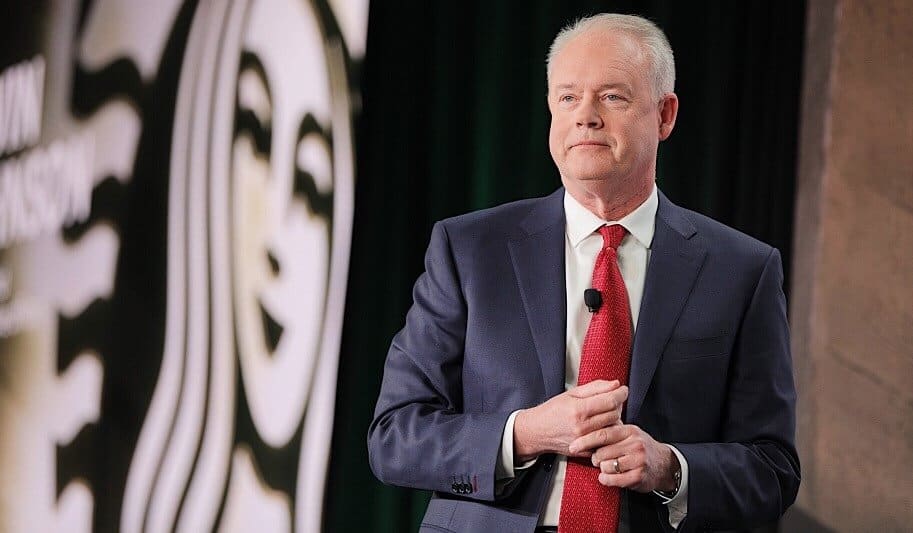 Starbucks chief executive Kevin Johnson (pictured) said Americans are going “stir-crazy” due to coronavirus lockdowns, and is confident his chain will thrive once restrictions are lifted.

Johnson said:“ We have all been in our homes for six weeks, we have got a little stir-crazy. People want to get out and do something, but they want to be responsible.”

The comments from the coffee chain boss come as the US has so far suffered over a million confirmed cases of the disease and over 60,000 deaths. The US economy shrank at a 4.8% annualized pace in the first quarter, ending the record-long US economic expansion of almost 11 years, according to official data on Wednesday.

However, President Trump also said yesterday that the existing coronavirus social distancing guidelines that are set to expire with the end of April on Thursday will not be extended further, as more governors begin steps to lift restrictions and reopen their economies.

“The fact is that, as human beings, we have this natural gravitational pull to interact with other humans,” the Starbucks boss told Bloomberg Television on Wednesday.

The Seattle-based chain has plans to reopen 90% of its US locations by early June, with most limited to drive-thru, delivery and pickup at store entries at first. The majority will start expanding operations next week, Johnson confirmed. In some limited cases, consumers will be allowed to place their orders at the counter inside a store, so long as social distancing practices are possible.

Prior to the pandemic, 80% of US Starbucks orders were in a to-go format. The company will continue to focus on China and the US as its priority markets, and the coronavirus outbreak hasn’t changed that.  The group plans to open 500 new stores in China this year as its exiting outlets have taken market share during the global pandemic.

Due to the widespread apprehension about going out, even as parts of the U.S. start to reactivate their economies, Starbucks isn’t going to provide any seating in its U.S. stores until it believes it is safe to do so. In China, where the company has been battling with the effects of the virus since December, most locations still aren’t offering seating. Others have limited seating options.

Starbucks is among the companies that remained current on its rent bills even during the height of the pandemic. However, chief financial officer Patrick Grismer confirmed the company is in talks with landlords for potential lease concessions and reduced rents after the coronavirus pandemic passes.

Following the coffee chain second-quarter results report on Tuesday, where it said its global same-store sales fell 10%,  shares in the company fell as much as 2.5% to $76.73 on Wednesday. Its stock is 14% down this year.

Even so, Starbucks is still optimistic about the long-term growth prospects.