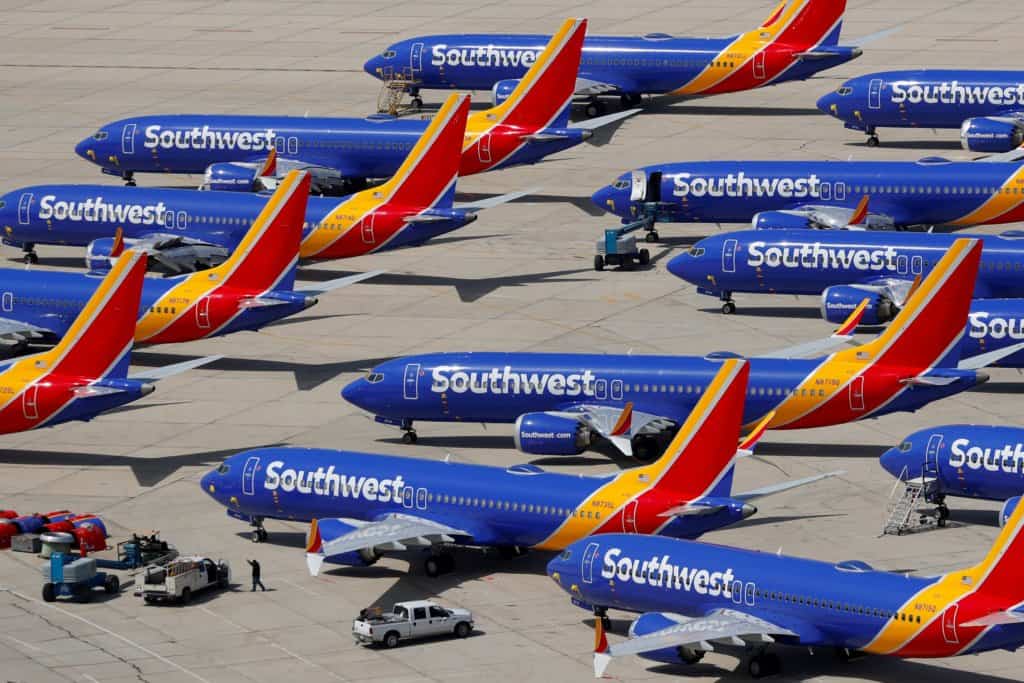 Southwest Airlines (NYSE: LUV) stock lost ground this morning on recent gains as its chief executive mulls whether the equity stake the government may demand it return for its bailout against the impact of coronavirus comes at too high a cost.

“The load factors are at levels we’ve never seen,” said the budget airline boss Gary Kelly in a video message to employees, referring to the proportion of seats filled on planes. “I can assure you we are losing money on every single flight, and big money. So that can’t be sustained indefinitely.”

But he added the funds “come at a cost,” Kelly said on Friday.  The cash for airlines, part of a $1trn bailout package passed by Congress last week, is earmarked for employee compensation and benefits and the aid package also requires airlines not to lay off employees for the next six months.

Stock in the Dallas-based carrier slipped just under 2per cent to around $35 in Monday morning trading, rolling back from the $43 a share the firm hit last Thursday. However, the business is down 36% in the year-to-date, as airlines have been knocked hard by the health emergency due to travel restrictions imposed by governments around the world.

On March 25, security officials at US airports screened just 239,000 passengers, down from 2.2 million a year earlier, according to trade group Airlines for America.

Passenger airlines are eligible for as much as $25bn in payroll support under the pending US rescue program, with another $25bn in loans.

Southwest, which has never laid off workers or cut pay, doesn’t have plans for furloughs, but “I can’t promise that won’t happen,” the airline boss said.

Analysts suggest that airline revenue across the industry could sink by 80% in the second quarter of this year. Southwest Airlines had generated revenue of $5.3bn in the latest quarter while its earnings per share came in at $0.98 per share.

“We believe the industry has lost at least two years of growth, and likely more. As a result, we do not believe we will see a return to normal before 2022/2023,” Cowen analyst Helane Becker forecasts. She believes airline companies will try to avoid bank loans and ultimately accept the government grants.

US carriers are cutting their April schedules by around 90% due to travel restrictions and an increasing number of infections in America. US President Donald Trump has extended the lockdown deadline to April 30, withdrawing from its previous plan of restarting the US economy by Easter. While the coronavirus cases in the US jumped to 143,025, Trump says keeping deaths to 100,000 would be a “very good job.” The extension of travel restrictions and lockdowns would further add to problems mounting up for travel and airline companies.