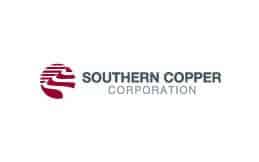 Southern Copper Corporation is an integrated copper producer with mining, smelting, and refining operations in Mexico and Peru, and exploration projects in Mexico, Peru, and Chile. In addition to being the world’s number five producer of copper, Southern Copper also produces molybdenum, zinc, lead, coal, and silver. The company was incorporated in 1952 in Delaware and conducts its operations through its “Peruvian Branch” and its Mexican subsidiary, Minera Mexico. Minera Mexico is a holding company with operations conducted through various subsidiaries. Additionally, it is important to note that Southern Copper is 81.3% owned by Grupo Mexico, a Mexican company with subsidiaries engaged in mining, transportation, and infrastructure. The following chart shows the organizational structure under which Southern Copper finds itself. 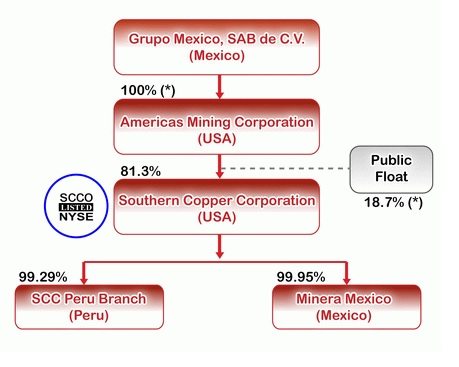 In terms of its revenue by product, copper is the dominant driver of revenues at 77% in Q1 2013. Despite Asia’s representing 65% of the world’s copper consumption, it represents just 17% of Southern Copper’s revenue. In the table below, from Southern Copper’s May 14, 2013 presentation at the 2013 Bank of America – Merrill Lynch Global Metals, Mining and Steel Conference, you will find a more complete breakdown of the company’s revenues by product and by market. 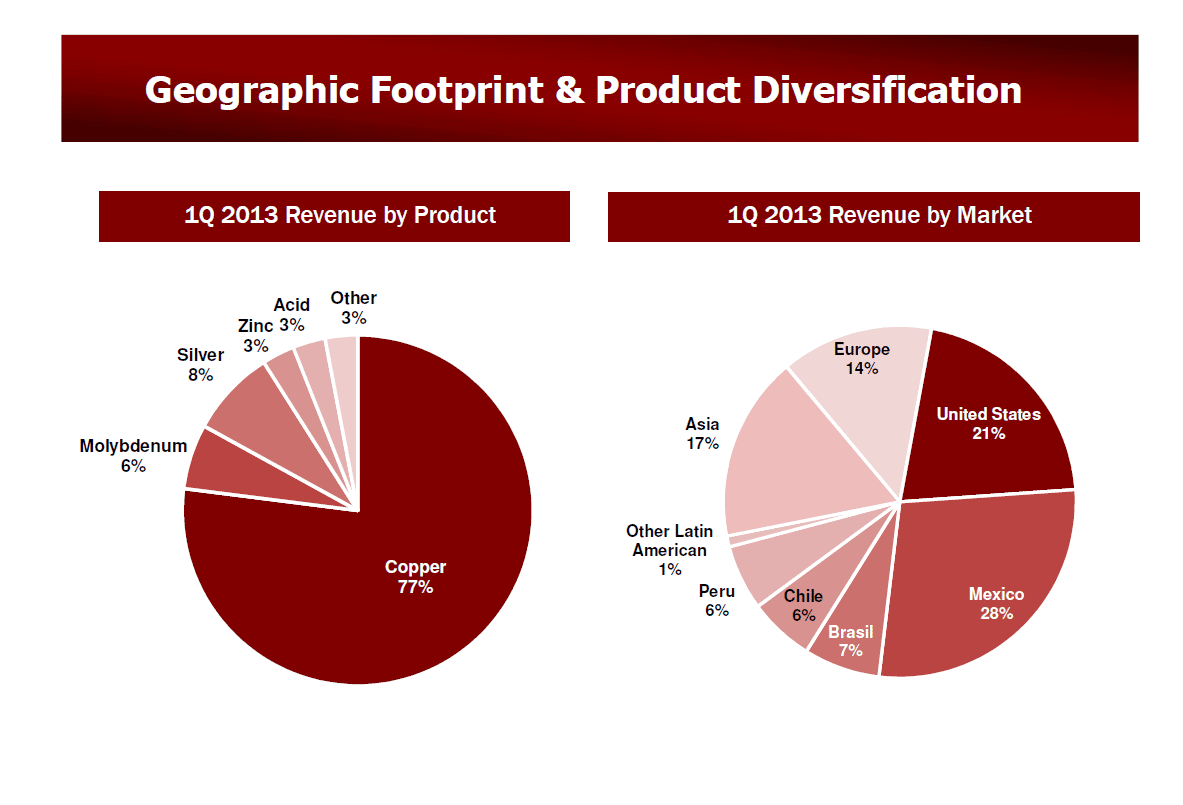 Given its status as the world’s number one company by copper reserves, and with the price of copper trending lower in recent months, you may be wondering how much it costs Southern Copper to produce all that copper. There are two ways in which copper producers report their cash costs per pound of copper production: net of by-products and all-in cost. Net of by-products, Southern Copper has a cash cost of $0.91 per pound. All-in, the cost is $1.99 per pound. Both figures are through Q1 2013. Copper prices at the CME have recently been fluctuating in the $3.00 to $3.20 per pound range.

In the first quarter of 2013, Southern Copper had capital expenditures of $316.8 million, free cash flow of $278 million, cash and cash equivalents totaling $2.462 billion, and debt totaling $4.214 billion (short- and long-term debt). If you would like long-term exposure to Southern Copper through the company’s debt, CUSIPs 84265VAG0 and 84265VAE5 may be of interest.

In both prospectus supplements you will find the following:

“Risks Related to this Offering

Neither the 2040 nor the 2042 maturing notes are guaranteed by subsidiaries of Southern Copper. When looking at the organizational structure under which Southern Copper find itself (presented earlier in this article), it appears as if Southern Copper has two main subsidiaries, one in Peru and one in Mexico. But notice in the previous paragraph the words “Our subsidiaries are separate and distinct legal entities.” On its website, Southern Copper describes its “Peruvian Branch” as not being “a corporation separate from [Southern Copper].” Therefore, it is reasonable to assume that the prospectus supplement is not referring to the company’s Peruvian operations when discussing subsidiaries. In the prospectus supplement for the 2042 maturing notes, it says that “as of September 30, 2012, the indebtedness of our subsidiaries that is structurally senior to the notes was U.S. $51.2 million.” In the context of Southern Copper’s total debt, $51.2 million of structurally senior debt (to the 2042 and presumably 2040 notes) is not that much.

Prior to purchasing either series of notes, I would encourage investors to read the prospectus supplement and the prospectus. They can be found here and here. Also, please keep in mind that this article is for informational purposes only and not a recommendation to buy or sell any securities. Only you can decide if taking the counterparty risk of investing in individual bonds is right for you.