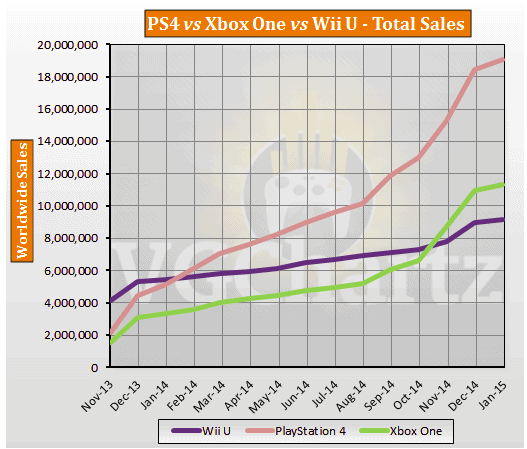 Sony Corp (ADR) (NYSE:SNE) is clearly winning the current console war, there’s absolutely no doubt about that. The Japanese giant has managed to outsell its American rival Microsoft Corporation (NASDAQ:MSFT) in almost every period since the release of the consoles.

With the difference between the Xbox One and the Ps4 ever deepening, here’s a look at a series of charts that really show what’s going on in the console war. For this purpose other players, with Nintendo being the most notable, are excluded for lack of impact on the core gaming market, in Nintendo’s case, or lack of information, in the case of PC gaming’s Steam platform.

PS4 Versus Xbox One Sales

This chart is pretty self-explanatory. The PS4 is killing the Xbox One when it comes to total sales. As of January 2015 there really was no competition between the two. At this rate it won’t be long before the PS4 manages to double the install numbers of the Xbox One.

It’s only ever been close once

The above chart shows total sales, but how are the consoles performing from week to week?

The above chart shows sales for the last 6 months. There’s just one week in which Xbox One sales looked like they could compete with those of the PS4, but that was months ago. This year the PS4 has maintained a comfortable margin that shows absolutely no sign of going away. That’s despite a deep price cut that Microsoft forced on the Xbox One in the intervening period.

PS4 might be the most successful console of all time

The current holder of the title “Biggest Selling Console” is Sony’s PS2, a long lived console that avoided competition. PS4 sales are currently way ahead of the PS2 at the same time in its lifetime, and it looks like the graph is getting bigger rather than smaller.

While the battle between Microsoft and Sony rages on in the PS4 vs Xbox One battle, software sellers are winning all over. Here’s a look at the stock prices of the three major publishers. 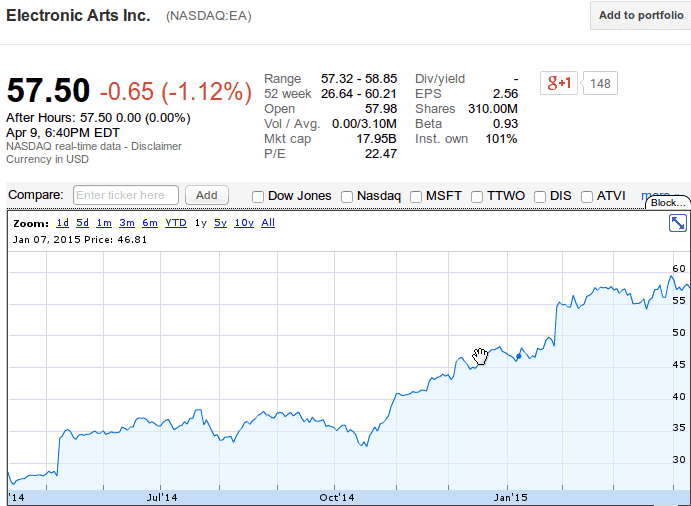 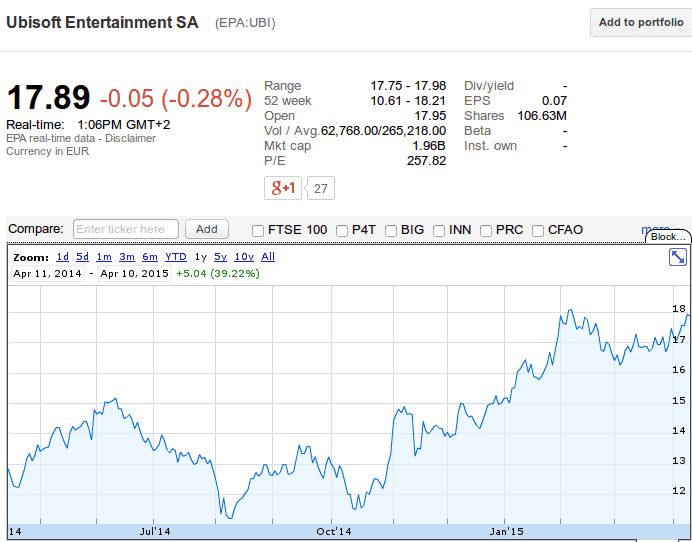 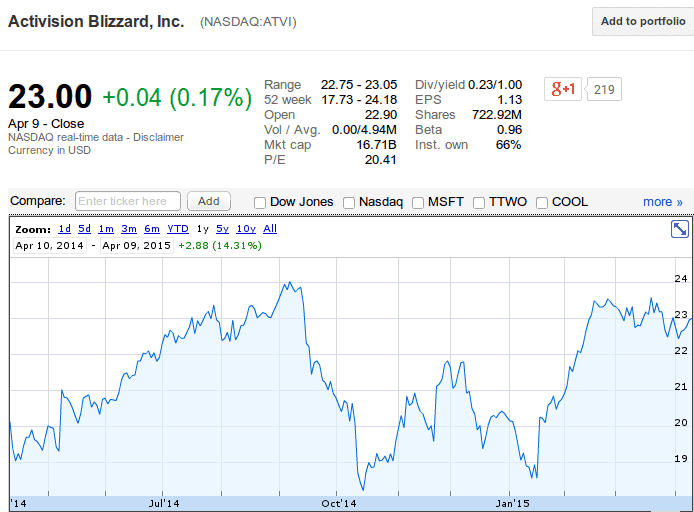 With the release of the new generation of consoles, each of the major publishers has down incredibly well. They’re selling way more games, and Electronic Arts is finally becoming reasonably profitable. The future of the industry looks strong, at least from the point of view of the publishers.

The profit margins and successes of software manufacturers are relatively easy to find because the companies involved are forced to publish their information. Similar figures for Sony and Microsoft are difficult to put together however. The behemoths hide their information behind walls of corporate complexity.

The PS4 vs Xbox One battle is very clearly running in Sony’s favor, but its’ difficult to see whether or not the company is actually making a reasonable profit off of that victory. At the same time, the situation at Microsoft could be financially dire after its price slashing. We’ll likely never know what kind of toll the hardware is taking inside their respective companies.