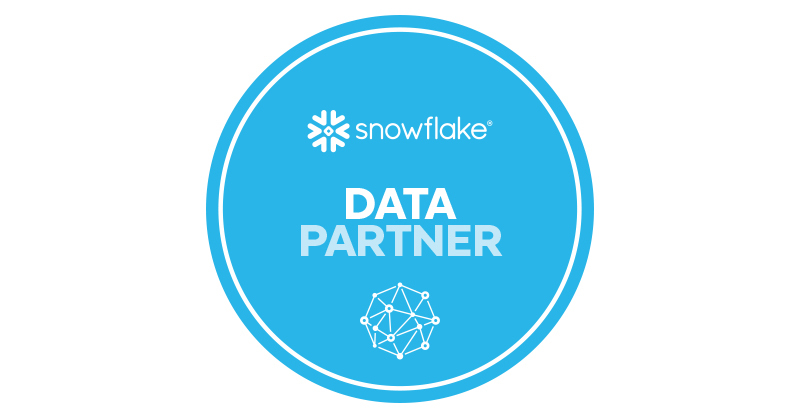 Snowflake stock is trading lower in early US price action today after BTIG downgraded the stock from a buy to neutral and lowered the company’s estimates. Snowflake stock trades at a fraction of its all-time highs even as it has recovered from its 2022 lows.

In his note, BTIG analyst Gray Powel said, “In our recent fieldwork, we heard concerns on the potential for growth to slow in a weakening environment, and we are seeing a deceleration in growth at the large hyperscale cloud IaaS providers.”

Snowflake had a massive debut as a public company in 2020 and it became the biggest software IPO ever. It priced its IPO at $120 and swelled above $300 on the first trading day. It continued to soar thereafter but slowing growth and the sell-off in tech stocks have taken a toll over the last few months.

Berkshire Hathaway is among the investors of Snowflake. The Warren Buffett-led company had invested in the IPO along with Salesforce. Usually, Buffett shies away from investing in tech companies and has an even more pessimistic view of IPOs.

However, the IPO probably attracted one of the other investment managers at Berkshire Hathaway. Snowflake became the largest software IPO ever as the company raised over $5 billion from the IPO.

Snowflake is still growing at a fast pace

In the first quarter of its fiscal year 2023, Snowflake reported revenues of $394.4 million, which were 84% higher YoY. Its remaining performance obligations also rose 82% to $2.6 billion. The company had 6,322 customers at the end of the quarter with a revenue retention rate of 174%. 206 of its customers had a trailing 12-month revenue in excess of $1 million.

For the fiscal second quarter, it guided for a product revenue growth between 71-73%. The company is known to provide conservative guidance. That said, cloud is among the most promising investment themes as adoption continues to rise globally. 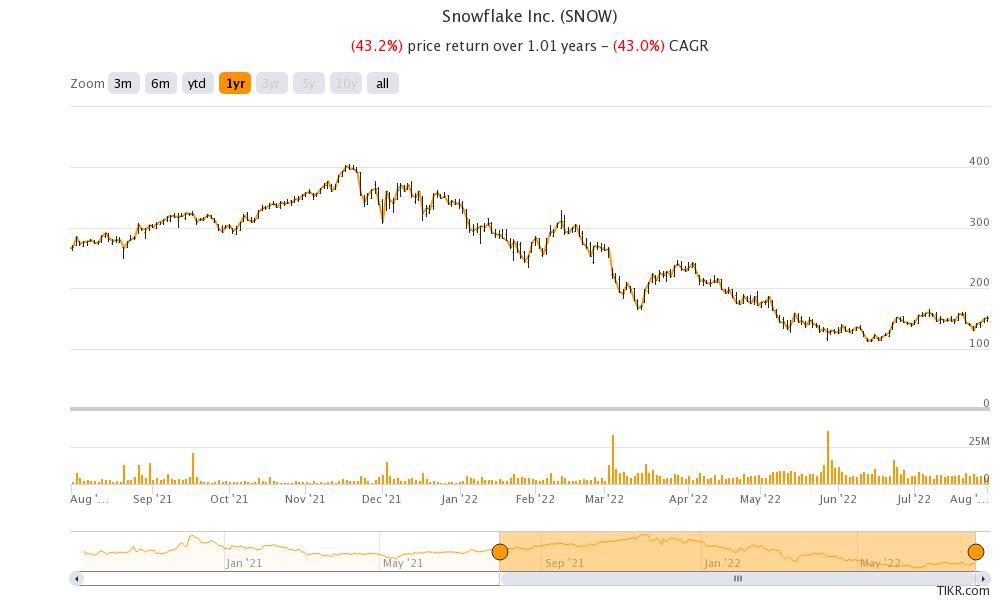 Meanwhile, pointing to earnings of Alphabet, Microsoft, and Amazon, said that cloud infrastructure service growth is slowing. It added, “To be blunt, this is a tough call, because the long-term growth opportunity ahead of SNOW remains very compelling and management is considered among the best in software. That said, based on our recent fieldwork, we are slightly reducing estimates on SNOW for FY23 and FY24. At over 16.5x 2023E EV/sales, we see a balanced risk reward on the stock.”

US stocks have been volatile in 2022

Along with the BTIG downgrade, the broader market sell-off is also weighing on Snowflake stock. In July, US stocks had their best month since 2020 which was preceded by the worst first half in decades. Markets have started August on a weak note and after falling yesterday, they are in red today also.

While stocks have been rising many analysts don’t believe that the worst is over for the markets. Mike Wilson of Morgan Stanley, who is among the most bearish analysts this year, believes that the risk-reward for stocks is getting unfavorable now.

He said, “While the bond market is starting to assume they get inflation under control, it may come with a heavier cost than normal, potentially a recession while they are still tightening, which may leave a very small window for stocks to work before earnings surprise on the downside.” Notably, yields on US bonds have fallen over the last month despite the Fed’s rate hikes.

Wilson predicts that the S&P 500 could bottom between 3,400-3,500 if the US avoids a recession but can fall to 3,000 in a recession. JPMorgan meanwhile is in the bullish camp and expects the S&P 500 to hit a record high later this year.

Coming back to Snowflake stock, it has been under pressure amid the sell-off in growth names. Investors have been wary of the high valuations of growth names and have pivoted towards value stocks amid the Fed’s tightening.