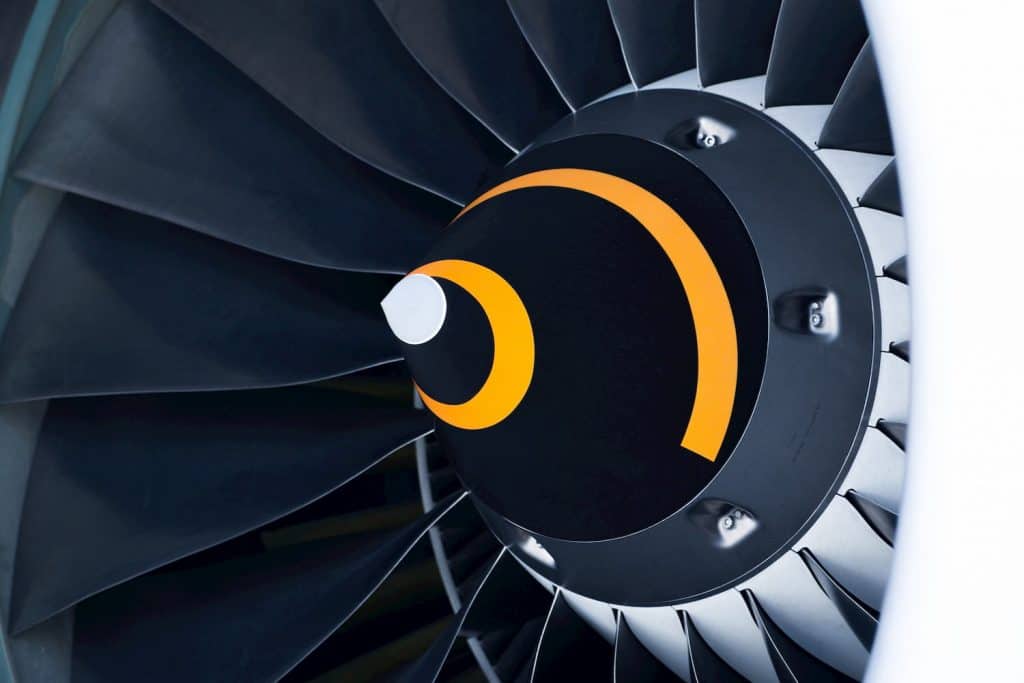 Investors always look for opportunities to put their money to work. Having a diversified portfolio to minimize loss and increase chances of succeeding is essential. Therefore, acquiring some aerospace stocks via trusted stock brokers could present opportunities with excellent prospects.

Several stocks within the aerospace sector present the attractive investment opportunity and here are the top 5 picks for those who strive to invest in this sector.

Boeing (NYSE: BA) is the world’s largest designer, manufacturer, and seller of commercial and military aircraft as well as satellites. The company manufactured 806 Boeings’ jets, 96 military planes and 2 satellites in 2018 alone. Being the largest in the industry, it is also a leader in the aerospace stock market.

Granted things look a bit gloomy in the short term, probably due to the recent incidents with the 737 Max that led to Boeing stock plummeting. The company which is also responsible for manufacturing U.S’s military jets is also reportedly behind schedule with upgrades on the Awacs planes due to lab closures in Oklahoma that have slowed down the process.

Dubai’s Aerospace also recently dropped its plans to order a large number of planes from both Boeing and Airbus. This is mainly due to the inability to reach an agreed price for the large order, and the company is considering an M&A deal instead. These no doubt are setbacks that make Boeing look unsuitable for investing right now, but the future may be brighter for Boeing and the aerospace industry than is thought.

The company’s sales also declined over 35% in Q2 of 2019 from 2018’s sales. In the Aerospace and defense industry, it recorded a revenue deterioration of over 5%. Overall, it lost in Q2 net income compared to last year. However, things are about to improve.

According to a recent report by Business Insider, Boeing investment is about to take off due to the U.S. trade mission. The company met with 34 UK aerospace suppliers to further boost its long-standing partnership with the UK Government and to double its presence in the country. The aerospace industry in the UK is a major player in the UK government’s global trade promotion work and having turned £39 billion in 2018, is likely to boost Boeing’s market as the significant partnership between the two grows.

In the short term, Boeing stock are facing stiff resistance and is a confluence area. This may trigger BA to go down from here as the traders might show more interest in shorting the stock.

However, in the long run, Boeing stock look promising. Since its inception, the BA stock is doing good overall. The stock could be a viable option for traders who want to invest in the leading aerospace company for the long term.

Technical Analysis for BA by TradingView

Another potentially profitable aerospace stock you should consider investing in is that of aerospace and defense technology company, Northrop Grumman (NYSE: NOC). It is currently the leader in the manufacture of stealth strategic bombers globally and is gaining more grounds with its expertise being sort after by U.S military.

The company recently won a $1.4 billion deal to deliver 9 Hawkeye jets which it is known for producing. The contract, which is valued at $1.36 billion, was awarded by the Naval Air Systems Command, Patuxent River, Maryland is to deliver the nine advanced Hawkeye aircraft to Japan.

Also recently, the company’s business unit, Northrop Grumman Systems, clinched another deal with the Defense Logistics Agency Aviation, Philadelphia, PA to deliver Multi-Function Active Sensor Radar Systems for the MQ-4C Triton unmanned aircraft system. The deal which is worth $375.8 million is due for completion by the end of December 2019.

The U.S. Defense Department in Washington D.C has also awarded a contract worth $1.39 billion to the company for the production, maintenance and engineering technical services for the Embedded GPS Inertial Navigation System Modernization (EGI/EGI-M) system. It deal of $495 million was made for the modernization and maintenance of the E-8C Joint Surveillance Target Attack Radar System (JSTARS) aircraft.

As evident from the several contracts Northrop Grumman has won, the company’s future is quite bright both in the industry and, possibly, for its stock. Its price per share rose over 20% so far in the last year and currently has a strong buy signal according to technicals on TradingView. If you are considering going into aerospace stocks, then this is an option you should consider.

Moreover, the NOC YTD chart confirms the uptrend continuation for the Northrop Grumman stock. Since the start of 2019, the candles are respecting the ascending channel.

Technical Analysis for NOC by TradingView

Aircastle (NYSE: AYR) Limited is a U.S based global company known for leasing high utility commercial jet aircraft to customers globally. Its operates offices in Dublin and Singapore in addition to the head office in Stamford, Connecticut, USA. It currently owns about 250 jet airliners, both narrow-body, and wide-body types, which are leased to over 85 airlines around the world. Its stock have been trading on the New York Stock Exchange under the ticker symbol AYR since August 8, 2006,

Though the company has weak fundamentals for a short term investment strategy, it is desirable for investors in search of a high dividend stock. The stock also has a long-term rising potential that makes it ideal for long term investment. It is also a highly profitable company, thanks to its outperforming net margins.

Airecastle also reported an increase in a short term interest in August totaling 1,052,900 shares, which represents an increase of 6.2% from the July 31st total of 991,500 shares.

On the 6th of August, the company reported earnings of $223 million, surpassing $212 million that analysts expected. In general, year-over-year revenue increased by 9.4%.

The YTD chart confirms the uptrend and marks the significant support within $19 price levels.

Overall, AYR stock and its potential for long term investment is a viable option to have in mind. The asset is steadily climbing up since 2009 when it started to resurge after the decline from $40 to $4 price levels.

Technical Analysis for AYR by TradingView

Lockheed Martin Corporation (NYSE: LMT) is a globally recognized company known for aerospace, defense, security, and advanced technology. Its fame cuts across all continents and countries on the globe it is one of the largest in its niche with a long history of the United States contracts awarded to it which add up to millions of dollars.

The defense contracts company’s revenue grew by 7.68% in the second quarter, an addition to the 2018 second quarter. The company’s net income increased 22% in the same quarter year-on-year. The shares have grown over 120% in the last five years and 49% year to date. This has been mainly because of the increased patronage from the United States Government, which has led to a surge in defense stocks.

Apart from the U.S government, the company also expects patronage from other governments around the world for its F-35 Joint Strike Fighter, which alone accounts for 30% of the company’s total sales so far.

Its stock has maintained a reasonably constant price since 2017, the price started surging significantly in August this year. This pattern is likely to continue with the company’s expected contracts. Trader ‘WBG20’ suggest, that once LMT hits $382 levels – it’s a good time to enter.

Apart from its giant strides in the aerospace industry which is likely to bring long term gains and growth for its stocks, the company’s stock currently has strong technicals that point to a buy for investors looking to get into the aerospace stocks. The all-time price chart for Lockheed Martin shows that the company is living the momentum.

Technical Analysis for LMT by TradingView

Like the others, ASR has a lot of potential as a long term investment. The company recently reported an increase in total passenger traffic for August. The total traffic increased by 4.8% compared to that of August 2018. For Mexico, there was an increase of 0.4% and 7.6% in Puerto Rico and 16.1% in Colombia.

After trading sideways since April to June, currently, ASR lies in the upper part of a wide and falling trend in the short term. This presents a good buying opportunity for future long term profits. It also holds buy signals in both the short and long term with low risk. Moreover, once the A-B-C-D pattern is validated within the $160 price levels – it could be a good time to open a position.

Additionally, Marshall Wace LLP reportedly raised its position in ASR also in the second quarter, acquiring an additional 1,279 shares to have 23,338 worth $3,784,000 according to its SEC filings in the second quarter. With the potential for the aerospace industry to boom and ASR’s fundamentals, it is a worth to be considered investment, especially now that the price is low.

Technical Analysis for ASR by TradingView

These are the 5 aerospace stocks to invest in. Investors, however, have to do their due diligence and research to determine the suitability of each stock for their investment goals and needs. Also, watch out for announcements from the companies as they can provide more clues that will serve to guide in decision making concerning aerospace stocks.