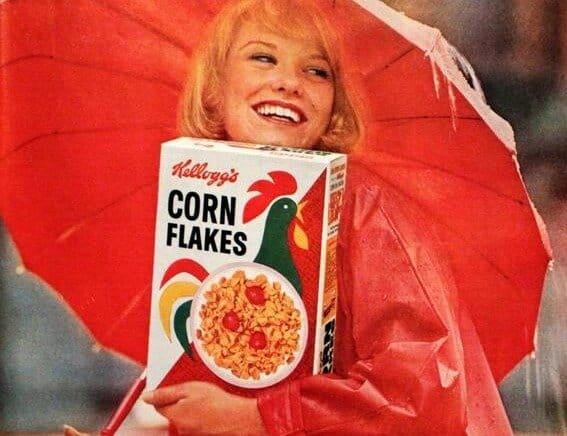 A select group of consumer staple stocks could be well positioned to rise while people continue to stay at home in the US amid the pandemic, according to analysts.

Both Steve Chiavarone from Federated Hermes and Todd Gordon from Seaport Global Securities agree that certain names are well placed to take advantage of the reliance on staple goods throughout the coronavirus pandemic, while others that are heavily exposed to restaurants may underperform, at least for now.

In an interview with CNBC’s Trading Nation, Chiavarone highlighted that his firm is dividing staple stocks into two groups: “stay-at-home-exposed names” and “restaurant-exposed names”.

Chiavarone says that since the virus has resurfaced in some key states certain names – including Mondelez, Simply Good, and Kellogs – should continue to outperform, based on that analysis.

“It’s really all about the pace of reopening”, said the Federated Hermes trader.

The Kellog Company (K) could be among the most interesting plays within the group, as the stock has managed to break above its upper trend line only a couple of days ago, which could put the shares of the Michigan-based cereal producer on track to retest their all-time high of $75 in the next few weeks, or even days. 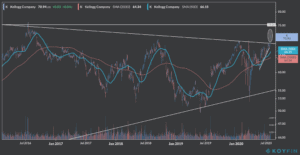 Meanwhile, Gordon emphasized that staple stocks as a group are trading at about 20 times next year’s earnings with a 5% forecasted growth, which if compared with the valuation multiple of 24 seen in tech stocks – which are estimated to grow 14% – they seem like a “fairly fully valued” segment of the market.

What happens if a vaccine comes into play?

According to Chiavarone, a vaccine could be a game-changer for staples, as stay-at-home players will take the back seat and restaurant-exposed stocks may gain some momentum as people will probably start eating out more often.

“So from our perspective, we’re leaning towards the stay-at-home portion, but we’ve got a real watchful eye on the restaurant-exposed names here”, Chiavarone added.

The importance of dividends

Given the current low-interest-rate environment the US is in, Chiavarone thinks that companies that can to maintain their dividend are going to trade at a “premium”.

In this regard, he said: “We think it’s hugely important because it really is not only a sign of health and defensiveness, but income that a lot of investors are looking for and having a hard time finding elsewhere”.

Consumer staple stocks and ETFs can be traded with one of these stock brokers or by using one of these free stock trading apps.