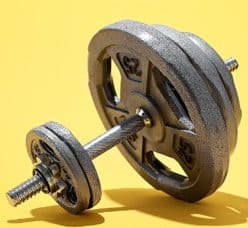 When it comes to bond funds, bigger is definitely better. At least, it is if you’re Bill Gross or Larry Fink, who between them manage more than $3 trillion of debt.

Their firms, Pacific Investment Management Co. and BlackRock Inc., along with some of the largest hedge-fund firms, including Bridgewater Associates LP and BlueCrest Capital Management LLP, have more than doubled their investments in debt. While, Wall Street banks are shrinking their stakes in bonds.

This lopsided bond market has caught the attention of the U.S. Securities and Exchange Commission. Who are examining whether the biggest players are getting preferential prices and access because of their influence, the SEC is also worried about what happens when the five-year bond rally ends as U.S. policy makers prepare to raise interest rates.

With the biggest funds’ dominating the market, it makes it harder for everyone to sell when the Fed boosts borrowing costs from record lows and sends bond prices tumbling. In essence, their selling may crowd narrowed exits, making it more painful as all investors race to get out of a falling market.

“It’s going to be interesting to see who’ll take the other side of the trade if there’s a meaningful sell-off, which presents a huge risk,” Arthur Tetyevsky, a credit-trading strategist at Imperial Capital LLC in New York told Bloomberg. “We’re much closer to the end of the rally, that’s for sure.”

There is another problem with a small number of large players dominating the market. Most bonds are traded over the phone rather than on exchanges, like other securities. This results in an opaque pricing structure, with dealers often giving bigger investors better prices in return for all of the business they do with the firm.

Regulators are examining to what extent smaller buyers are disadvantaged by this process, and whether the behavior constitutes market manipulation, according to two people with direct knowledge of the matter who asked not to be identified because the probe hasn’t been made public.

“For the do-it-yourselfer, the disadvantages are growing by leaps and bounds,” said Marilyn Cohen, who manages $315 million of corporate and municipal bonds as founder of Envision Capital Management Inc. in El Segundo, California. “There’s a smaller and smaller market for money managers that aren’t the size of BlackRock and Pimco.”

ETF Trends: – Municipal bond ETF rally still has legs. –  Municipal bond exchange traded funds are moving in their best rally in five years, with yields near the lowest since June, and there may be more room to run.

Upset Reviews: – The Invesco Value Municipal Income Trust (IIM) an idea for a stream of Income when stocks are down. – Stocks were down last week. And High Flyers like Facebook, Amazon, and Twitter have dropped intensely. Finance folks have been forecasting that it’s the start of a long winded bear phase in the markets.

Businessweek: – Citigroup signals end of CCC bond rally with sell recommendation. – Investors betting that the lowest rungs of the U.S. junk-bond market will continue to deliver superior returns may be disappointed, according to Citigroup Inc. credit strategists.

CNBC: – Detroit settlement approved—at what cost? – A federal judge’s approval of Detroit’s settlement with two banks over a deal that helped plunge the city into bankruptcy marks a turning point in the city’s reorganization.

Donald van Deventer: – Projected T-Bill rates peak at 3.92% for 2021, down 0.13% from last week. – Forward Treasury rates declined relative to last week for the first 8 years of a 10-year projection.

SeattleTimes: – Funds may run from corporate bonds when interest rates rise. – Mutual funds have purchased about half of the company bonds that have been added to the U.S. market since 2008, equivalent to about $1.5 trillion of assets, according to Morgan Stanley.

FT: – U.S. equities sell-off fans junk bond fears. – A bruising drop in US equities at the end of last week is fanning concern that investors are poised to reassess lofty valuations in the junk bond market, potentially triggering a sell-off in the riskiest kind of company debt.

WSJ: – Is it time to dive back into emerging-market bonds? – In recent years, investors have shifted into funds that purchase bonds and other kinds of debt with high yields issued by nations such as Mexico, Brazil, Turkey, Russia, as well as debt sold by companies in those emerging markets. These investments have come under pressure over the past year, as the U.S. Federal Reserve has signaled it will slow efforts to push interest rates lower and investors have shifted attention to developed markets.

LearnBonds: – Here’s where to find real yields today. – Finding yield in today’s market is difficult, but not impossible. Financial Lexicon tells you where you should be looking.

Investing.com: – Equities vs. bonds: No one’s winning. – There has been a battle brewing since the beginning of the year in the securities markets. After just 3 months some of the rhetoric is getting downright smug and nasty too. As for Treasury Bonds, they have also been in a battle. Macro focused traders see rates backing up, but some others see a rally in bond prices. What has actually been happening is a slow slog to the right.

Gary Gordon: – ETFs Of CEFs? Yield shares high income ETF impressive since inception. – Before exchange-traded funds (ETFs) became widely accepted, the closed-end fund, or CEF, offered investors the ability to trade a diversified investment throughout the day. CEFs have a fixed number of shares such that supply and demand determines share price. Yet those prices frequently trade at a significant discount or premium to the actual underlying holdings.

The Street: – Great rotation? ETFs encounter a different kind of shift. – You remember the predictive theory that ultra-low yields would encourage investors to rotate out of bonds and into stocks. The notion picked up steam shortly after the Federal Reserve announced its intention to taper its quantitative easing (QE) program in May 2013.

Business Recorder: – Shorter-dated U.S. bonds up. – The perceived dovish tone of the minutes, from a March 18-19 Federal Open Market Committee meeting, sparked a wave of buying of short and intermediate government debt, pushing yields to their lowest levels in three weeks.

#inflation is bad for bonds, so is misunderstanding Fed minutes – changed view on the 10 year here.

Private activity bonds have always been unnecessarily vilified by folks who have no idea what they are used for.