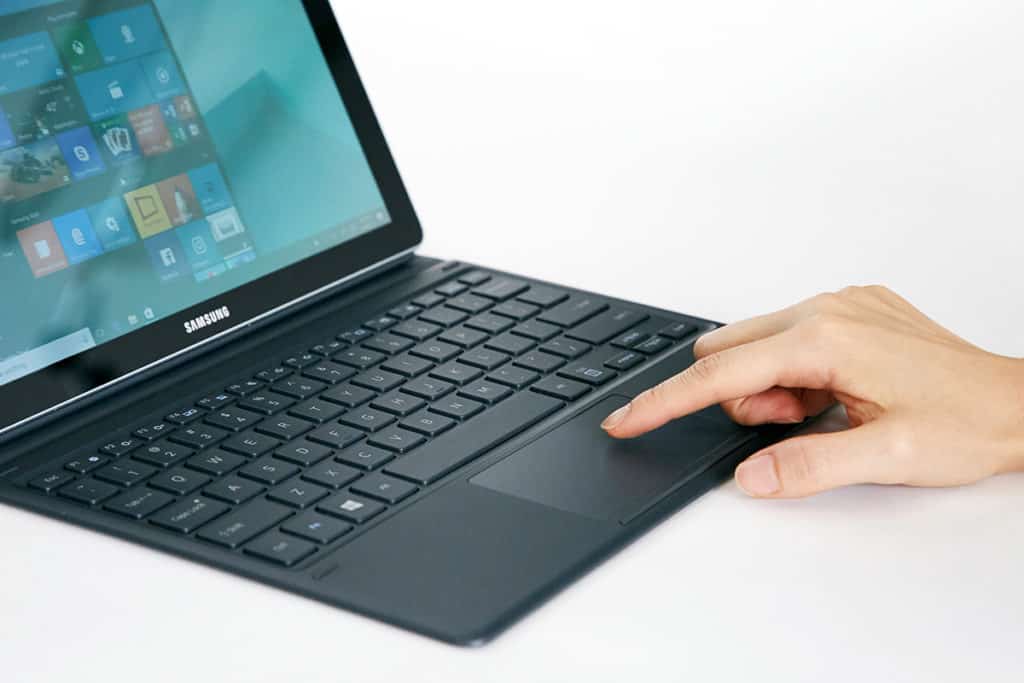 Samsung unveiled a new 2-in-1 tablet, called the Galaxy Book, at Mobile World Congress 2017. It is a Windows 10 device that comes bundled with a stylus and keyboard case.

Samsung said that the Galaxy Book is designed “to offer mobile professionals a productivity powerhouse that allows them to maximize their efficiency whenever and wherever they wish.”

With the Galaxy Book, Samsung is taking aim at Microsoft Surface Pro.

Let’s take a look at specs of the Galaxy Book.

Featuring a full metal design, the device is thin and lightweight. Its keyboard cover is available in black or white. The curved, island-style keys are well spaced to reduce typos and feature an adjustable backlight. The cover allows users to prop up the screen at various angles.

The 12-inch model’s Super AMOLED display and the 10.6-inch edition’s TFT screen both support 4K video playback. Samsung claims that their batteries charge fast and provide up to 10 hours of power for the 10.6-inch model and up to 10.5 hours for the 12-inch.

“Combining powerful, PC-level performance with the signature convenience of the S Pen, Samsung’s Galaxy Book 2-in-1 device is less of a tablet and more of a highly portable personal computer,” Samsung said.

According to the reviewers, the Galaxy Book is a strong competitor of the Microsoft Surface Pro 4.

The Galaxy Book is much more similar to the Surface Pro tablets, according to a review published on PC Advisor by Jim Martin.

There is no word from Samsung on price or availability of the Galaxy Book. So “we can compare the Galaxy Book with the Surface Pro 4 only on specs currently,” writes Martin.

But one thing that is safe to assume that the Galaxy Book will not be more expensive than the equivalent model from Microsoft.

Looking at specs, it seems that the Galaxy Book will be powerful than the Surface Pro 4.

The first notable difference is the Galaxy Book comes bundled with a stylus and keyboard case. But people have to separately buy a keyboard for the Microsoft Surface Pro 4.

According to Martin of PC Advisor, it is “too early to give a verdict on which of these 2-in-1s is best.”

“Much will depend upon how Samsung prices the Galaxy Book models, and then how they stack up against the equivalent Surface Pro,” Martin writes.